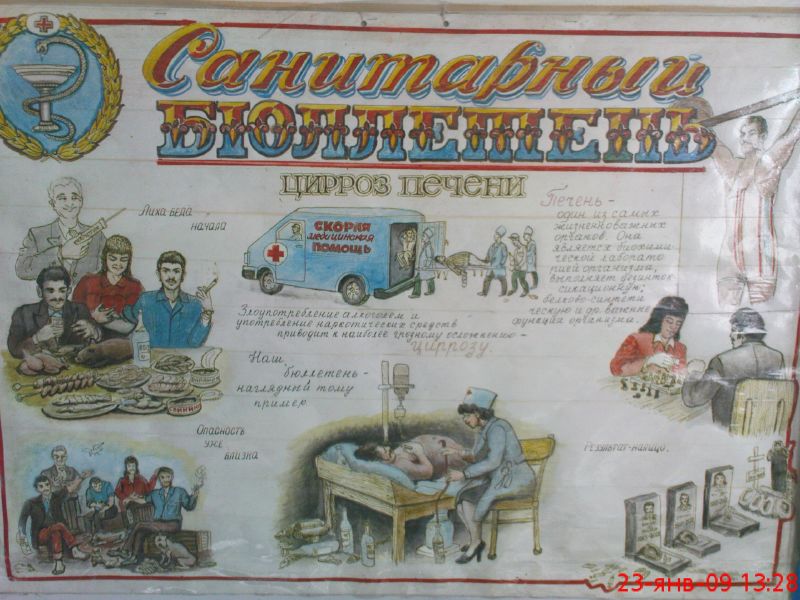 This social stuff is, like, tend to be part of an anti-drug-using campaign.

Let’s take a closer look on what this all about… 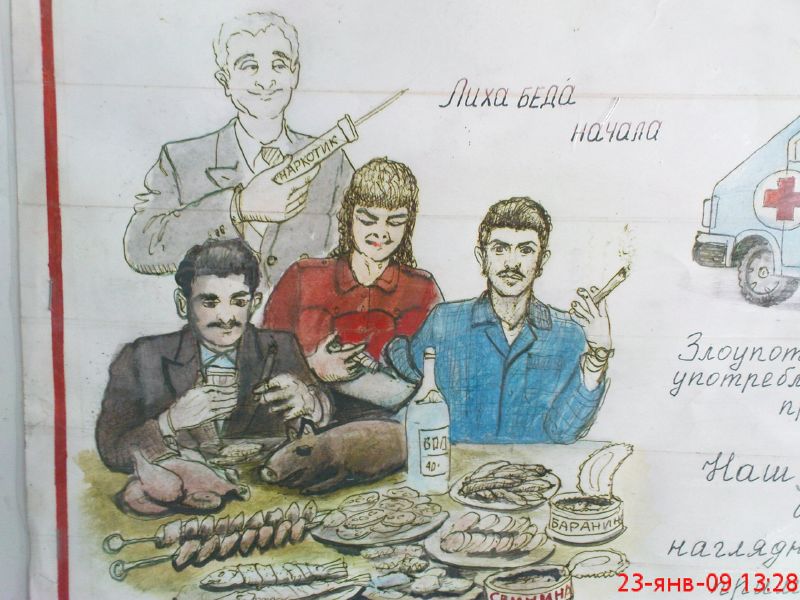 “How it all begins: Some rich folks having plenty of vodka and meats start mixing vodka and probably some drugs – see one man is holding glass and another is giving his hand for a shot to the lady. Remember this lady, we’ll meet her one more time later. And who is that man with a giant plunger – is he going to make a douche of heroin to somebody with this thing?” 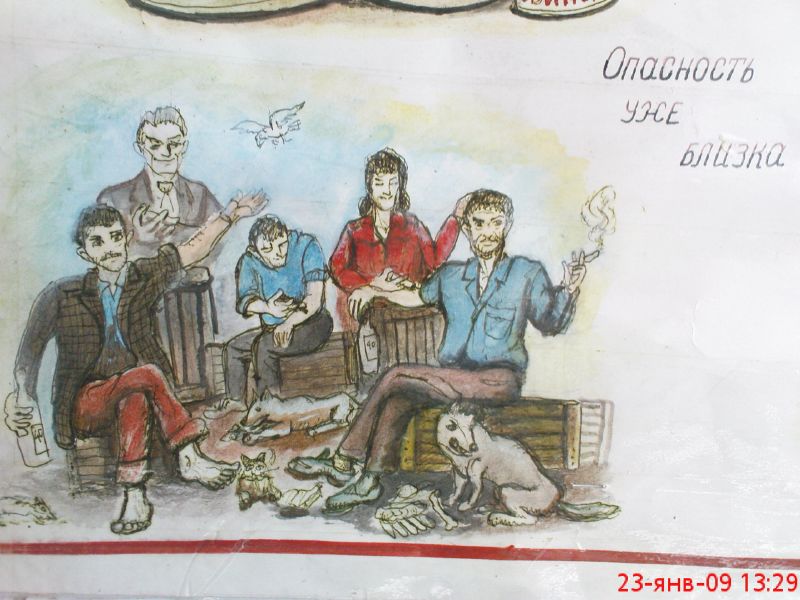 “Now same people but at the dump. They are still mixing vodka and drugs. And now they have a nice detail – see that smoking cat? They taught the cat to smoke!” 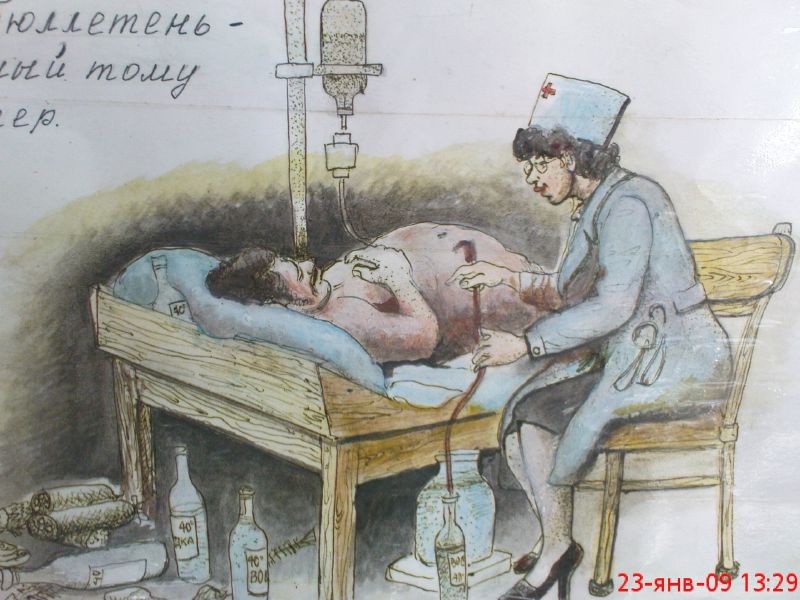 “No the doctor lady tries to save life to one of those from above, it looks that this picture is merely OK, if not to mention the look doctor’s legs” 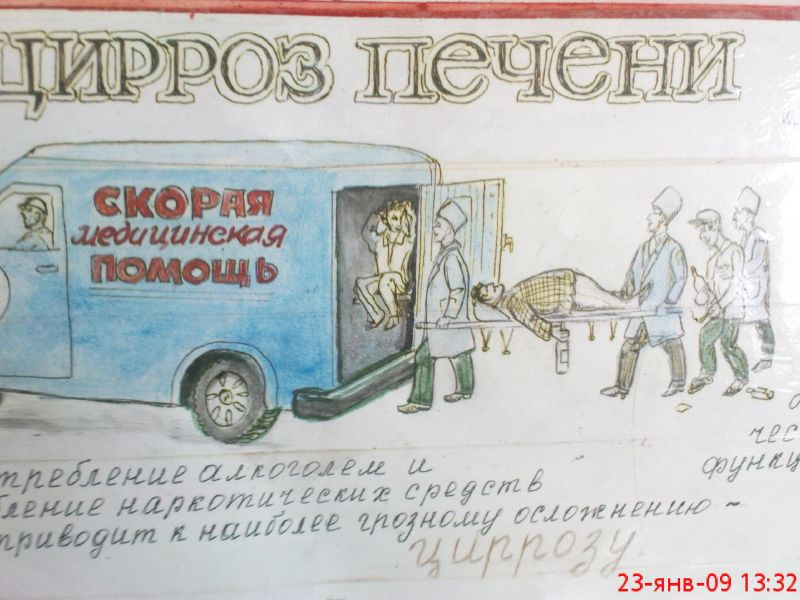 “Oh no, the treatment didn’t help, he is feeling much worse, but stop, what do Pushkin do in the ambulance???” 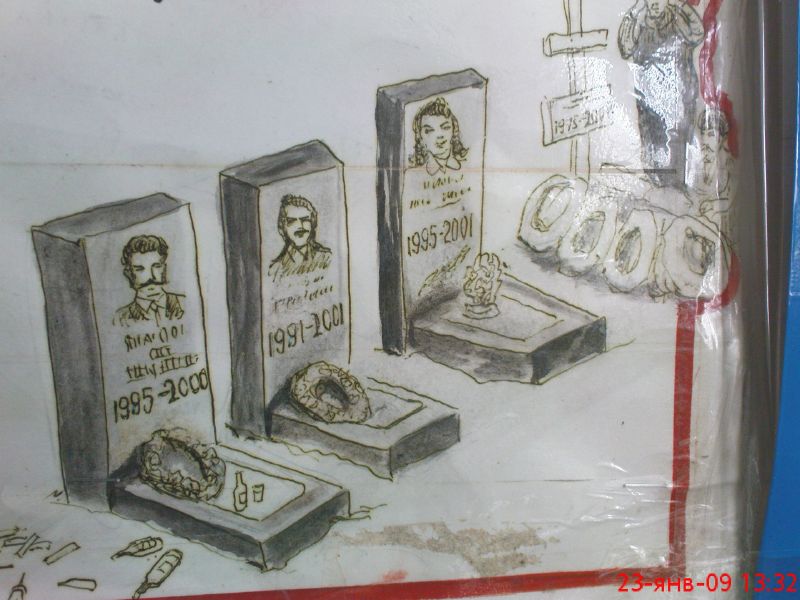 “Now the final part: everyone died… very young. Just look at the dates on the tomb stones” 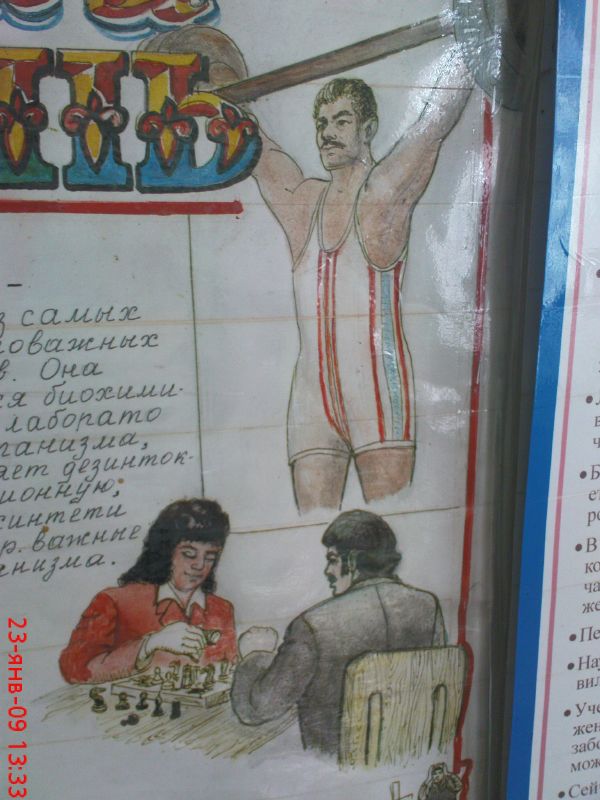 “But do you remember that injecting lady in red? She seems to feel well, she has done her job!”

Those comments are translated from Russian.