It can look bit crazy, but it seems that there is a widespread train in Russia to organize Orthodox-Christian churches in old railway cars.

It could seem like it’s a modern phenomena but bit retrospective digging reveals that some of them already appeared when the railroad itself appeared in Russia. 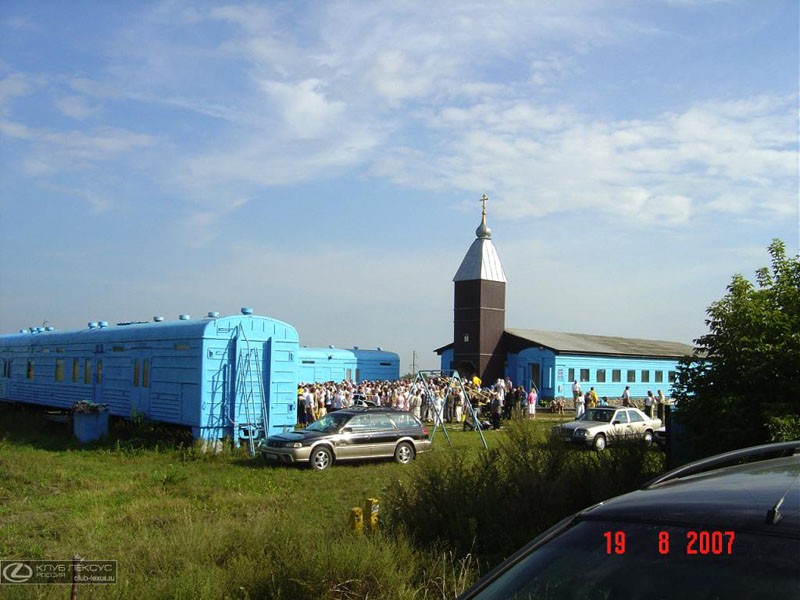