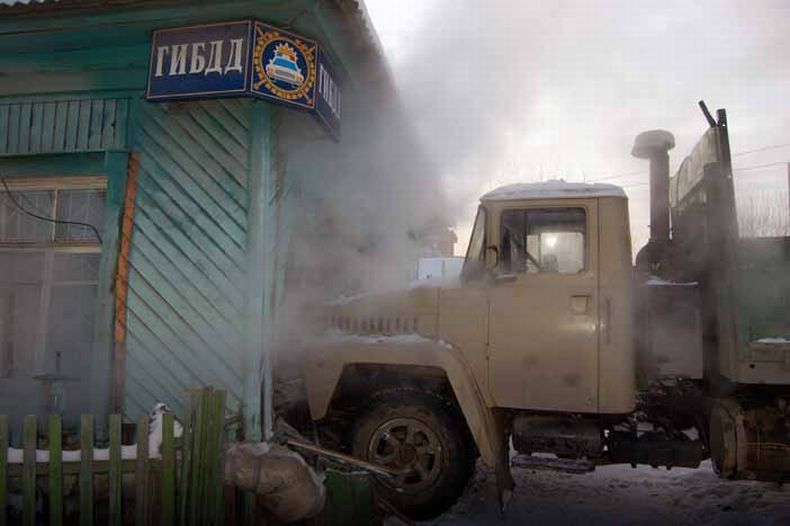 This happened a few days ago in Sverdlovsk region, near Yekaterinburg city. The guy, the truck driver had been penalized by the road police and was temporary deprived of the right to drive for some months. He was very angry for road policemen just because it was his job and being deprived of the drivers license meant loosing job for him. Still, he kept himself quite after this.
Then a few weeks later his son was also penalized by the same local road policemen and his son’s driver’s license was taken by them too, meaning that now both of the men in the family lost the job. At this point he couldn’t keep this inside of him but decided to commit an act of revenge.
He took his old KRAZ truck got a good deal of speed and smashed it against the local road police office. The policemen in interview told later than they were so deeply shocked when in the middle of the working day a giant KRAZ truck suddenly broke though the wall of their office smashing the table with computers and heating pipes, causing the hot water sprinkle all around the office.
The driver was arrested and kept in jail, where as being told he was feasted and honored as a real hero. He said later “The only thing I feel sorry for is that I didn’t went faster”. 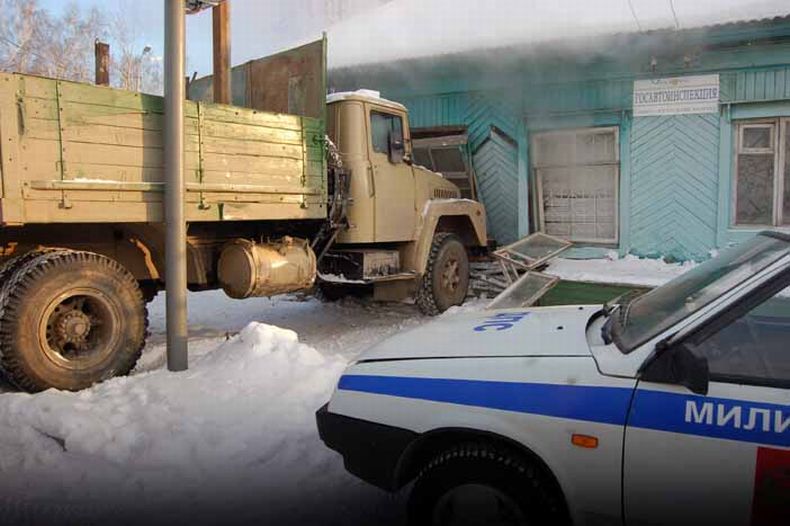 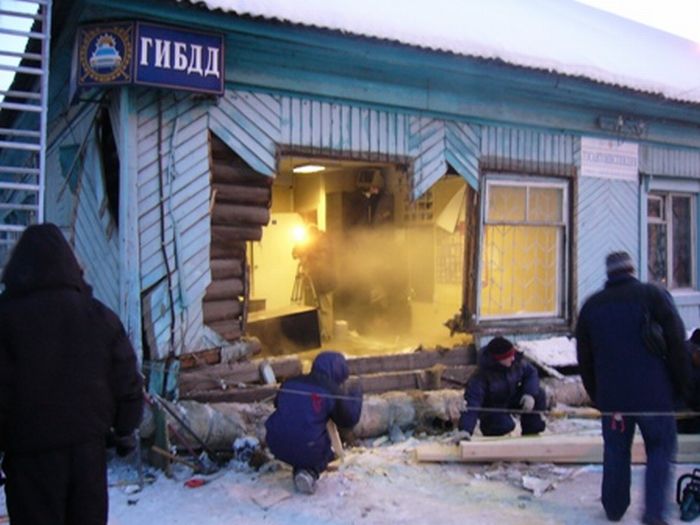 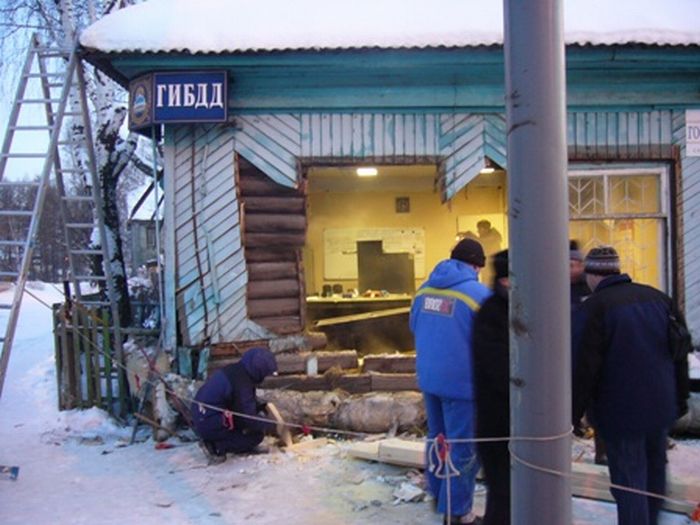