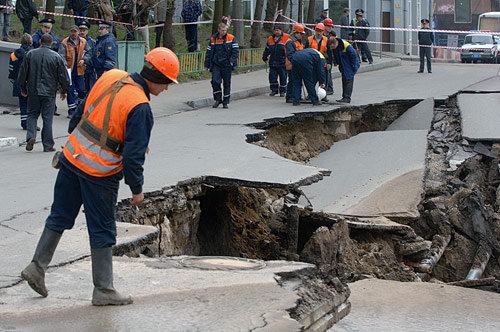 Every spring and summer, when the ground warms up after winter frosts here and there parts of paved road go underground.

Moscow authorities can’t say what is the reason for those things to happen and usually can just suppose but don’t know for sure. But Moscow geologists seem to know the answer.

“Moscow city stands on the top of the giant ancient volcano”, says scientist, “we call often Moscow – the city on the seven hills (as well Rome and some other cities) but just a few know that those seven hill actually are the ancient volcano structure. It doesn’t matter that it is not active for thousands of years already, still there are so called ‘fluid streams’ gases from the center of the Earth comes to surface through ancient volcanoes, they cause the tremors of the surface and ruining the roads and buildings in Moscow.”. He also admitted that around 15% of Moscow city surface can get under the ground. And there is still a chance that the volcano can wake up. “It’s not to clear what causes some old and forgotten volcanoes that were not active for years to wake up suddenly”. In this case all the city would be buried. 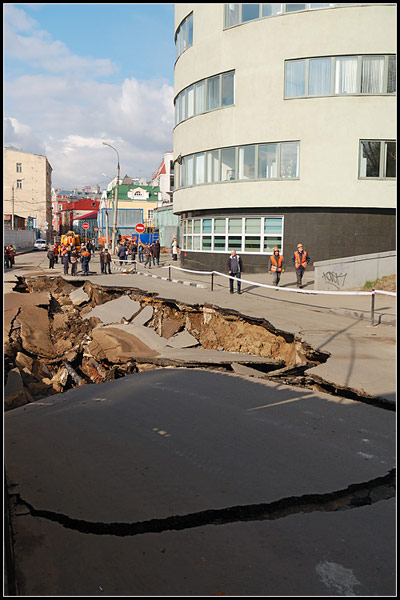 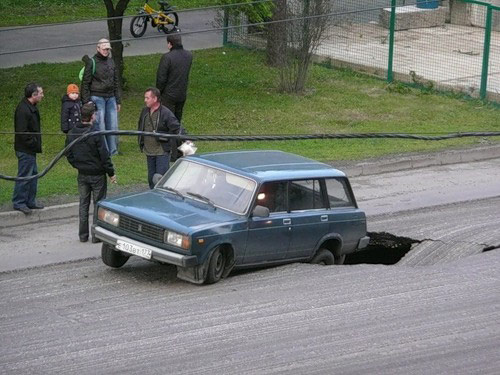 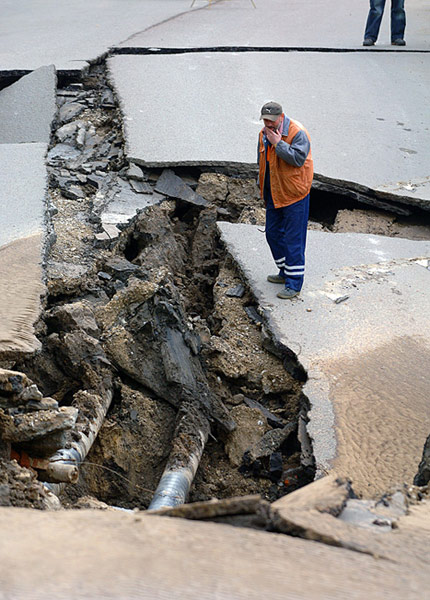 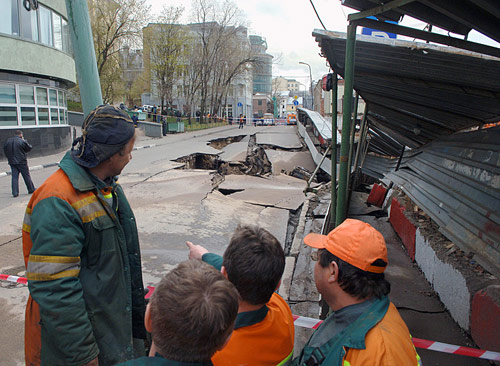 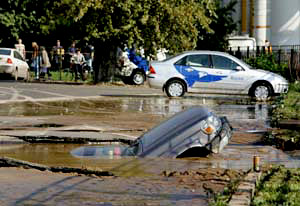 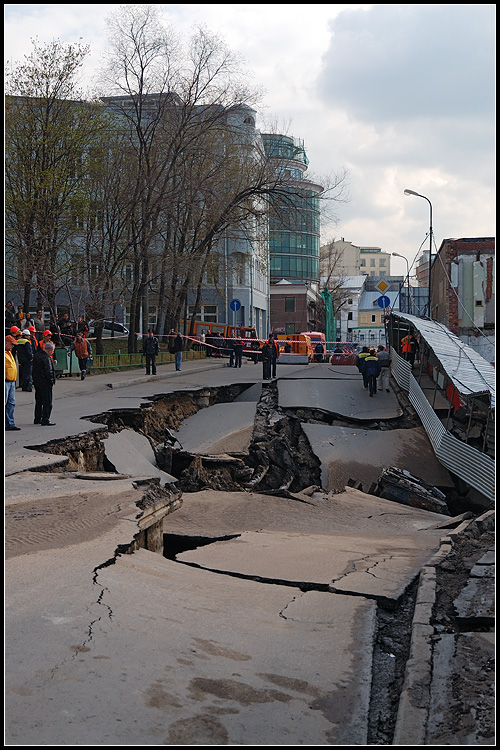 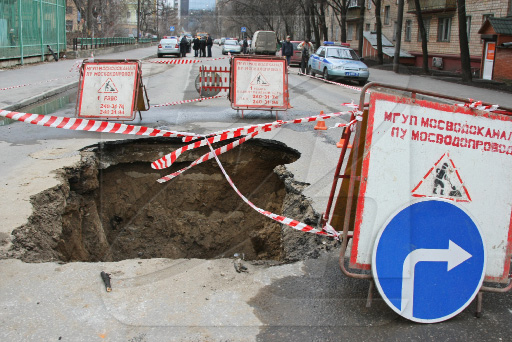