In Soviet times the underground train stations were praised as masterpieces of art by Russian society. Each one was in depth planned in the smallest detail by the best Russian architects and artists. All the stations were decorated with the best sorts of stone and marble. There were large mosaic art works devoted to the Soviet life on the walls on the floor and on the ceilings. People coming from Russian countryside were astonished when they first time entered the Russian metro, it looked even more triumphantly than the museum of Communist party.

Now, the times have changed. If in Moscow they still try to preserve those magnificent interior looks, in Kiev, Ukraine they decided that no any Soviet art work is worth of displaying, when you can earn one more dollar by placing the advertisements on almost every square inch of the free surface. Who needs marble when you can put SNICKERS ad on it? 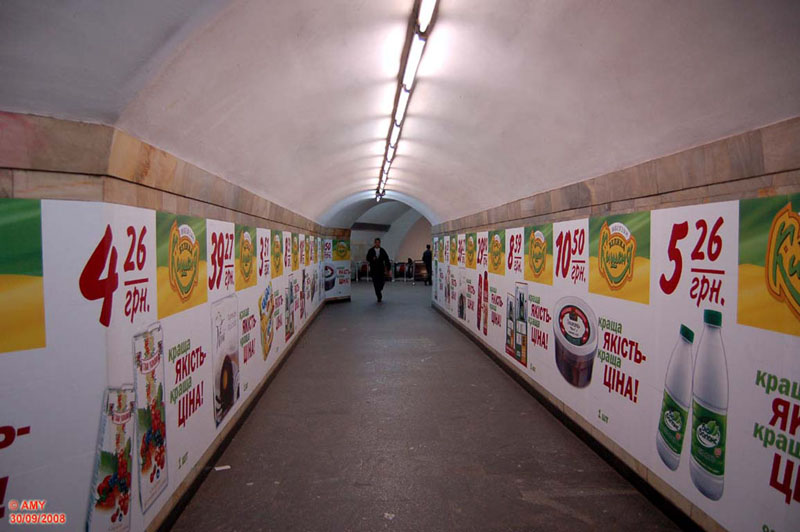 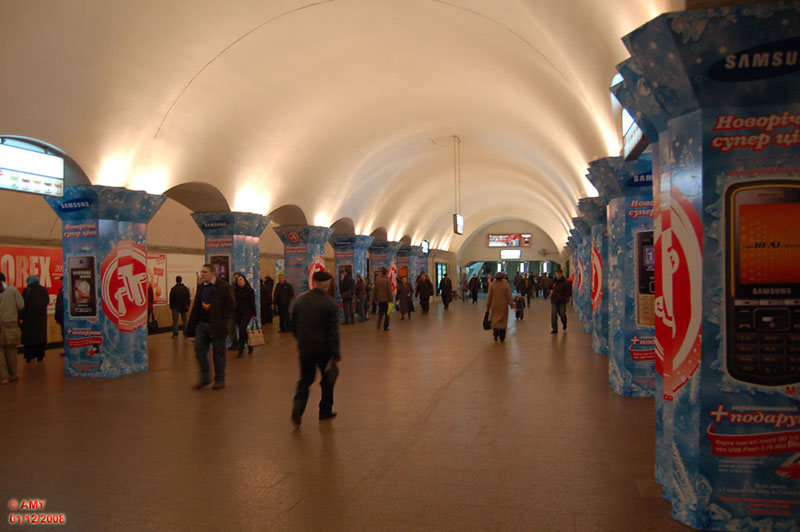 The trains themselves also suffered from this advertisement wilderness. All of them were totally
covered with ads, as from outside so is inside. Almost every square inch of surface was tried to be used. Just note those hand-rails – they have the ads on them too.