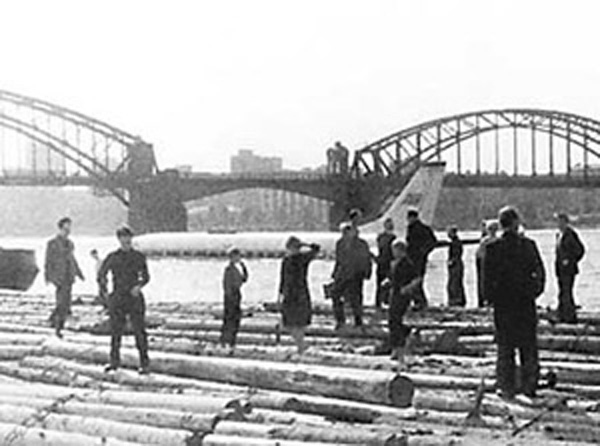 Most of us have seen those emergency instructions in case of water landing. Like, take the vest from under the seats, go to the emergency exit, first leave the plane then pull the ring and inflate the fest and etc., but not everyone knows that according to the official statistics material the survival rate in the plane which goes ditching is dreadfully low. In fact, they say, it is so low, that the crew doesn’t get any training for this case.

Still, sometimes, it works. In 1963, such water landing happened in Russia. It was even more remarkable by the fact that the big passenger jet plane has landed right in the center of St. Petersburg city with hundreds witnessed this event.

The story behind this landing was as follows. The TU-124 plane was a new model in Russian passenger air fleet back in 60s. It has undergone checks and tests, and was already approved for the use in the passenger aviation. This particular flight was just a regular flight across the Soviet Union, with a destination point of Tallinn, now the capital of Estonia. When the plane approached Tallinn and was going to land the problem arose: one of the landing gears couldn’t be released.

The crew tried all their best to release this stuck thing, but nothing happened. They went as far as chopped through the body of the plane with an axe to try to release the gear by hand, but even this didn’t help.

Then they got the order to land on the plane’s body, and to do that they headed to Leningrad, now St. Petersburg. There was an unpaved landing stripe near that city, they needed one to reduce the damage and the tension during such risky landing.

But before the landing could occur, they needed to burn out all the fuel left on board in order to minimize the fuel blast possibility. So they flew above the city in circles, waiting for it to be fully used. And then another defect of the newly approved plane arouse – the fuel meters were wrong, they showed that there is still some fuel left but it hasn’t – the engines shut down one by one and now they had no chance even to approach to that unpaved stripe.

So the only thing they left to do in order not to crash a plane full of passengers on the densely populated city center was a water landing. The crew captain did all his best to maneuver heavy jet with not working engines and finally he did it – landed right on the Neva city, the river of St. Petersburg.

It was a big luck – none got serious injuries after such a rough act, but then, the plane started to sink – remember that hole in the floor which they chopped trying to reach the stuck gear – the water was coming though at a pretty descent rate. And yet again they were lucky – there was a cargo boat going by the river which helped the sinking plane and towed it to the shore where already emergency services were.

It’s interesting no facts of this crash were ever published before the Soviet Union ceased to exist. Such a secrecy had an explanation – these jets were a huge export for Russia and the party did not want anyone to know about the accidents with them. Most of the film rolls were immediately confiscated
from the witnessing public. Some of those who’ve seen these told later that they thought it was just some new movie shooting. 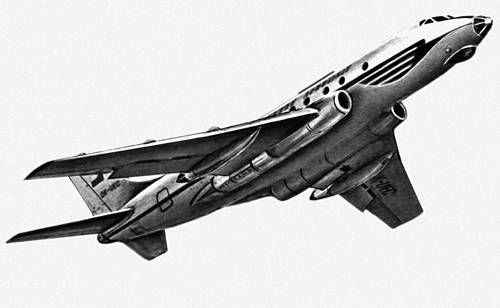 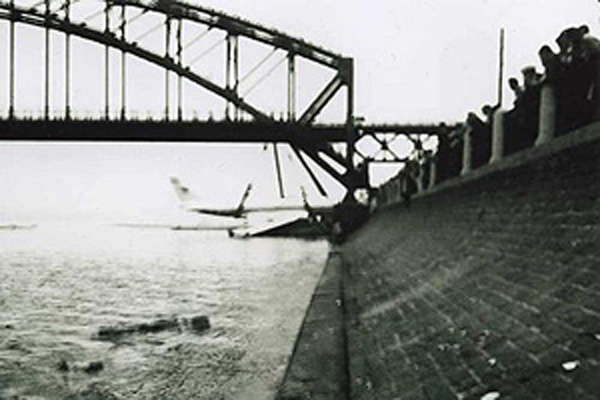 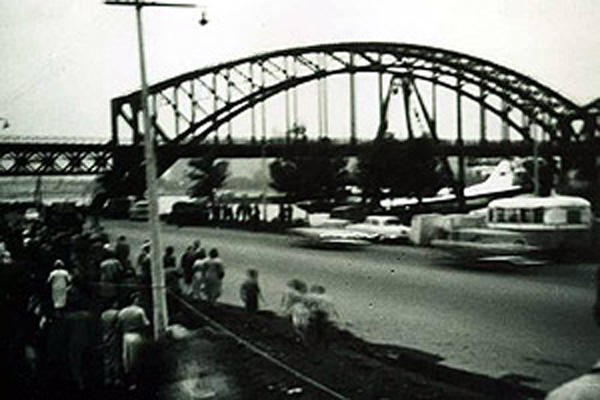 Sure, that occasion in 1963 was not the only one. There were much more, but not such picturesque as that one. For example those ones below are the same model of the jet, with again, stuck gear had to land to where it seemed to be more softer. It’s interesting that the one from the second picture is still in use. 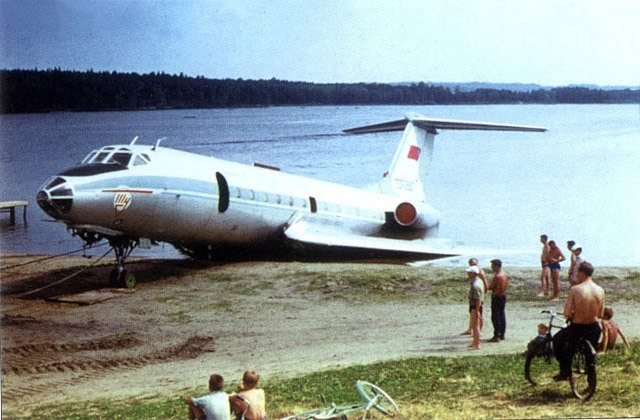 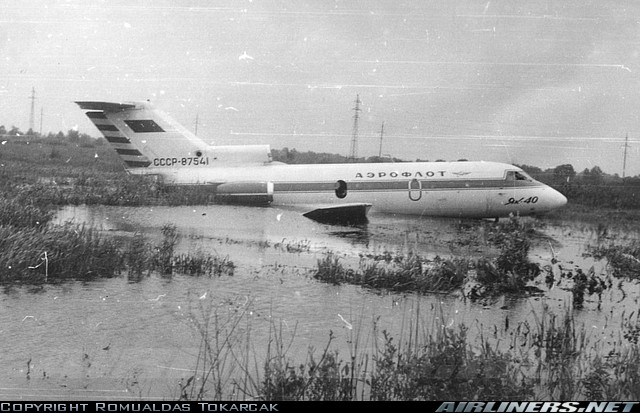