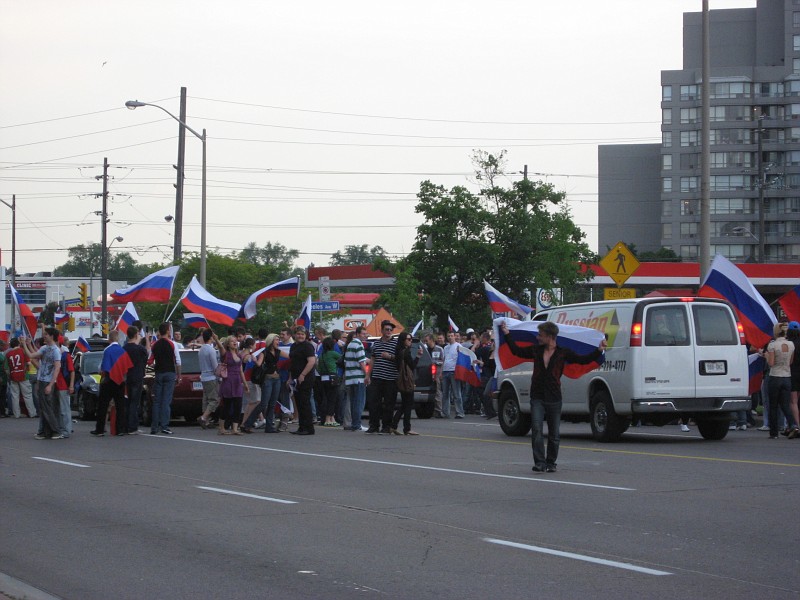 It’s ain’t no city somewhere in the middle Russia, it’s Toronto. An instant impulse caused by some sport’s win of the Russian team caused hundreds of ex Russian people getting all over the city. They had had the flags ready and handy in their cars and just a few seconds were needed to make a big crowd. It can happen to your city too! Nobody knows how much of the Russian flags stored around you. 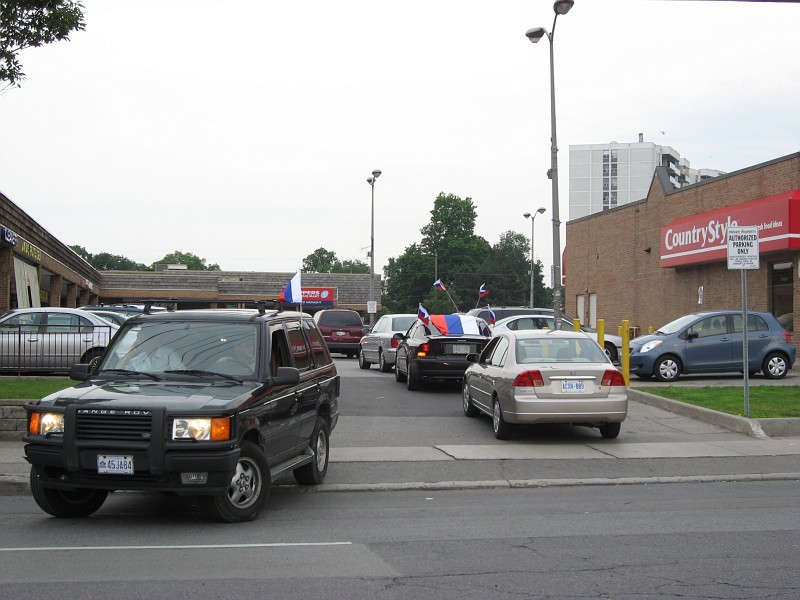 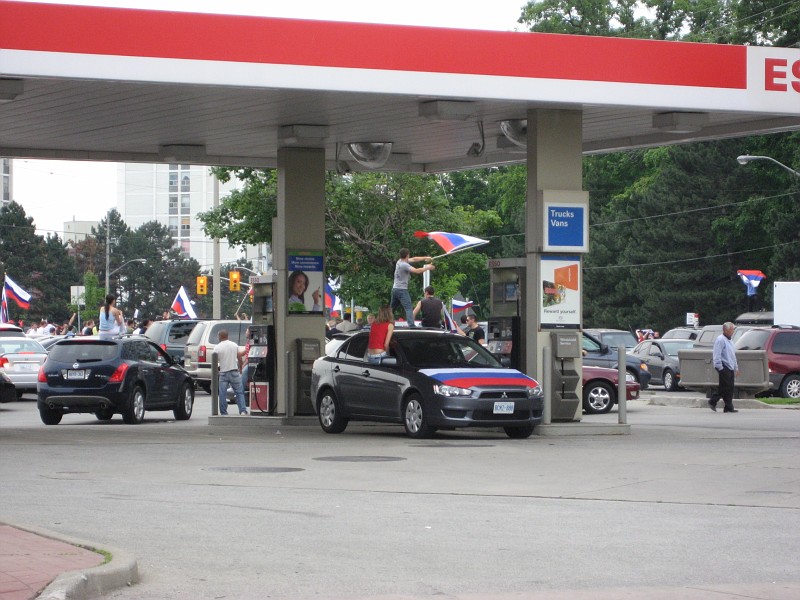 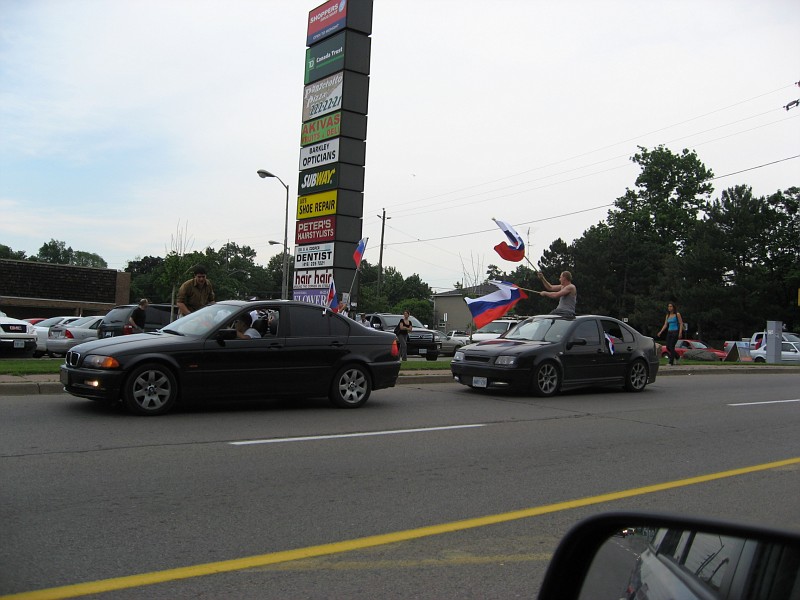 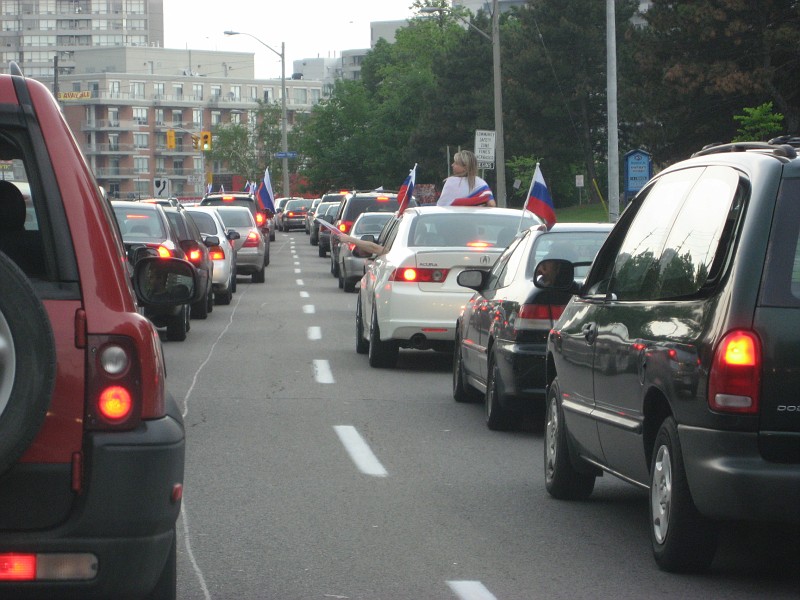 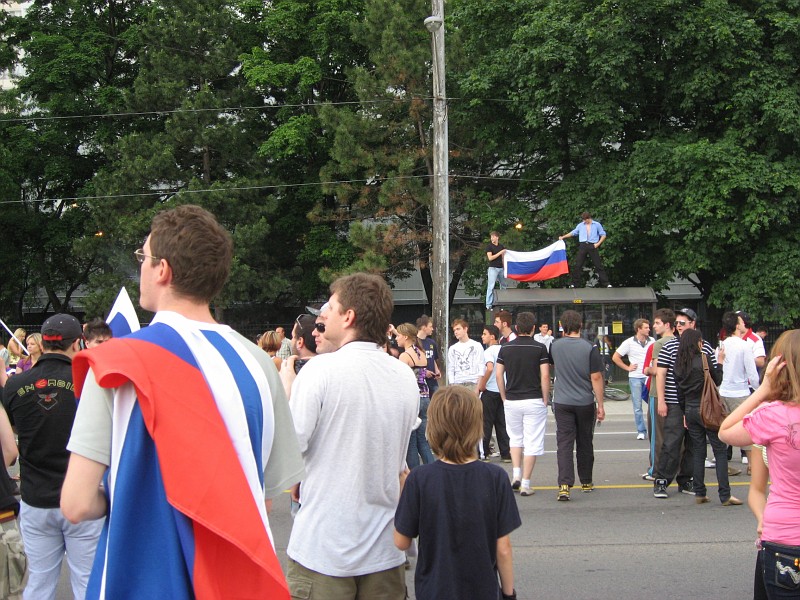 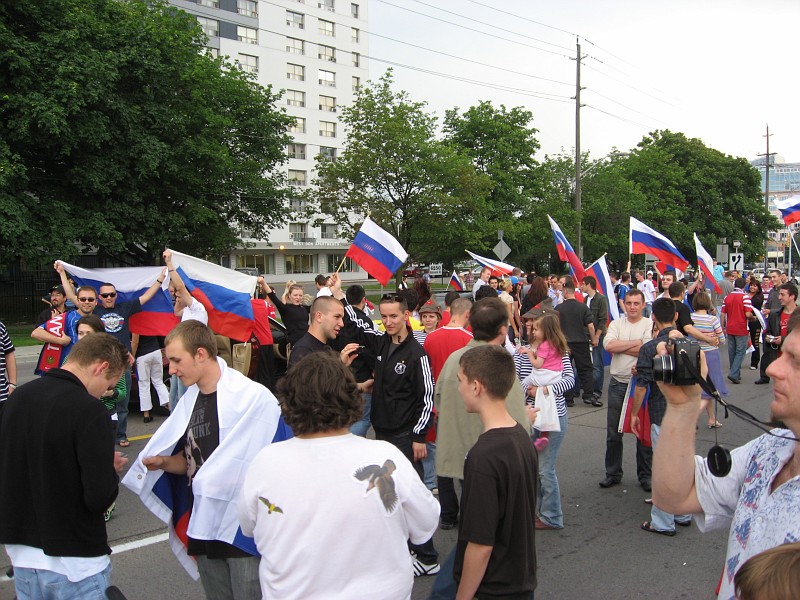 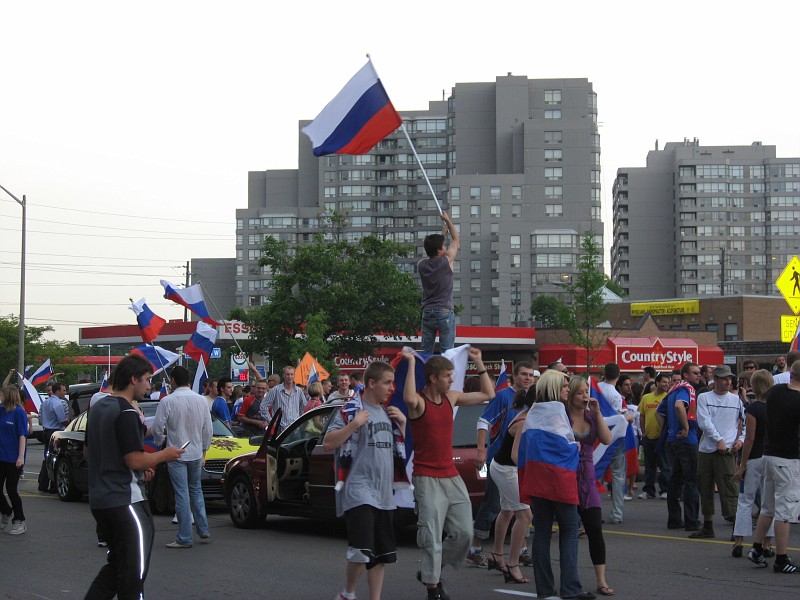 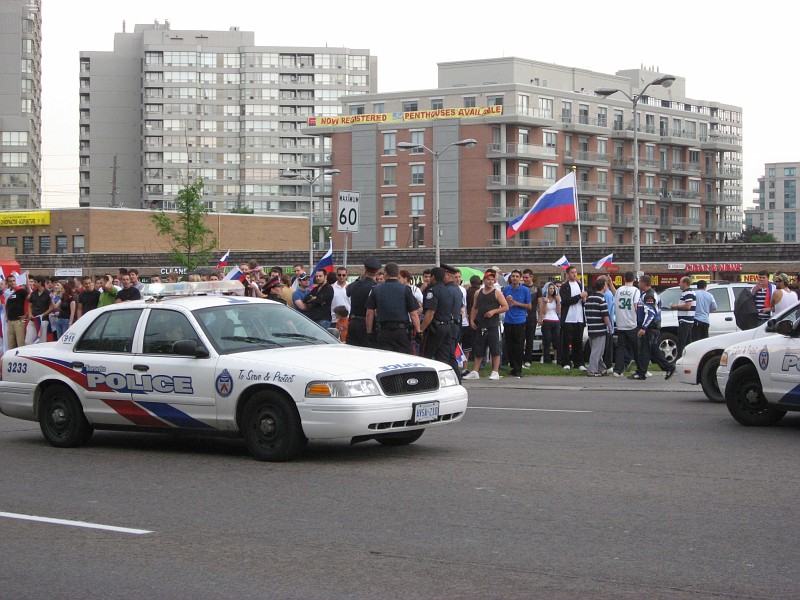 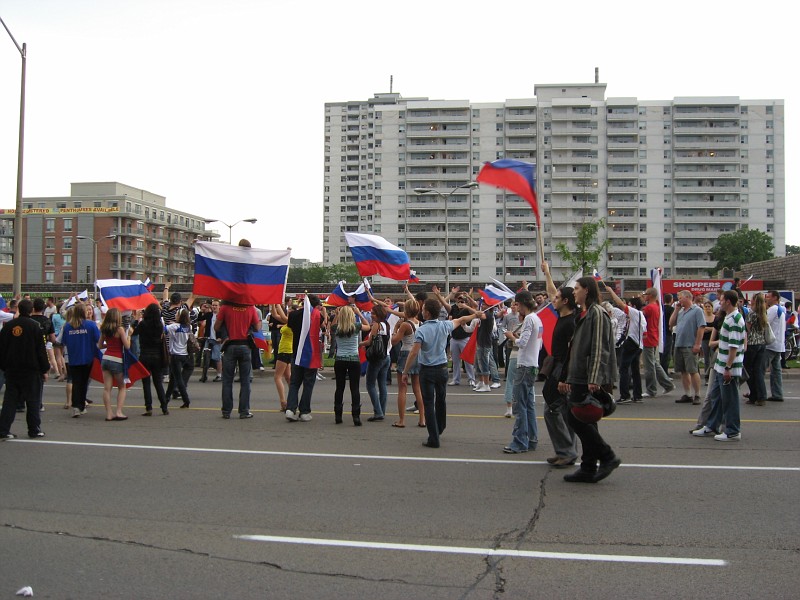 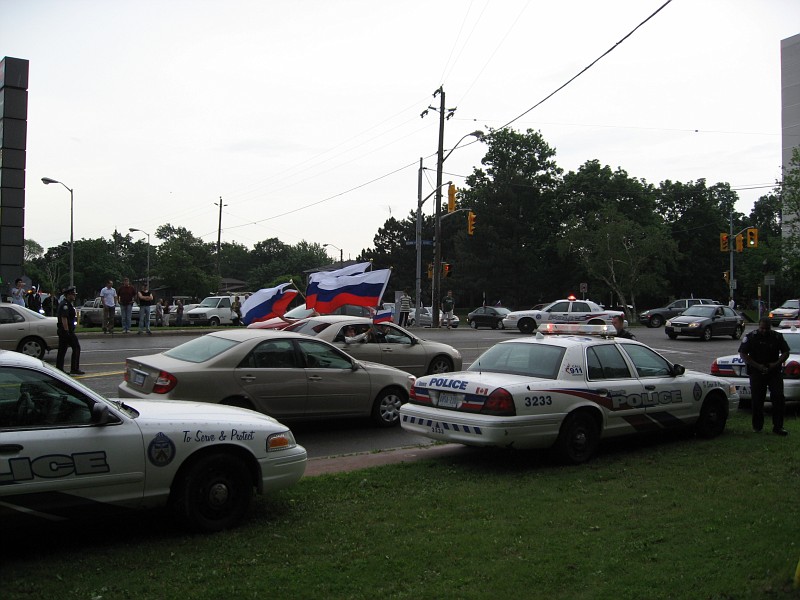 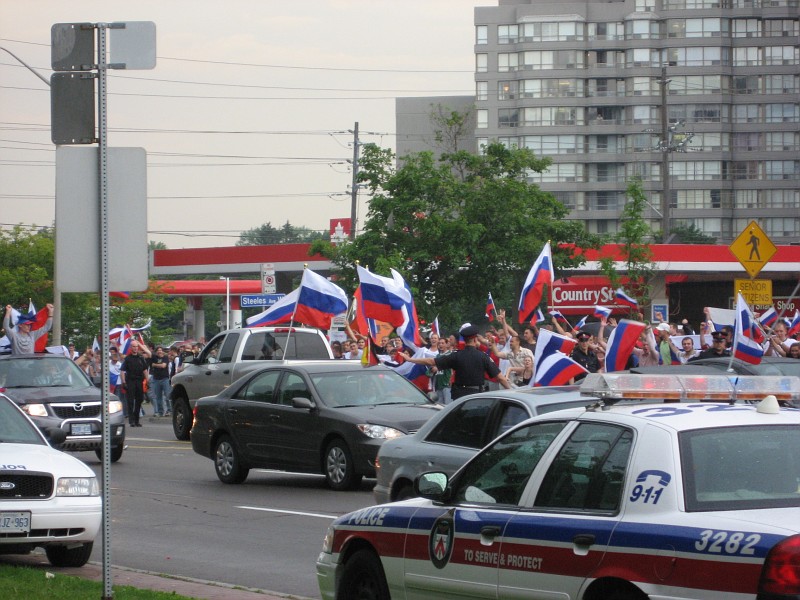 68 thoughts on “Ain’t no Russian City”