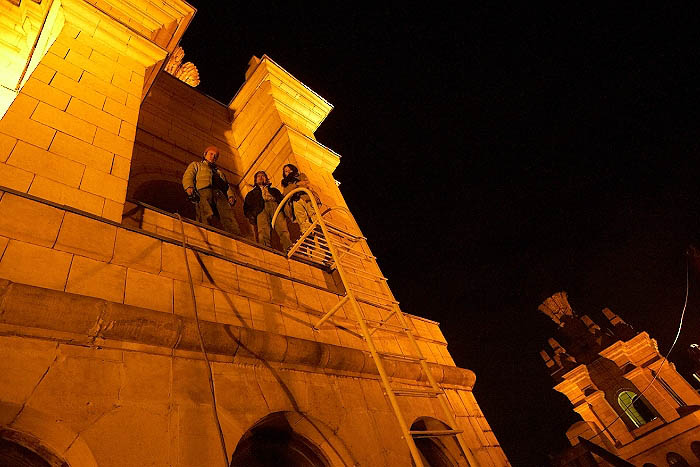 A few days ago a group of some Russian activists have climbed on top of the building standing across of the street before the Russian Federal Parliament building. They took some projecting equipment and a few minutes later a giant laser projected logo of skull and bones has appeared on the front of the governmental building for everyone to see. It’s unclear what was the purpose of the action, maybe they expressed their attitude to the pirate (skull and bones is a pirate’s sign) music search sites like mp3zr.com and other famous Russian sites.

There is also a video below. 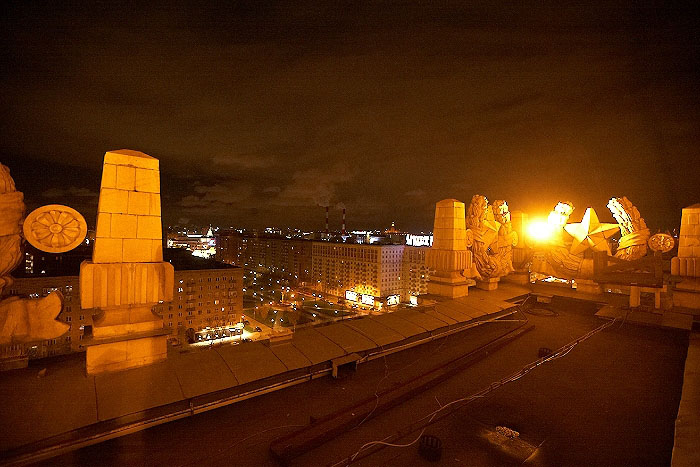 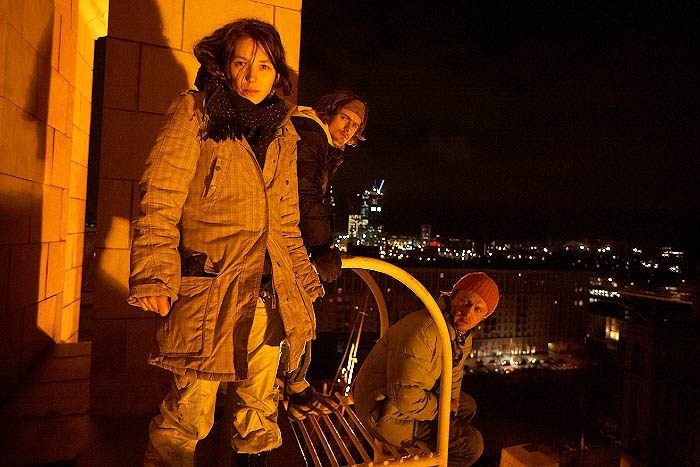 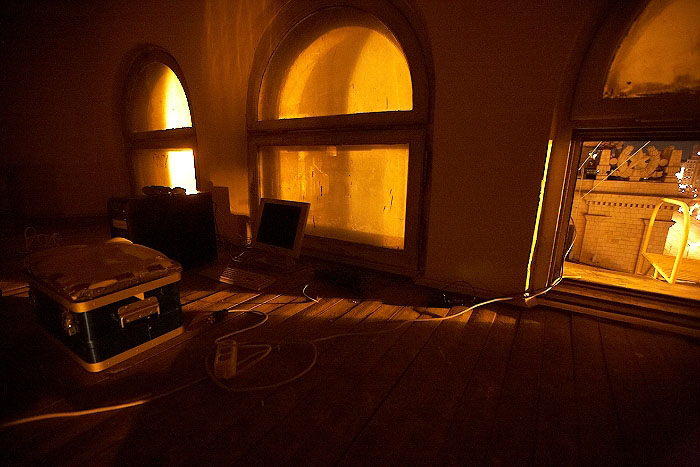 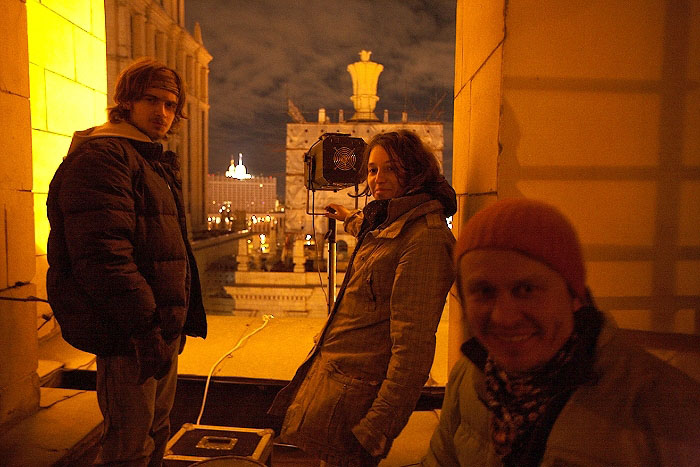 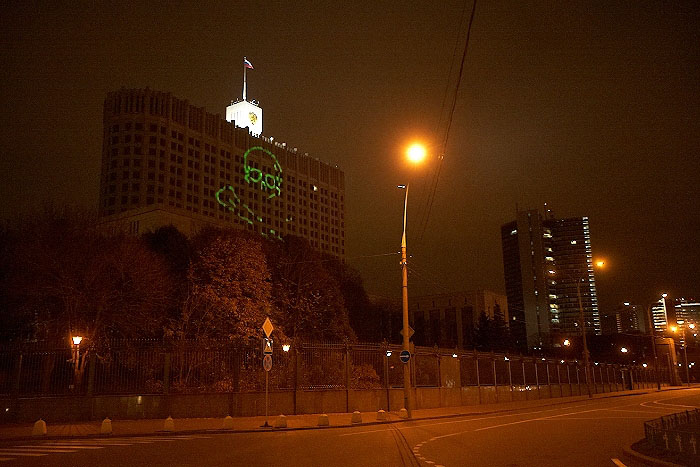 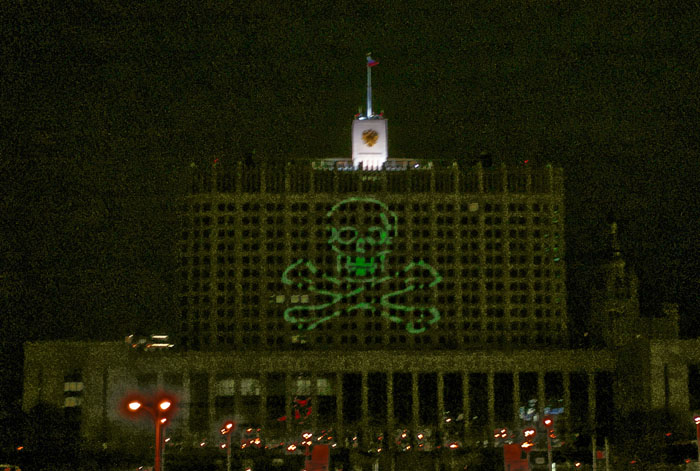 12 thoughts on “Skull and Bones”