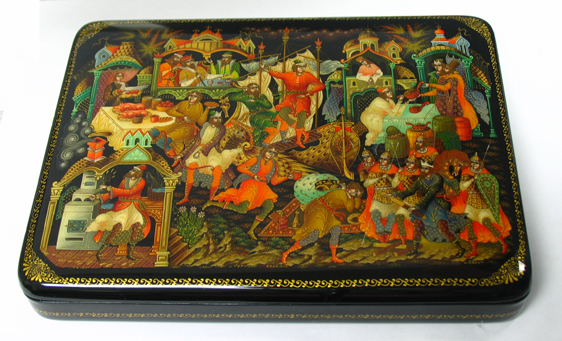 The black lacquer boxes were originally a popular Russian traditional art, but during the Soviet era they changed the pictures from tradition to some Soviet reality depicting stuff. Like Stalin on the photo below: 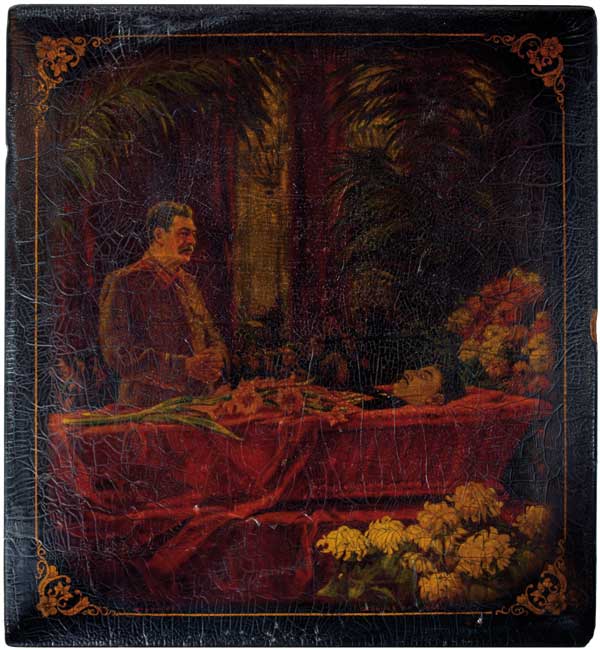 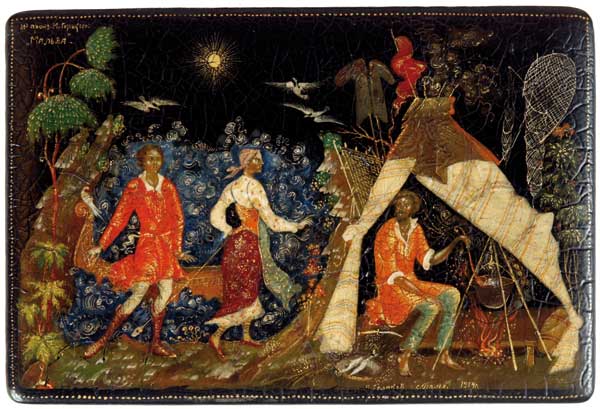 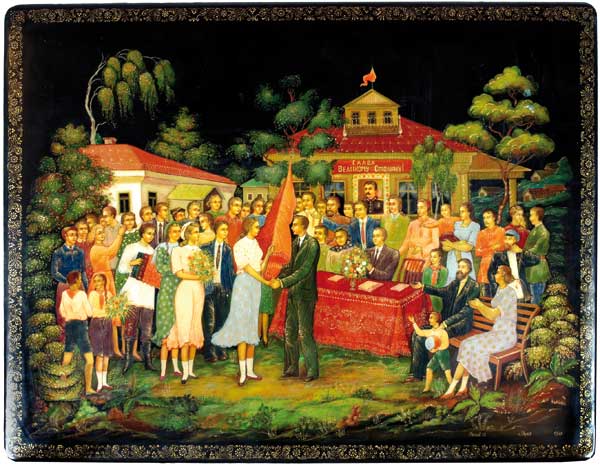 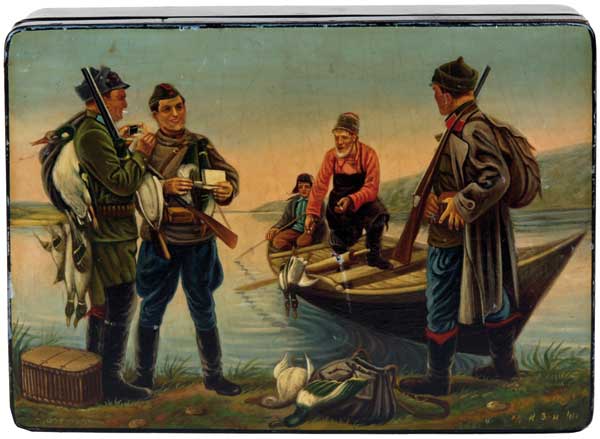 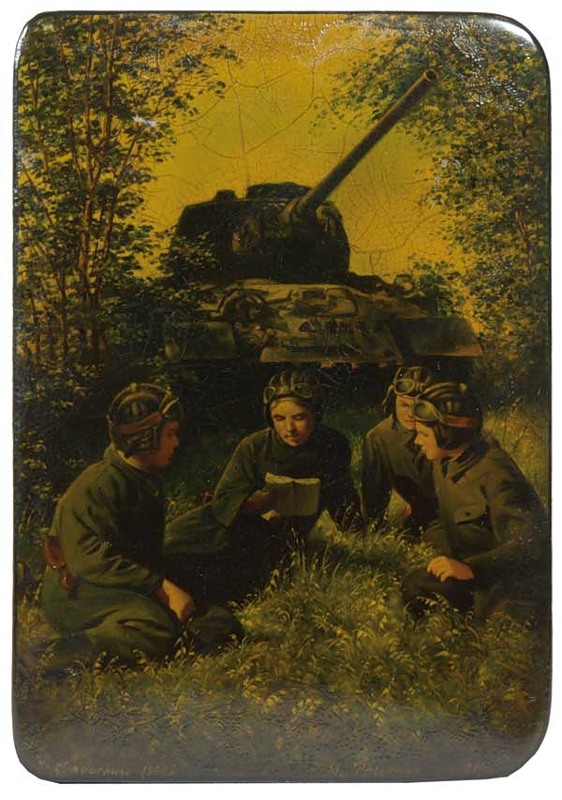 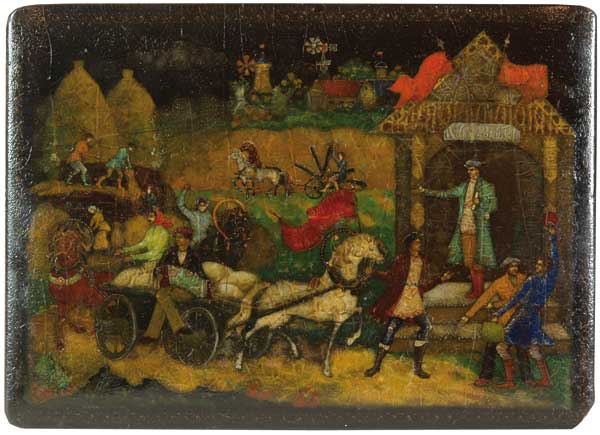 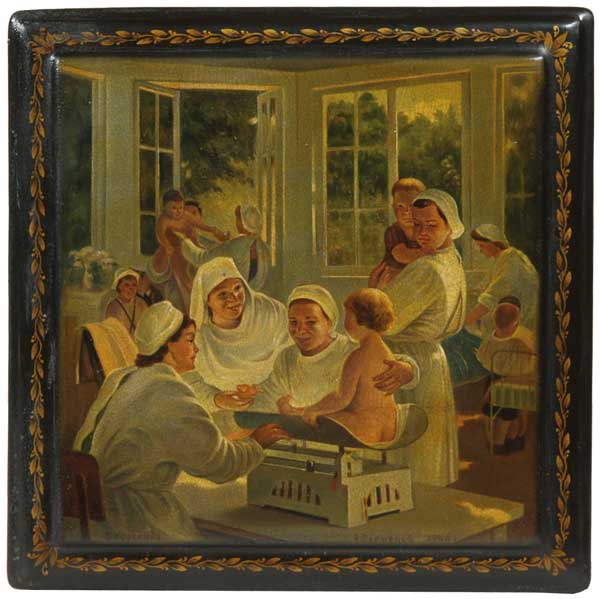 “Summer morning in the kindergarten”, 1944