With this post we try to expand a bit on gems of Russian Internet – the sites that do something unique that no other sites on English speaking Internet segment do.

Well, on Russian Internet sometimes it’s possible to meet websites pretty unique in functionality to other segments of the Internet. Today I would tell about one. People in Russia are happy, when they want to find any songs they just visit an mp3 search engine and have all the music ready. The secret of such websites is that they browse through some major Russian social networks and find all the music people upload there and share with each other and then those search engines let the users see the direct links for the music or even download it as mp3 files.

Usually all such sites are in Russia, and rarely visited by Western users. This particular service has English language interface so maybe now it’s won’t be such a unique thing available just for Russian web users.

After a short test it seems that there are no any hidden fees or any other forms of getting money from the visitors, no any annoying pop-up windows etc. I tried to search for some “Russian Hymn” it gave me a few links – some Soviet music played – there is also a small disk icon meaning that I could save the mp3s but I didn’t dare to download the music 🙂 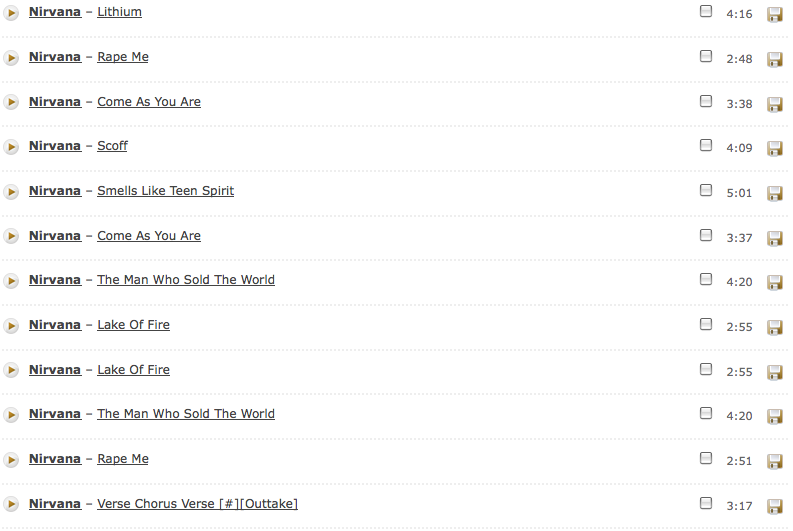 The search for Nirvana revealed much more links and hitting one gave some Nirvana songs to listen. Well, I doubt that this would last long for Westerners and it’s hard to tell all the legal aspects letting such sites to exist, but now it works and it’s something really unique for Russians. And yes the site name is mp3zr.com

Next time we will review another gem of Russian Internet, allowing people to…. Well it would be told next time.

If you know some unique Russian websites you enjoy and want to share – send them in!