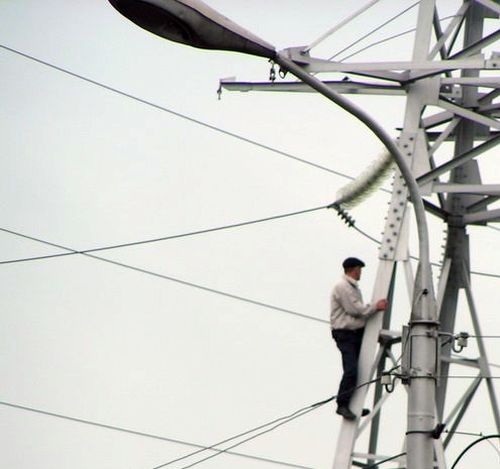 This happened in Ryazan city, Russia a few days ago. This guy you see on the picture has came to this city from his distant village in Dagestan, Southern Russia. He came by train and was hoping that he would be warmly met right on the railway station by his relatives in this city. After he stepped out of the train he found nobody and got so offended by this miserable act of his kindred that he decided the best way to show express his hard feelings would be to climb on the nearest power line and stay there for some time until the crowd would be attracted. So he did, and so the crowd has gathered and the police was called together with a psychologist. These were long negotiations but finally he got down. 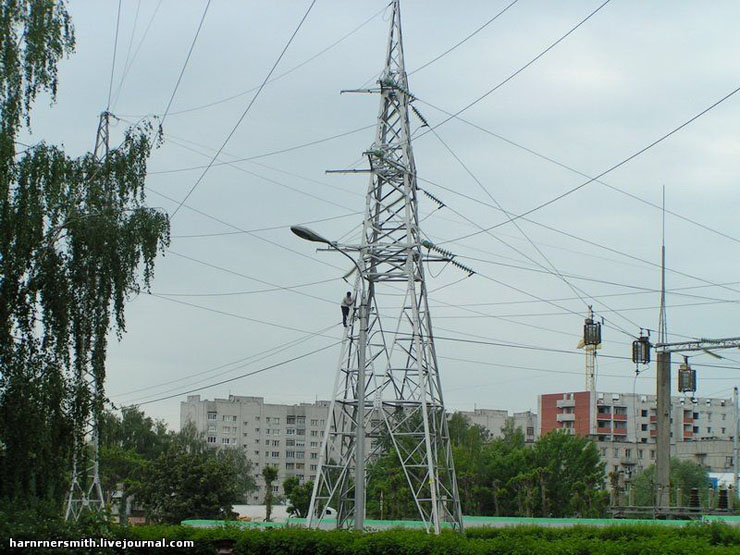 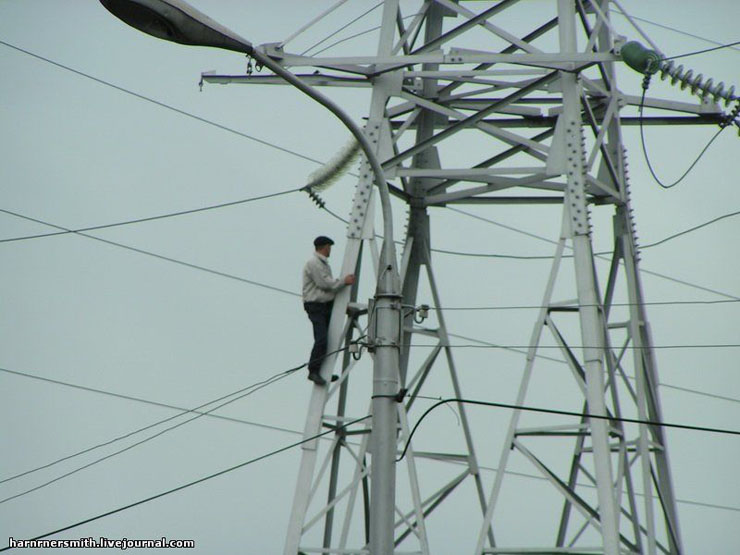 16 thoughts on “Climb the Power Line”