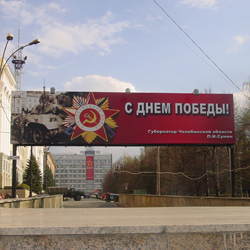 In Russia they have celebrated “The Victory Day” a few days ago. Most of the cities were decorated with billboards regarding this date etc etc.
Some of the billboard authors failed big time. For example this billboard from Chelyabinsk city, reading “Happy Victory Day” has a picture of a few soldiers on the tank.
People from internet got a closer look for that picture and has found that these are… Nazi soldiers standing near the captured Russian tank celebrating their small victory. Below is the bigger picture.
Some other fails also are listed downthere: 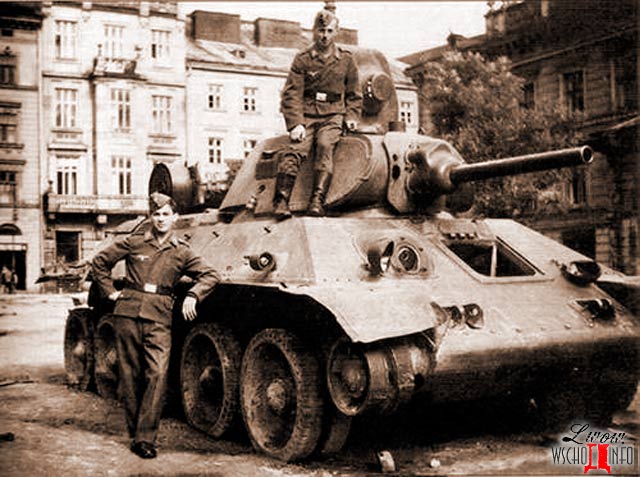 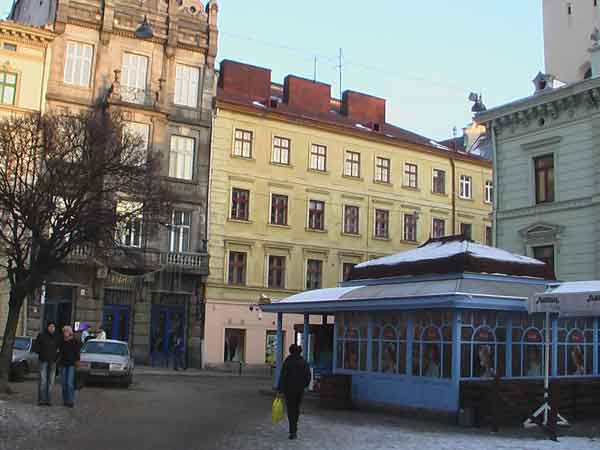 And on this picture above you can see how this place looks now in Germany. 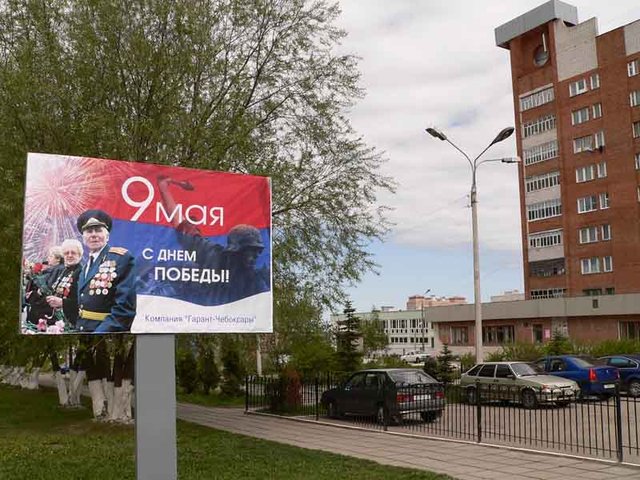 Then on this picture again reading “Happy Victory Day” a silhouette of a Nazi soldier in a German Army helmet throwing a grenade is depicted. More than that the Russian three color stripes flag is turned up-side-down here so it looks more like a French one. 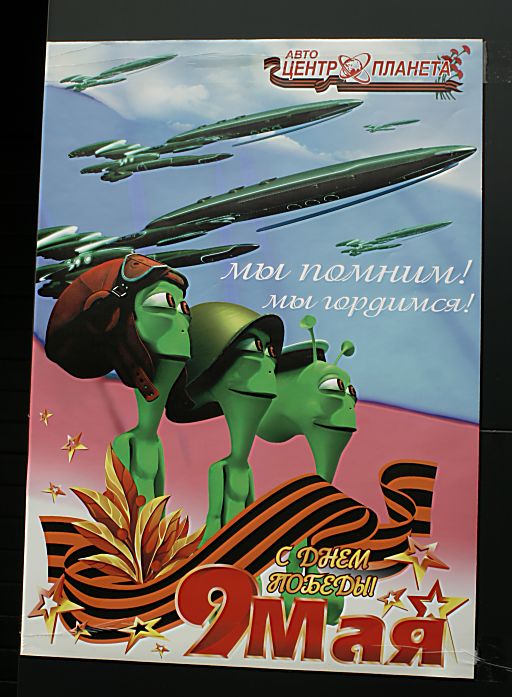 And this one was a hit too. An army of alien-looking beings celebrate “Victory Day”…