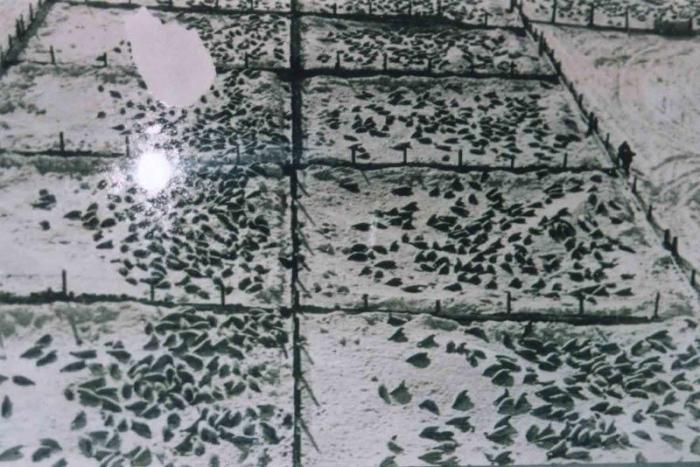 There are a lot of things that come under the tag “only in Russia”, and we try to cover each one. It’s a big pity but this thing happens only in Russia too. These photos come from the the well-known white-coated seal farms. If you are not aware about such a way of Russian farming I will explain a little. In Russia there are farms where white-coated seals are breed. They are being valued much for their fur, it’s something like a rolls-royce in the world of furs, the top fur on the market. It gives warmth, it’s soft like a silk and looks terrific at least this is what the consumers say. What does differ this fur from other furs, is the extreme cruelty in its production. The seals are being clubbed to death at the age of one month. And that’s the only way to do it, according to the fur industry strict standards. The fur-coat makers say holes from bullets spoil the virgin white skins of those 1-month old small seals so they demand them only to be smashed with a good old club.
So here are some photos from one of such farms, or it could be better to say concentration camps. No violence on the photos in order to save your nerves.
This particular farm is in Arkhangelsk Oblast, North-West Russia. The seals are being transported in cages to the farm, there they grow up to one month age and then are hit to death with clubs. The average salary of people who execute is around $150/month, and that’s a lot of money for them, so we can’t blame them, they have families etc. The final fur-coat made of the one-month-old white-fur seal is around $7,000 for the small size 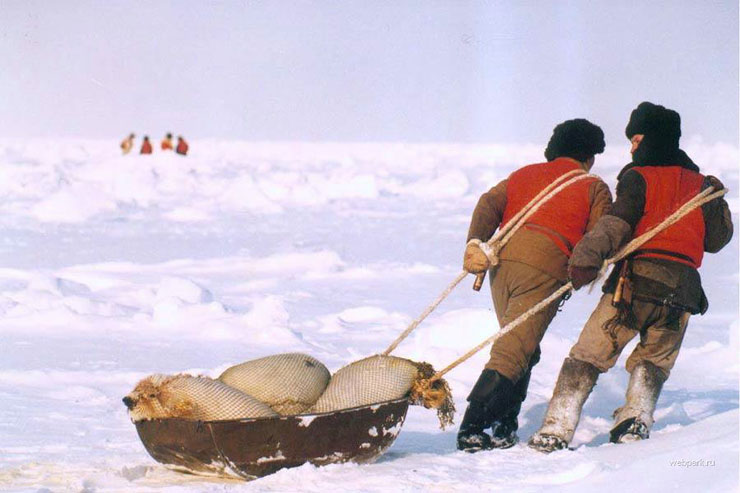 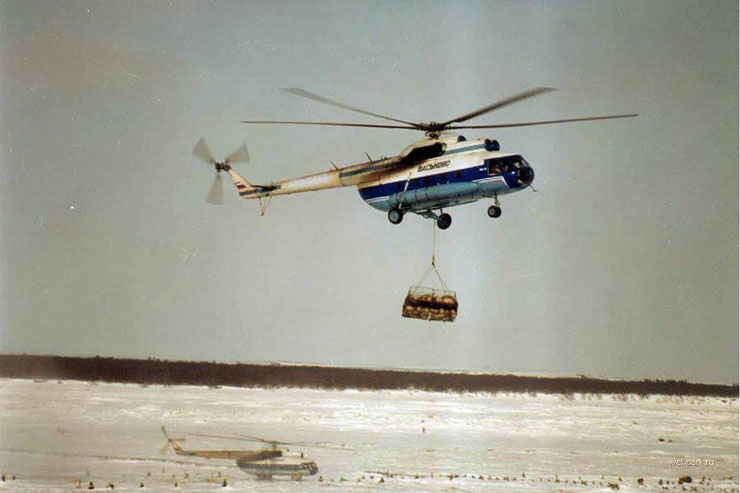 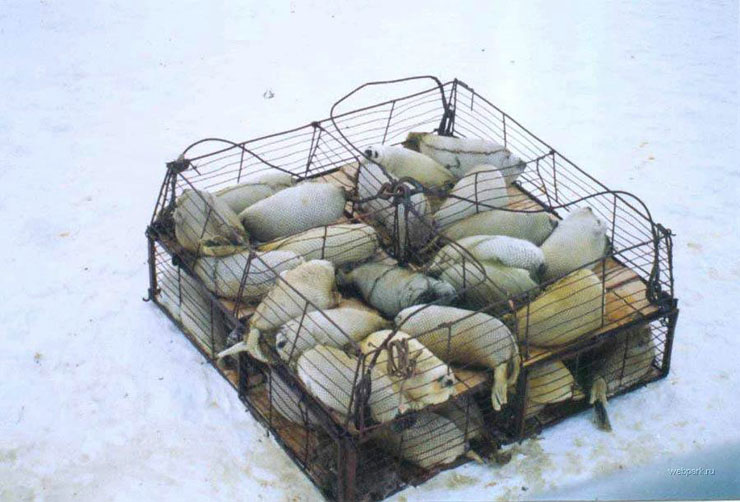 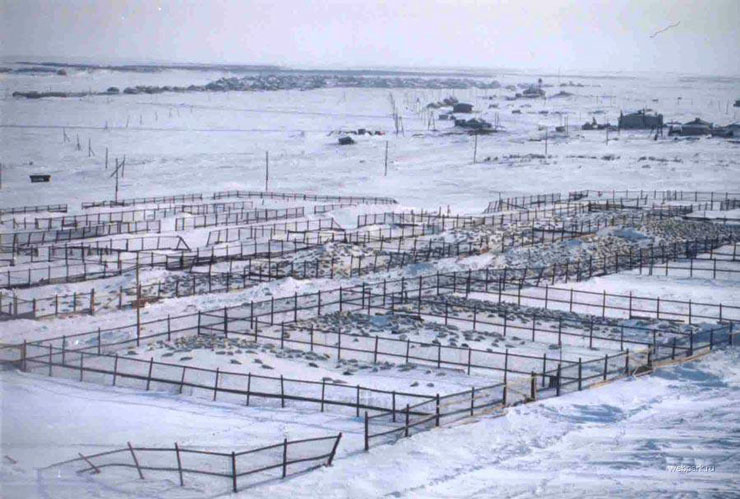 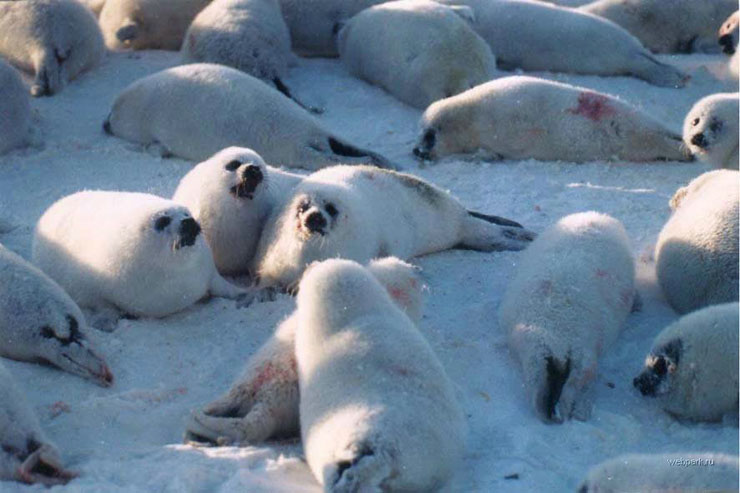 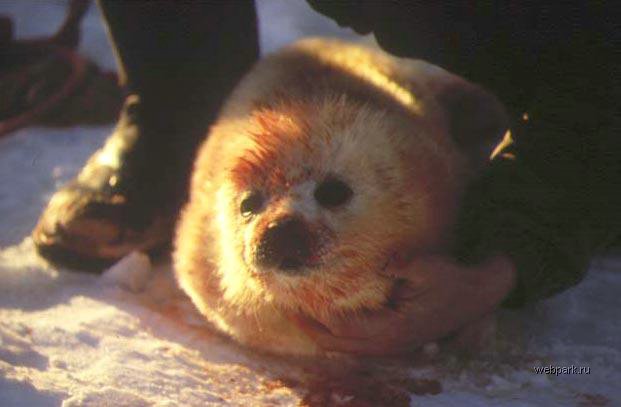 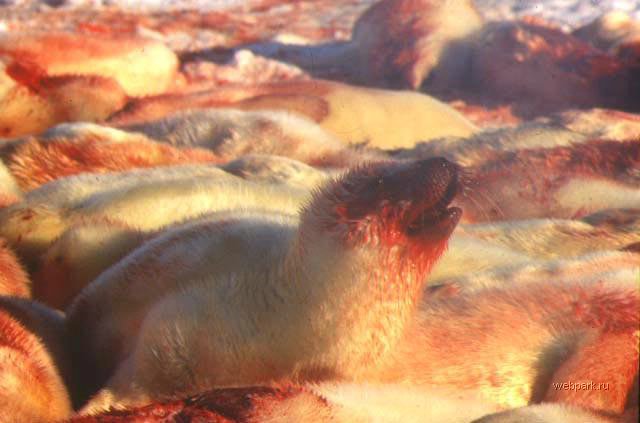 49 thoughts on “Kill the Seal”