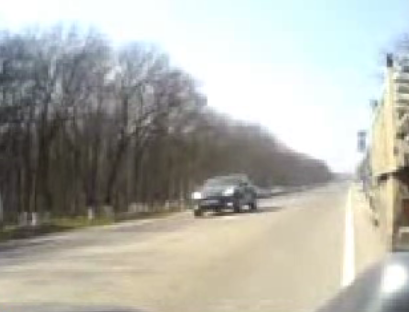 Someone got on video the column of the cars of the President of Chechnya. Chechnya was known for its war against Russia. Now they have a president loyal to Moscow. Look how he rides around his region.

On this video you can see that he likes a big company. Around fifty cars participate in his tour. All the roads are blocked by police prior to he departs. First go a few police cars then goes bunch of Porsche Cayenne SUVs of top staff and security, then some Mercedeses then again Porsche and Toyota SUVs. At the end of the column go minor staff on some other cars with smaller distances in between them. People say that’s its a cool show to see all those 60 cars passing by when you stand on the roadside.

76 thoughts on “President of Chechnya Rides His Way”