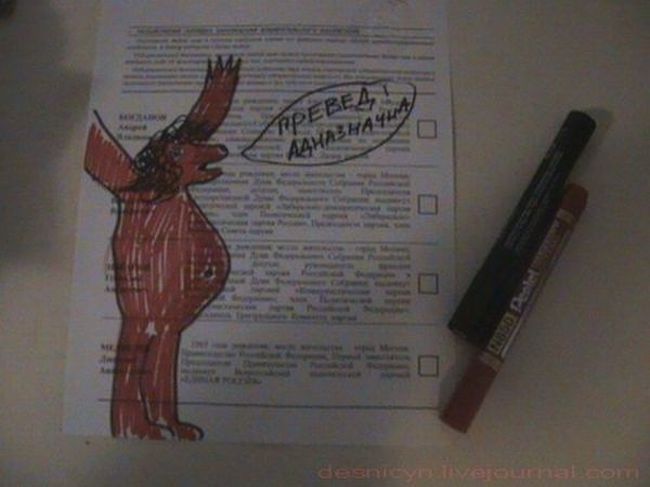 As you know there were some elections a few days ago in Russia. The new president was chosen.

Some Russians decided to use all their art skills in decorating the ballots and then made photos of them right at the election place before putting it inside the voting booth.

This papers on photos are ballots. A list of four candidates with a place to put a check sign.

Here is a few examples of how they voted (some are not too much translatable, the one above is “Preved Medved” thing, it came out from the very popular internet mem of 2006, when someone has posted this image with a bear (“medved” in Russian), saying “Preved!” (Hello!). For some reason it became very popular and got across all the country very fast, then later many more uses of this bear were in ads etc. Some find the word “medved” correlates with the new Russian presidents second name. 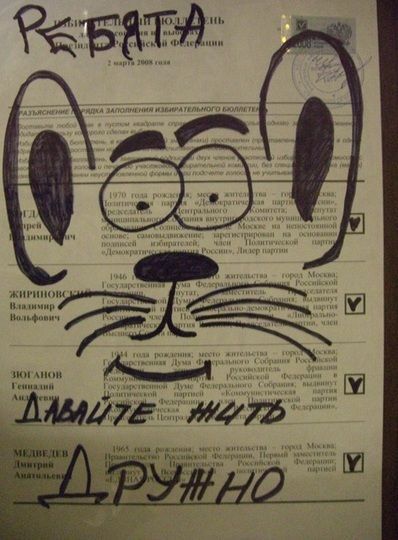 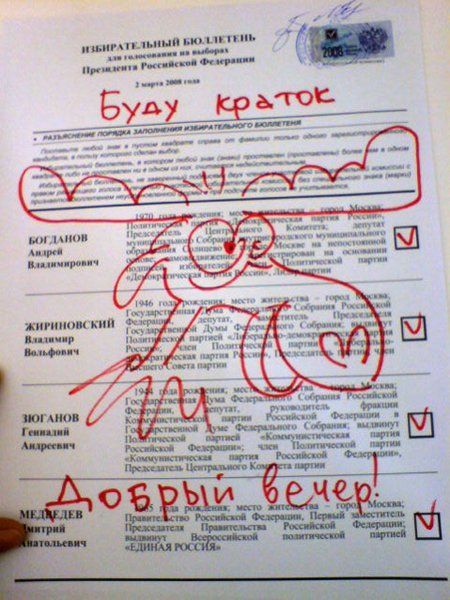 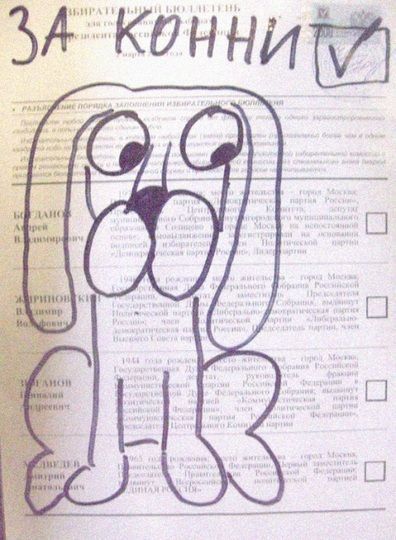 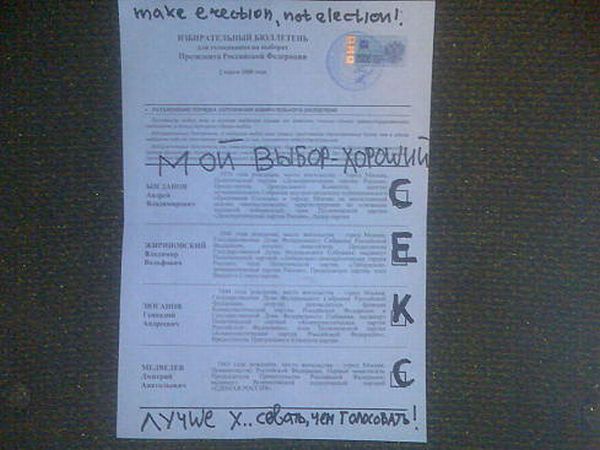 “Who are all those people??” 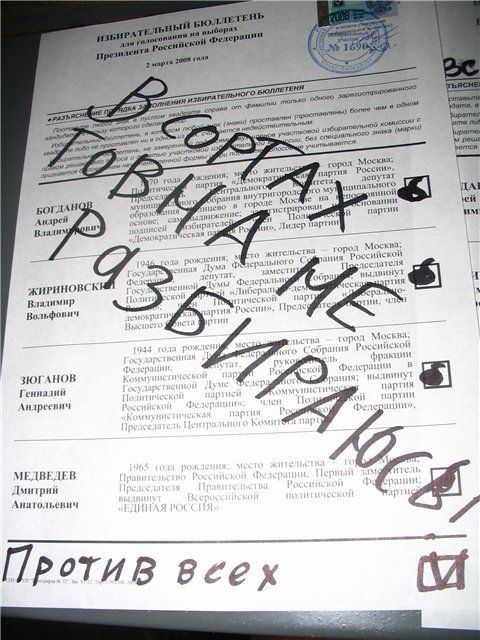 “I am not an expert in the shit species. Vote against all.” 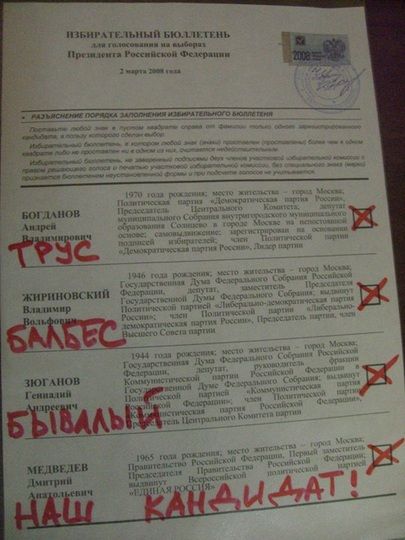 A quotation from the Russian movie. Not to much translatable. Some political demand. Not funny. This one took the ballot to his home. Untranslatable. From the Russian thongs, something like “All the candidates are gay”. Quote from the Russian proverb, like no animals can play sound in a quartet. “I vote for Adolf Hitler!” “Preved Medved!” It seems this was most often. Another piece of art. The last but not least: “CHUCK NORRIS [X]”