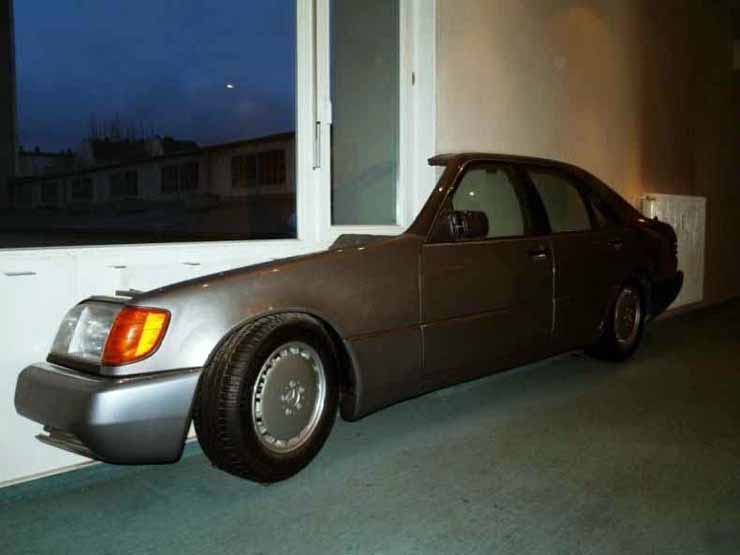 One Russian guy got so glued to his favorite Mercedes car that he couldn’t sell it when it became already too old for him. He ordered to cut it in pieces and mount the full length part of its body to the wall of his apartment before the renovation has started so that to implement it into the new look of his flat.
By the way this model of W140 Mercedes car was extremely popular in mid 90-s in Russia among fast-became-rich guys. It was often mentioned in the funny jokes about new arrived Russian rich guys, so maybe it was also a reason for this strange decision. 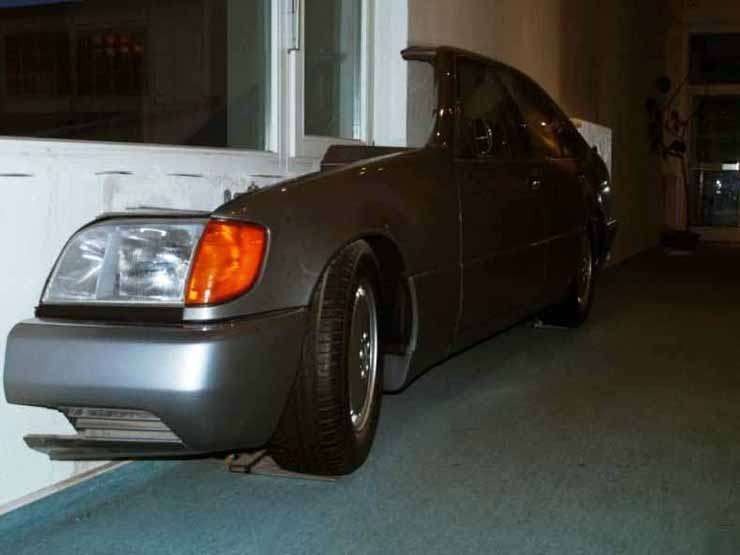 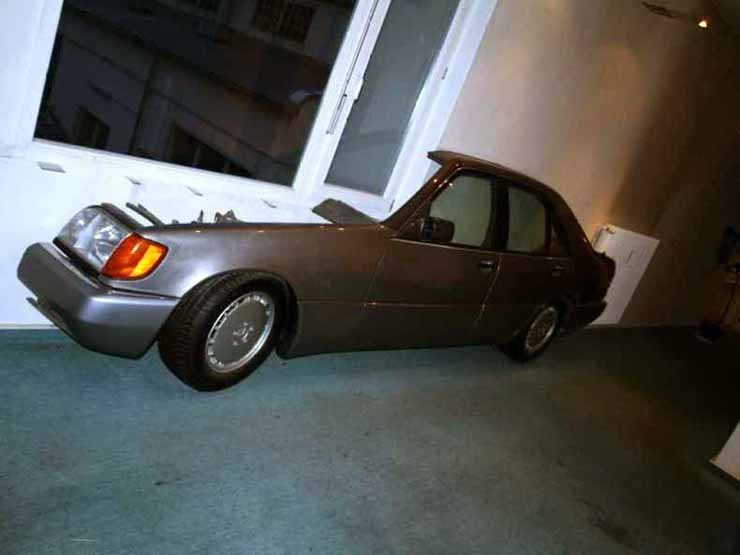 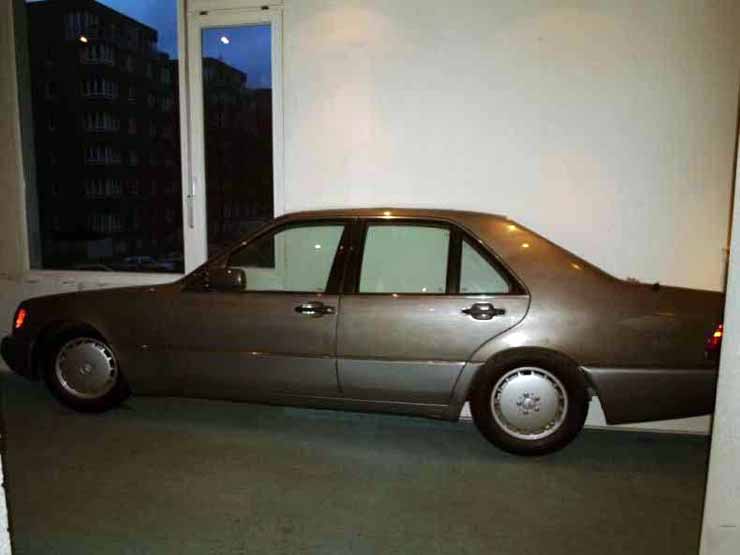 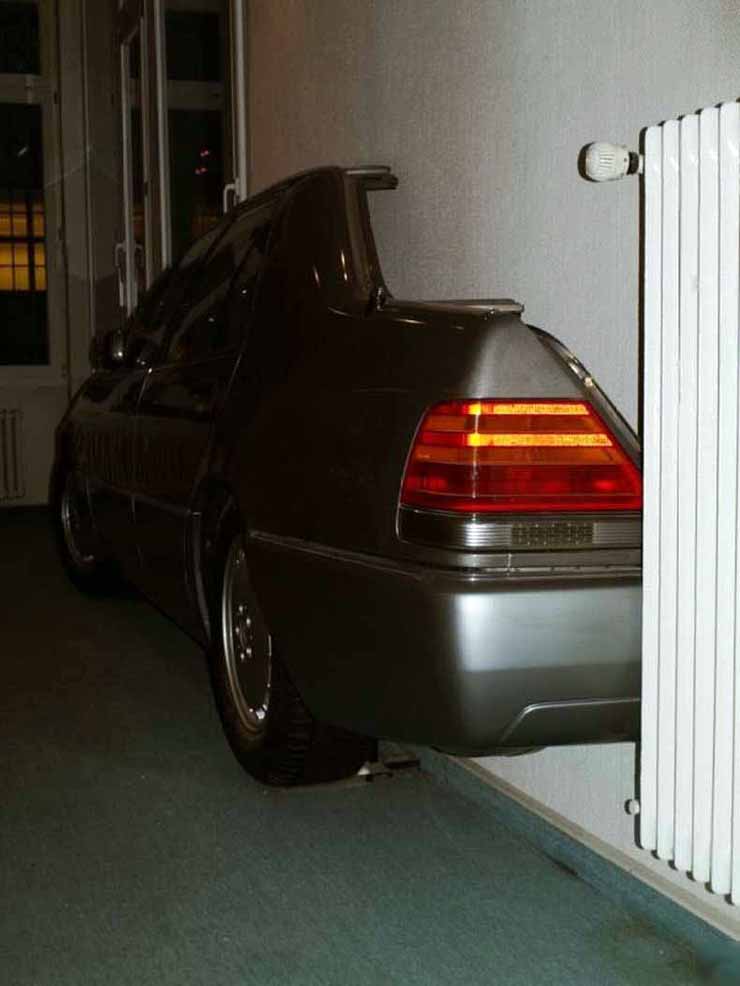 18 thoughts on “Mercedes at Home”