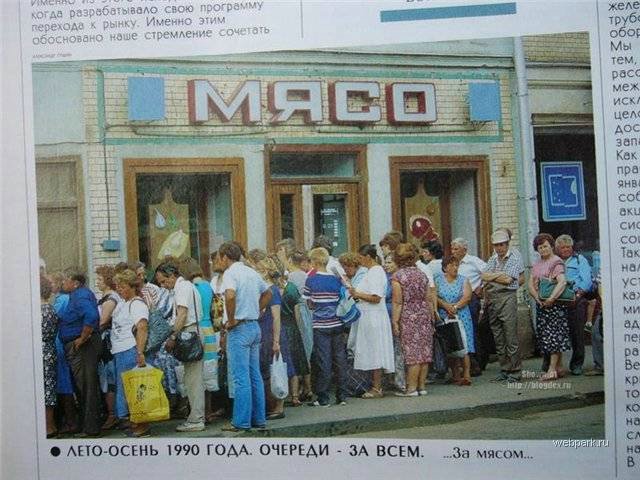 Just fifteen years ago you couldn’t just walk in the shop and buy what you need. Instead, you had to stand the longest line you’ve ever seen and as a regard you could buy not more than some limited amount of a limited choice food or other products. That was Russia in the beginning of the 90s – right after the collapse of USSR, when old Communistic supply system was already ruined but new, capitalistic, hasn’t been built yet.

That wasn’t only shops who had long lines at their entrances every day, but places like the Embassy of U.S. had the long long line too – you can see it on the last photo of this set. But the most curious line in this set is the line to the Lenin’s Mausoleum – you can see it on the photo with the Red Square – one could think that Russian people shouldn’t stay any more in line to visit the Lenin, the idol of the communism beliefs when they have such a ruined society around, but no – people were still eager to stand many hours line to visit Lenin too. Probably they wanted to say some swear words right in his face? 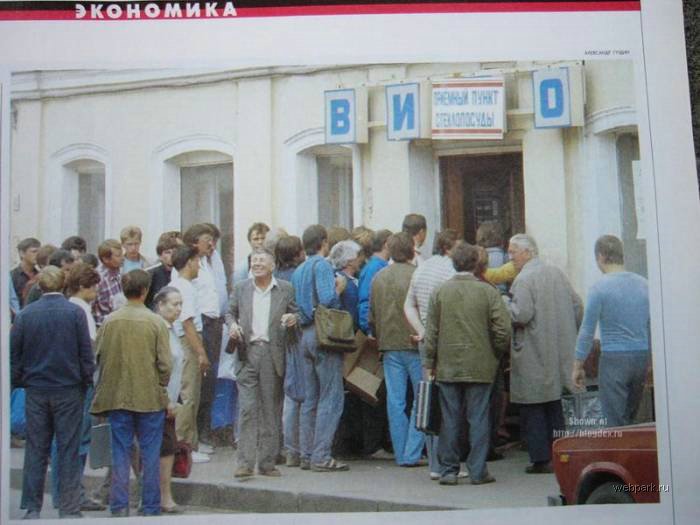 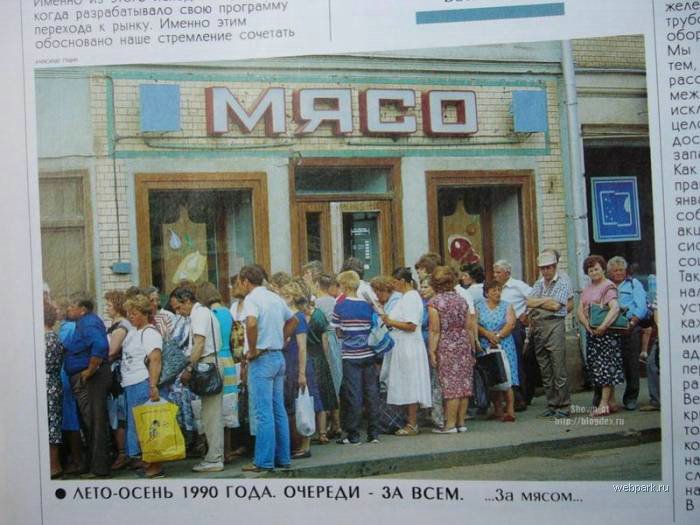 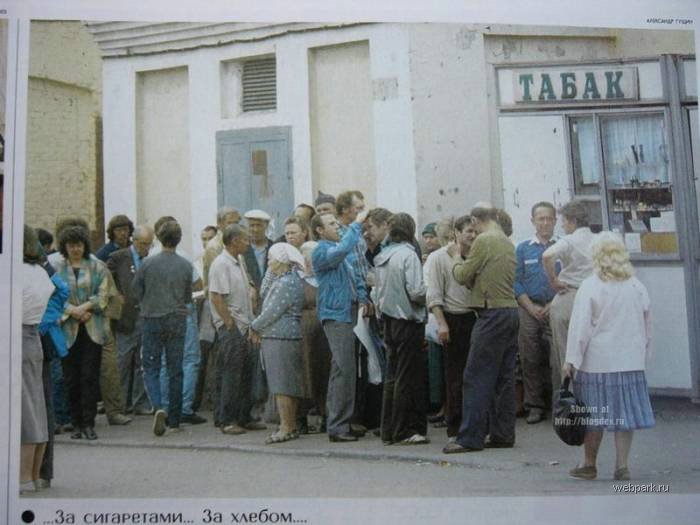 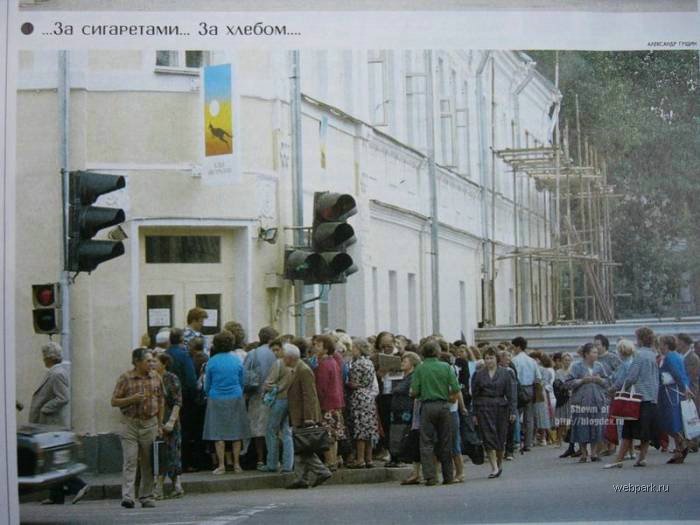 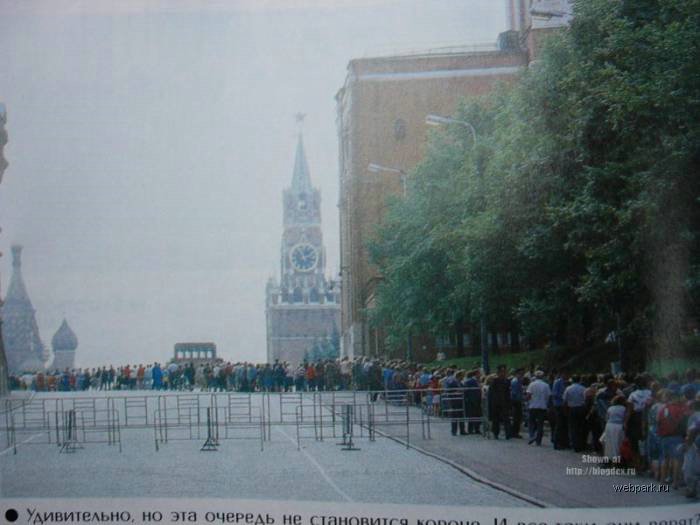 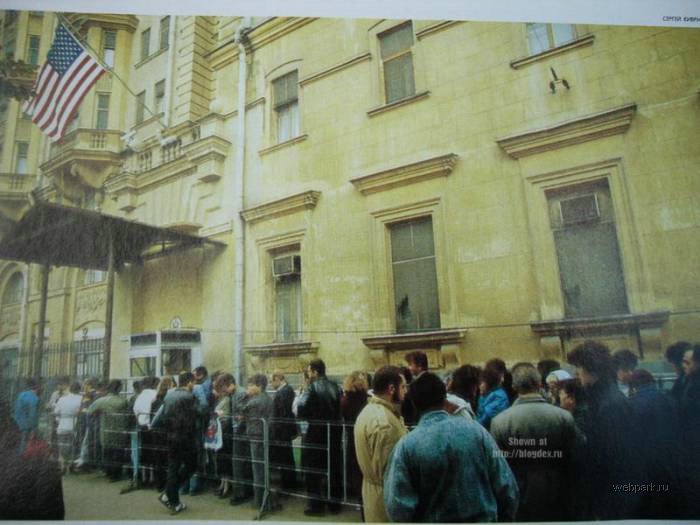