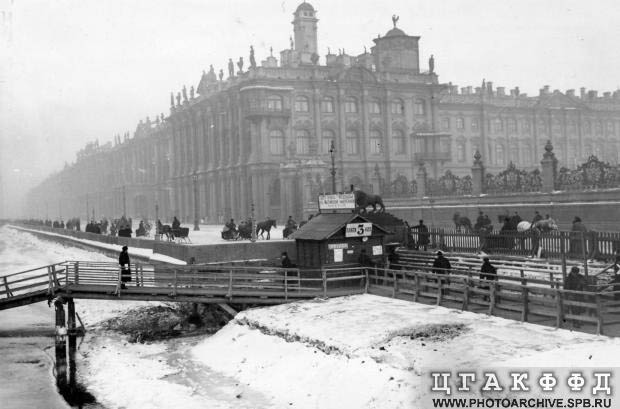 One hundred years ago winters in Russia were much more severe. They were so severe that in St. Petersburg they have opened a tram that went on ice of Neva river from one bank to another for 0.03 ruble price, it’s like 3 cents because ruble exchange rate to dollar was almost equal at that times.

The tram-on-ice system got very popular due to low cost compared to other means of on-ground transportation and short time needed to cross the river and was in use for a few years consequently.

It was so popular that visitors from other Russian towns told stories about it in their local places and some time later the same on-ice tram was launched in Nizhniy Novgorod, you can see it on the down-most photo below. 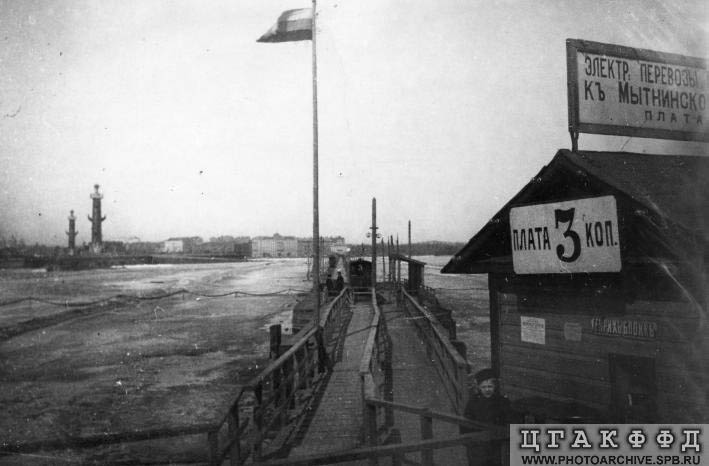 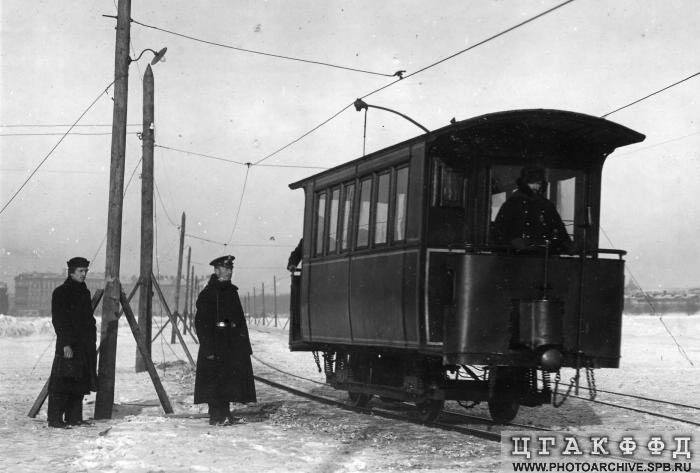 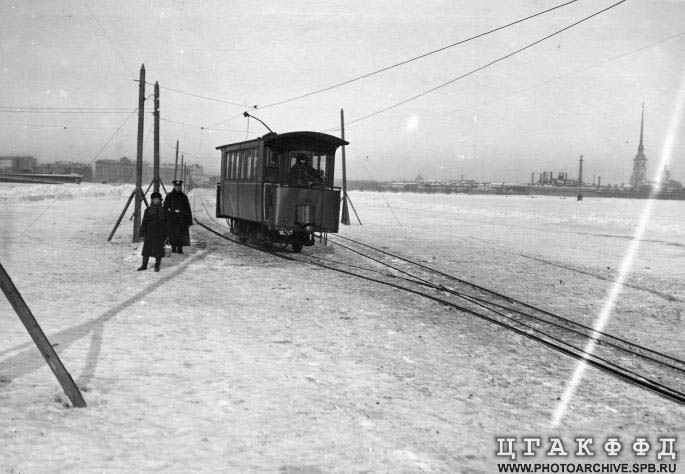 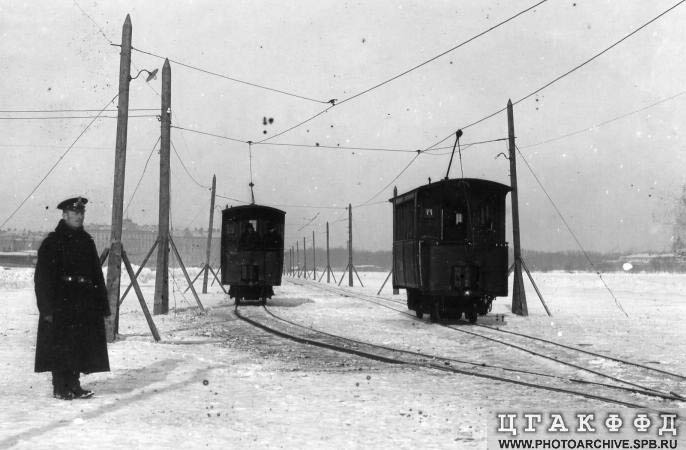 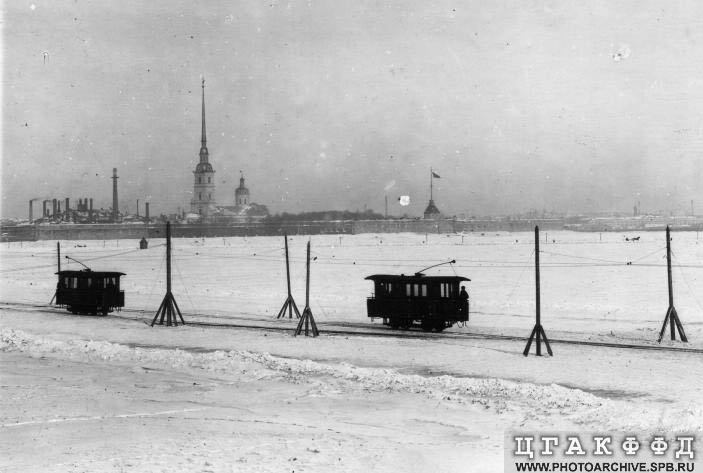 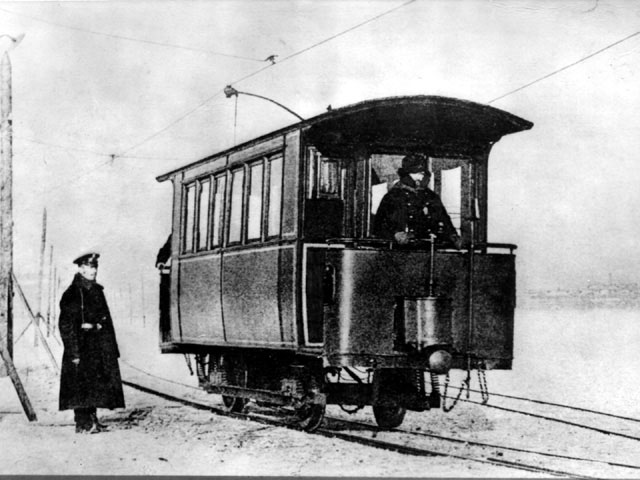 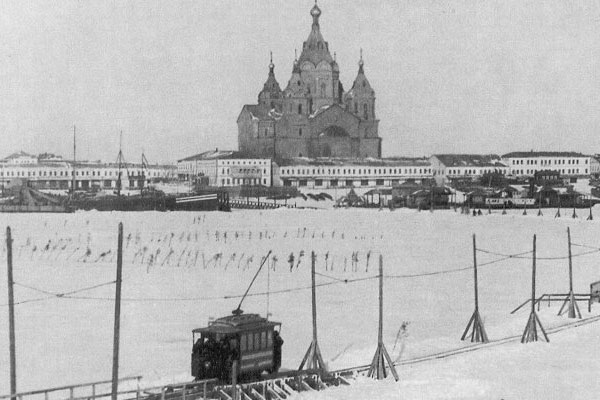