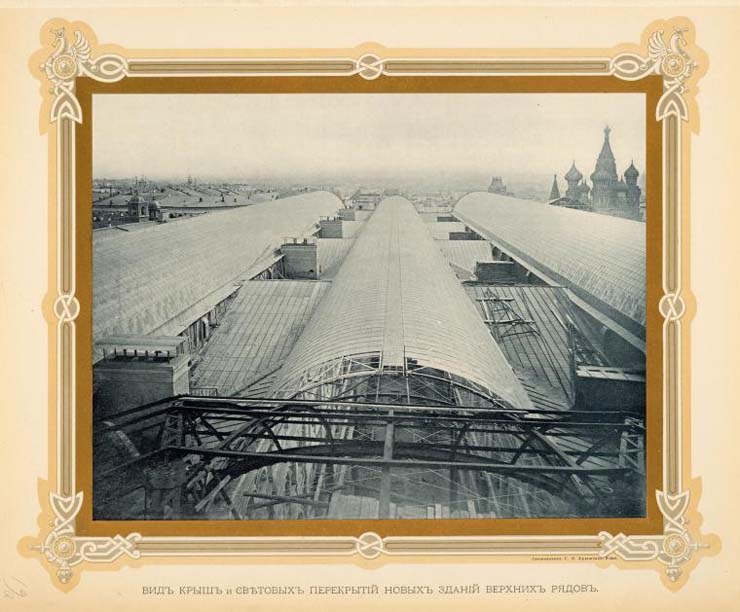 This is a photo series of a first Russian mall in Moscow. It’s more than 120 years old and these photos are not newer.

There are three stages one can see on the photos. At first the old mall buildings were renovated and new stores were built, then a few photos of a crowd having good time on the party dedicated to the grand opening and then go photos of the new mall opened to public.

This was long before the communist took power in Russia, it was a capitalistic, Tsar ruled old Russia.. 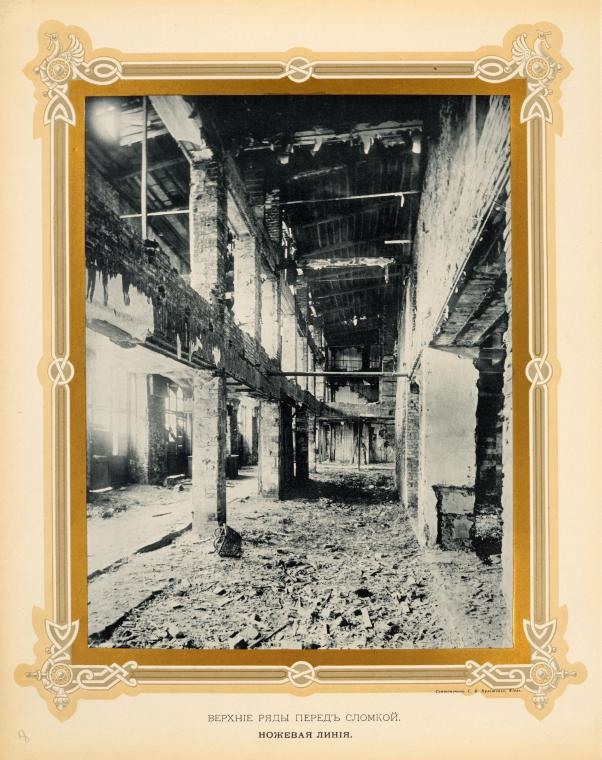 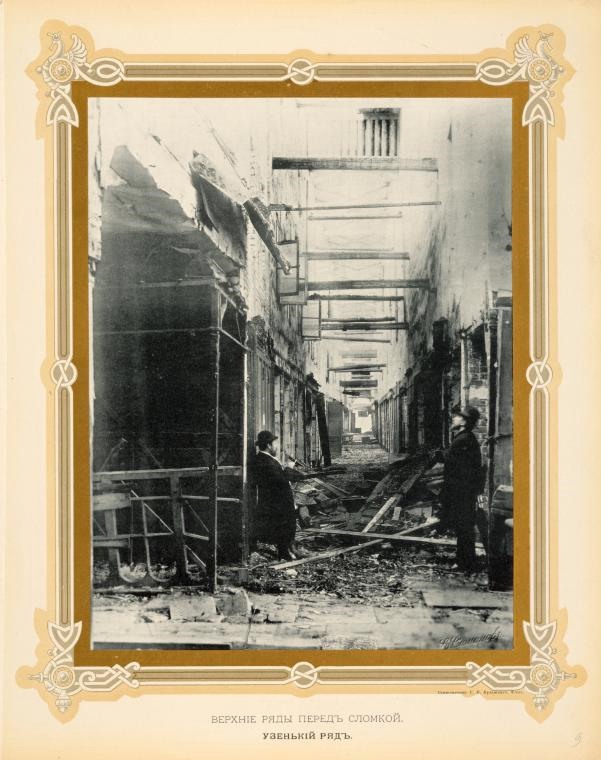 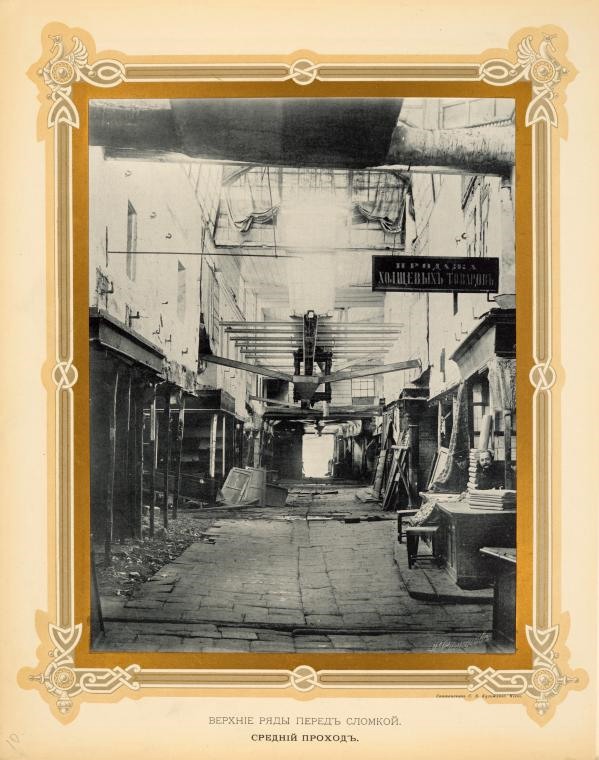 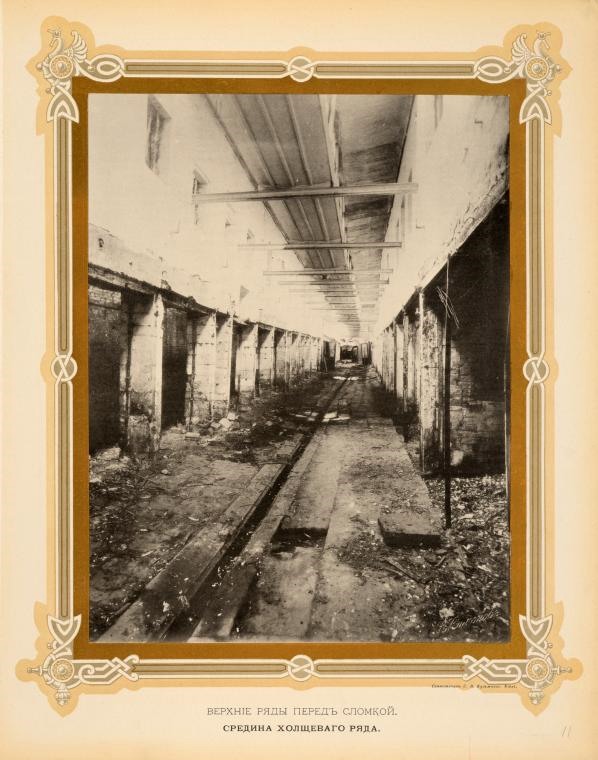 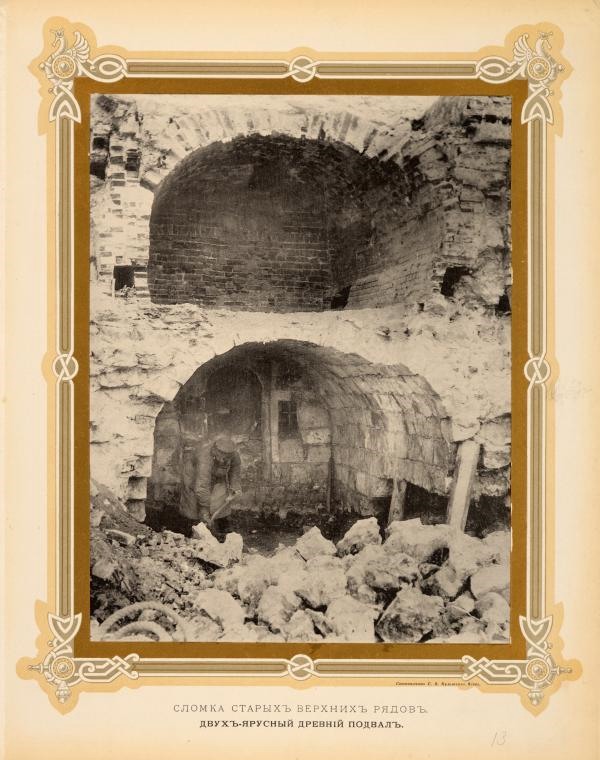 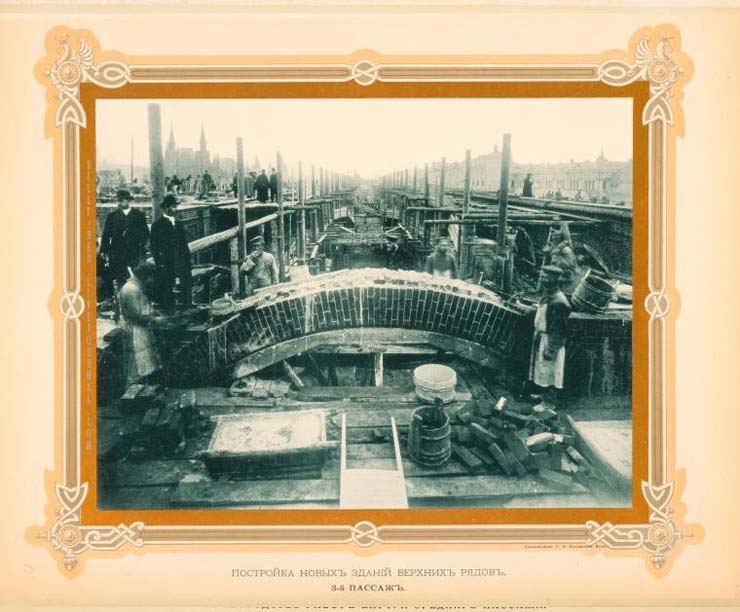 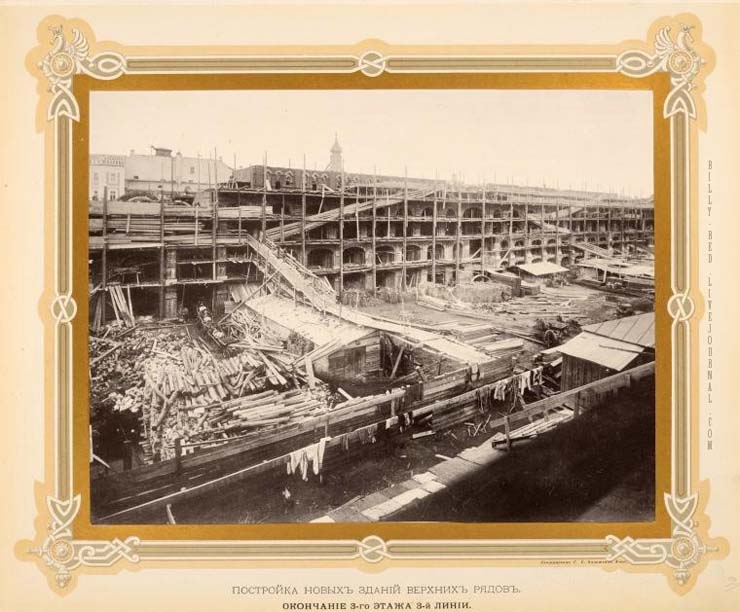 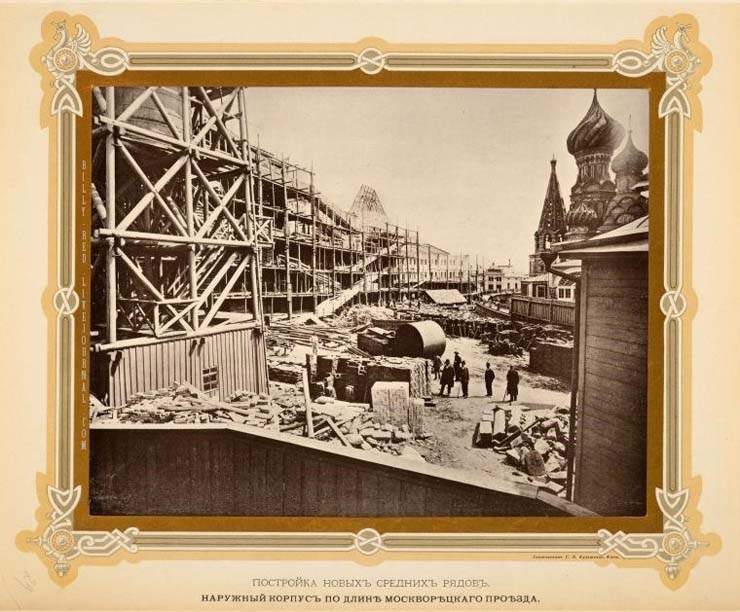 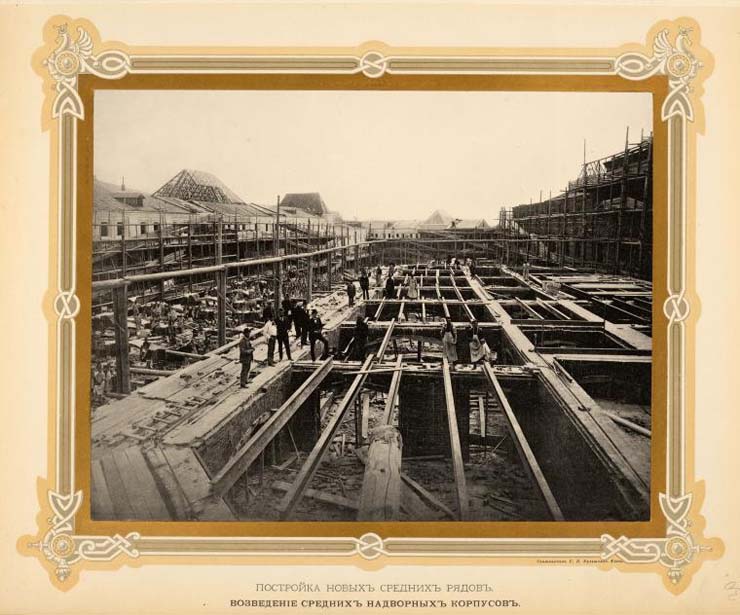 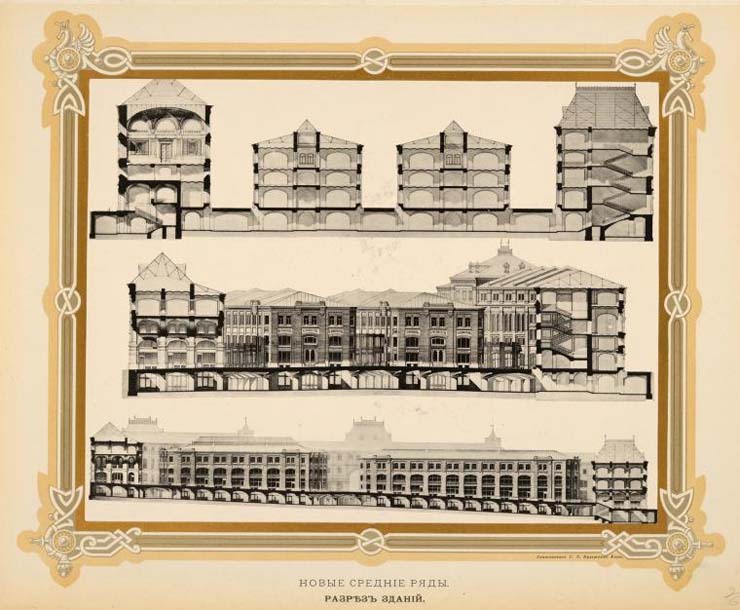 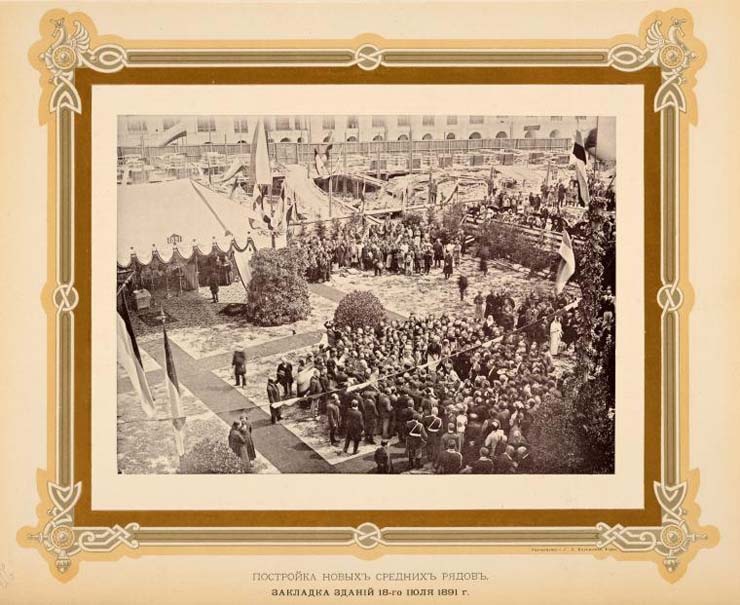