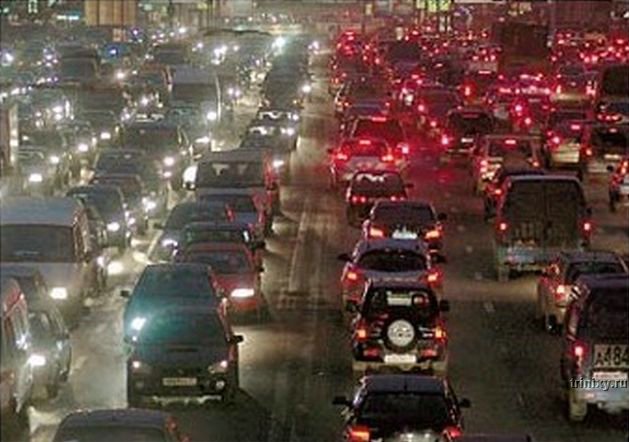 Yesterday it was a very snowy day in Moscow. Tons of snow have fallen down in one day and the big city got jammed. Those who have been in Moscow are aware that there are a lot of problems with traffic even in the regular days, and this surprise from mother nature just made it much worse. They said in the news that if to sum up the length of all the traffic jams that happened that day in Moscow it would be a traffic jam of 300 miles highway length. 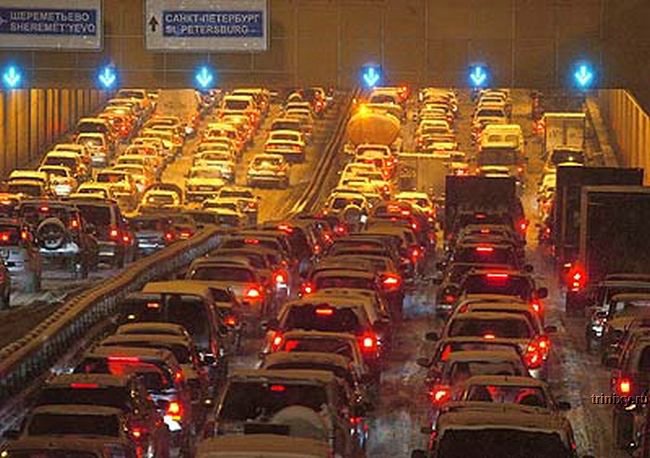 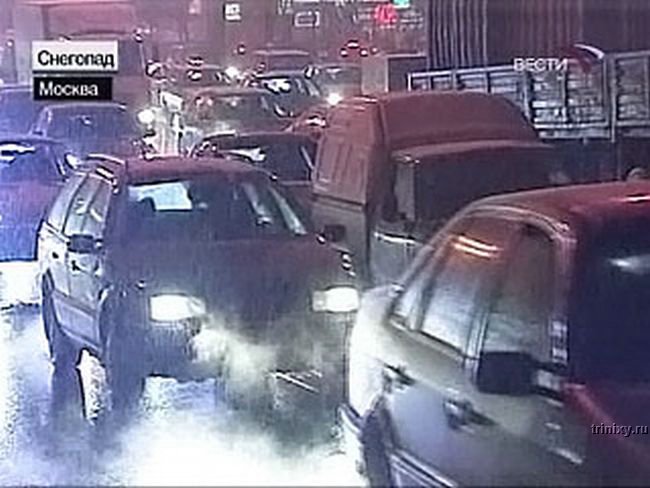 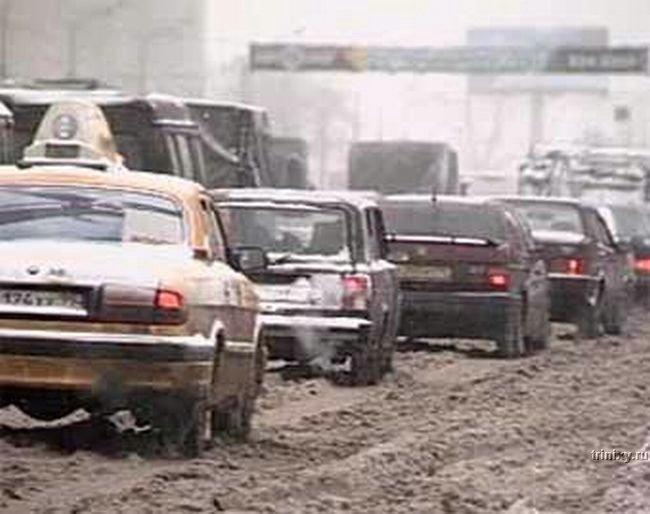 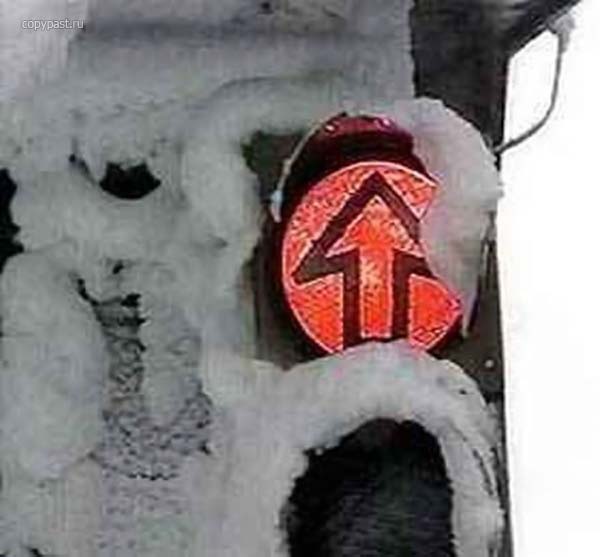 Not only wide streets of Moscow were jammed. In small driveways in the residential areas there were a lot of crashes like this one where five cars got in the row. Road police reported two thousand crashes this day: 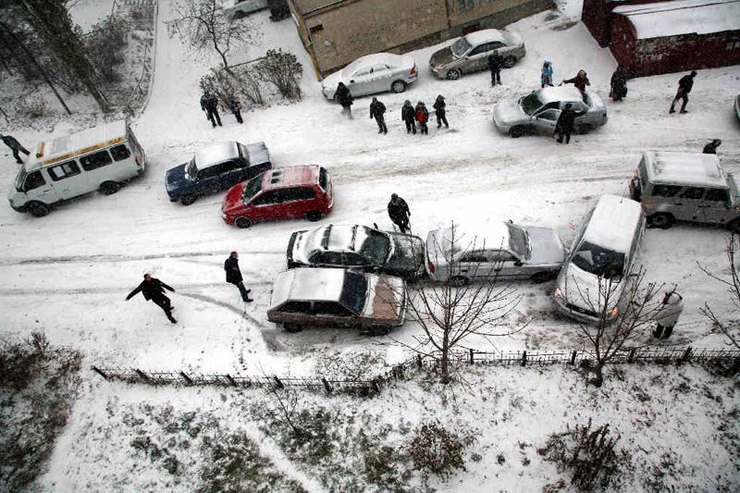 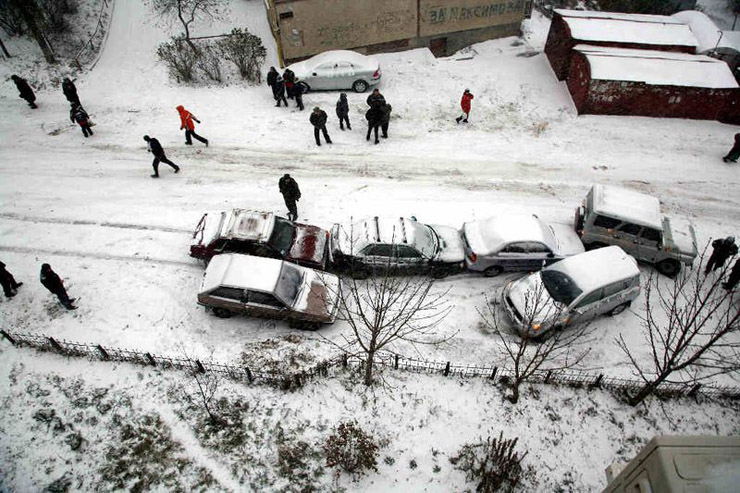 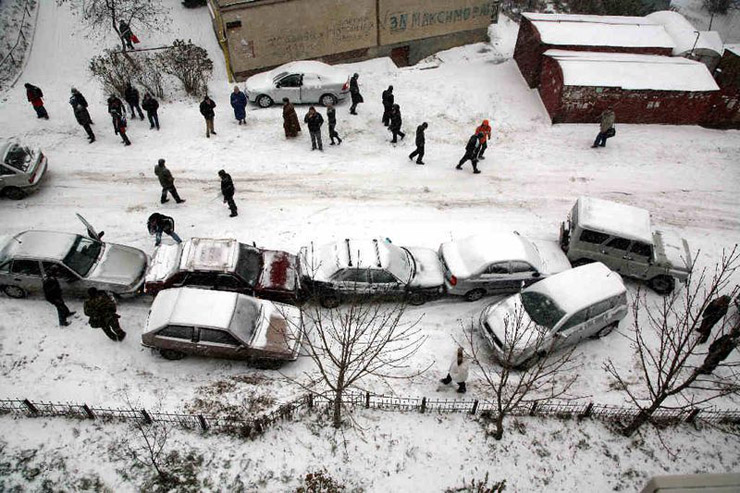 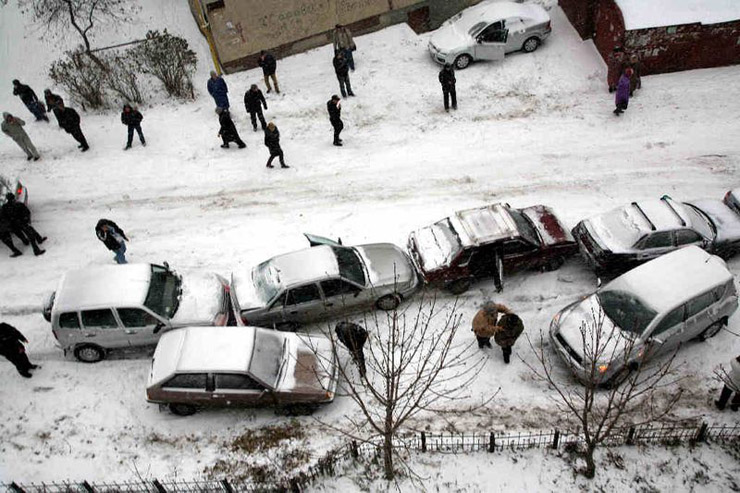 And many people decided not to take their cars but to go to the subway. So Moscow subway got jammed too with hundred thousands of people: 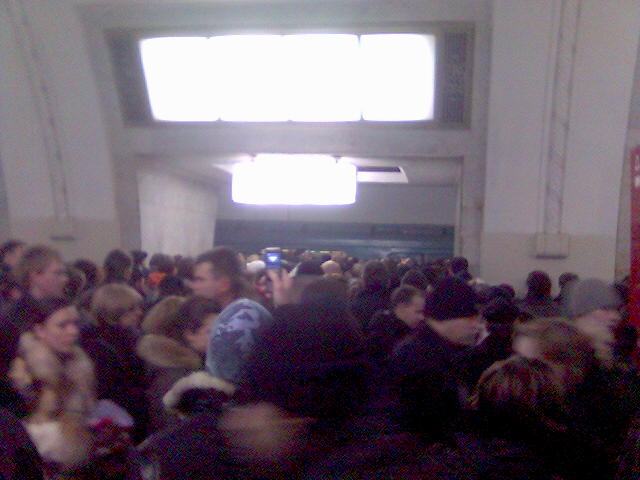 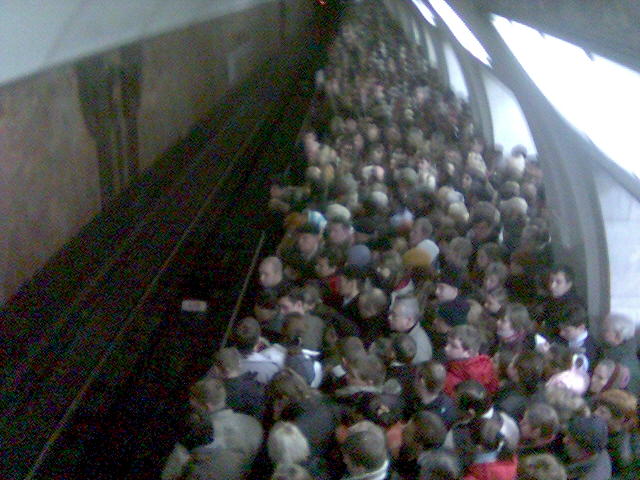 40 thoughts on “One Snowy Day in Moscow”