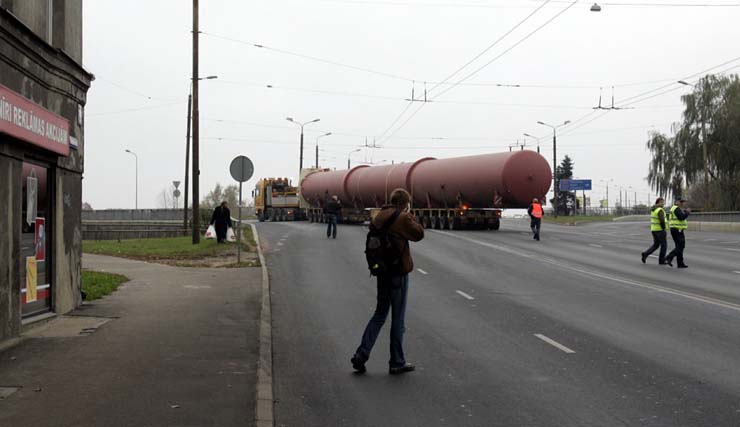 Some strange big thing was transported across the streets of Riga, Latvia. People actually didn’t know why somebody needed this in the old city downtown. 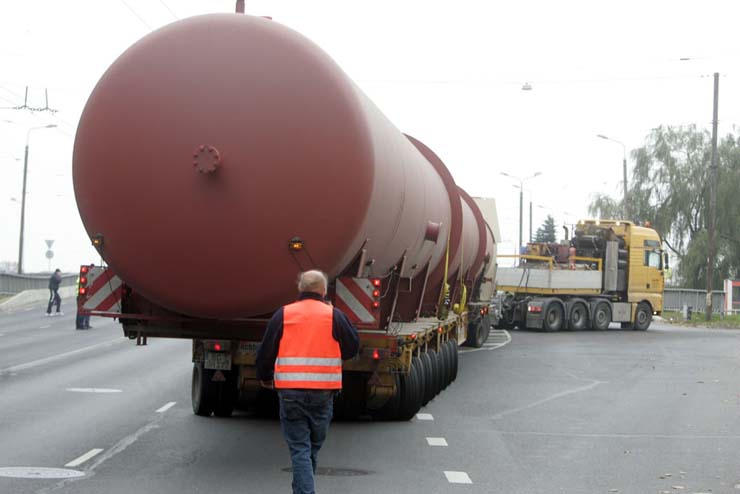 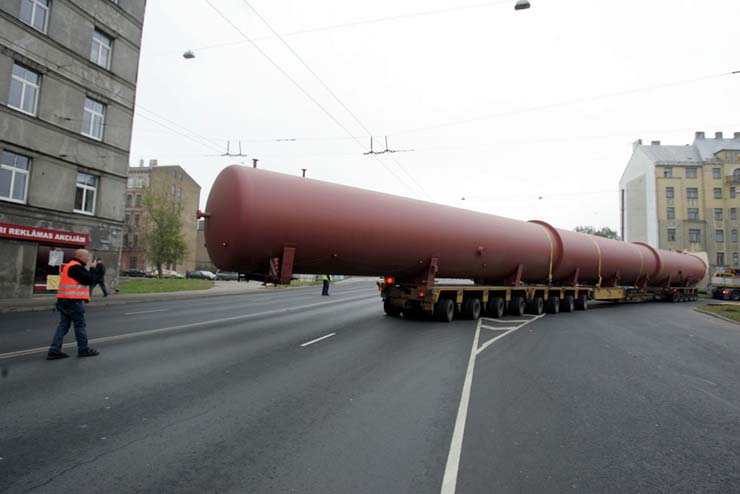