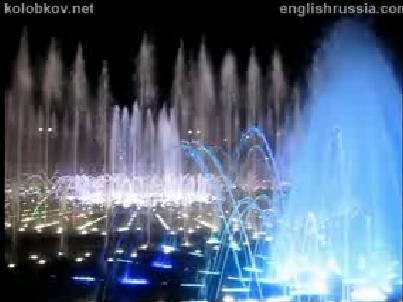 One of the most enchanting fountains of Moscow has opened this summer in Tsaritsino park. People from the whole city come to see unforgettable show – streams of different colors and shapes dance according great number of various musical compositions. The fountain is called in honour of former Russian empress Ekaterina the Second. Though actually it is the king of Moscow fountains and probably it can measure his strength with the famous fountains of St. Petersburg, like “Sampson kills the lion”. Anyway, it looks magnificent.