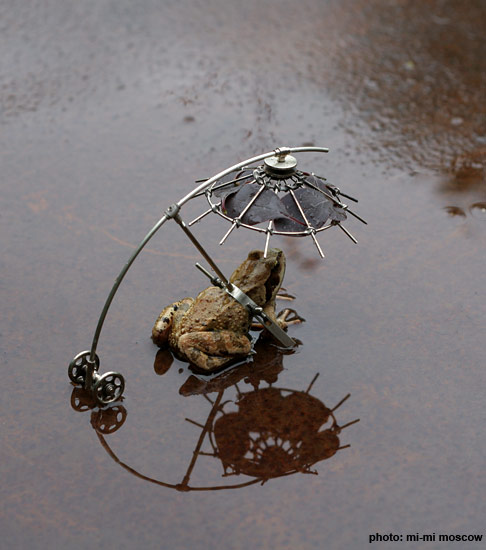 Two artists from Moscow are obsessed with an idea that a frog should fly too, so they make different photos of the frog in a “flight”, giving a name for each of them.

They think that “The jump of frog symbolizes thirst of flying. As genetic magic dream, about that far time, when frogs were the ANGELS”. Frankly this is the first time I hear about the link between frogs and angels…

The one above was called ““K’ung-fu-tzu” (Confucius)” 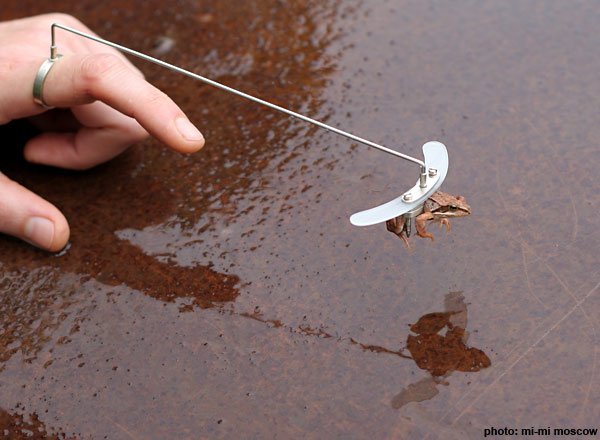 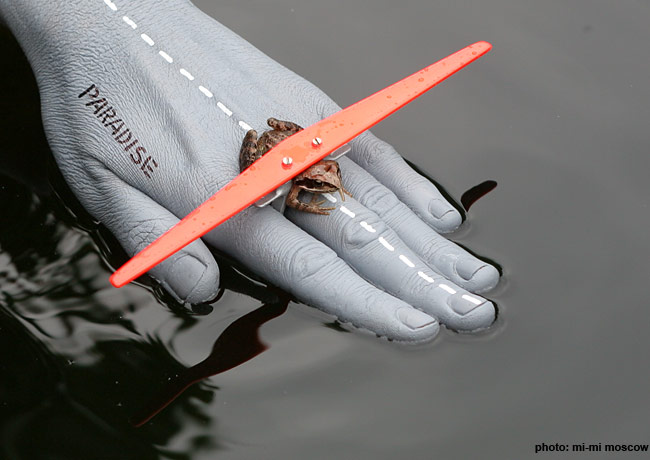 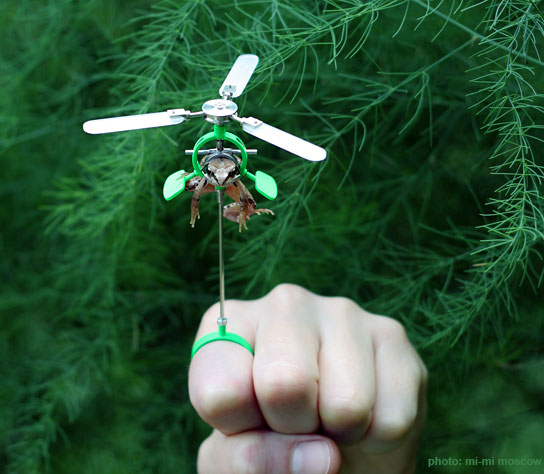 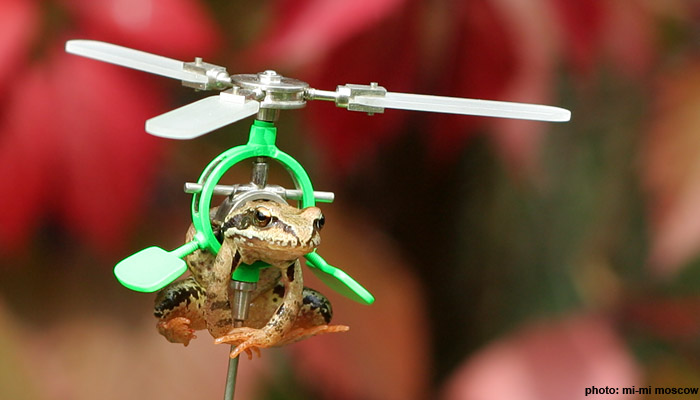 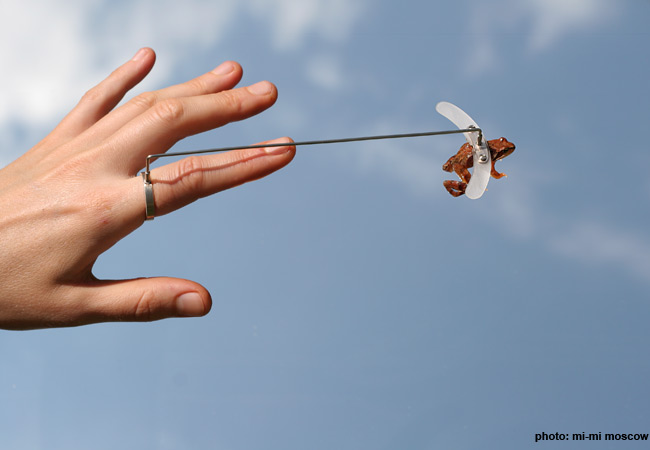 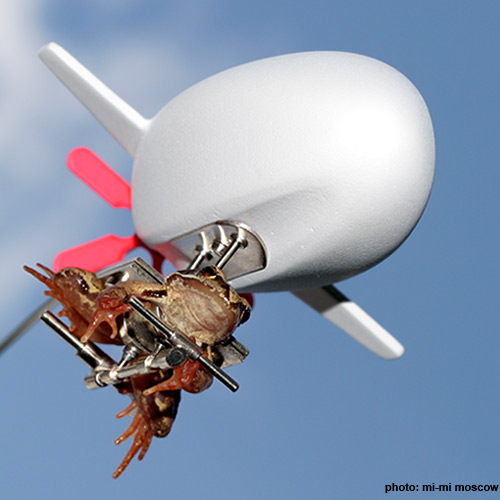 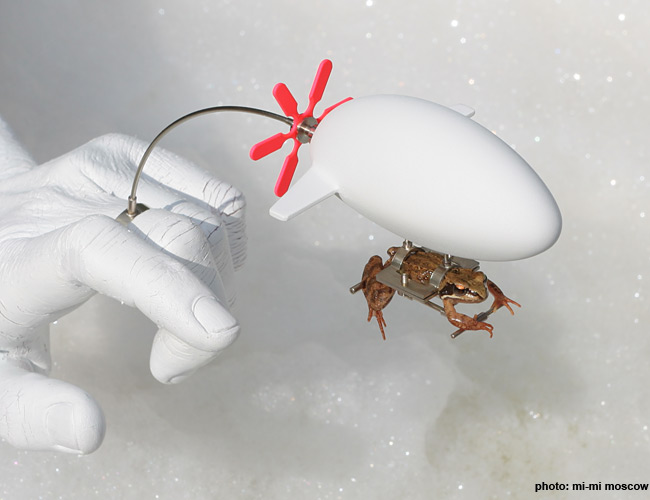 “The Fly of Destiny”