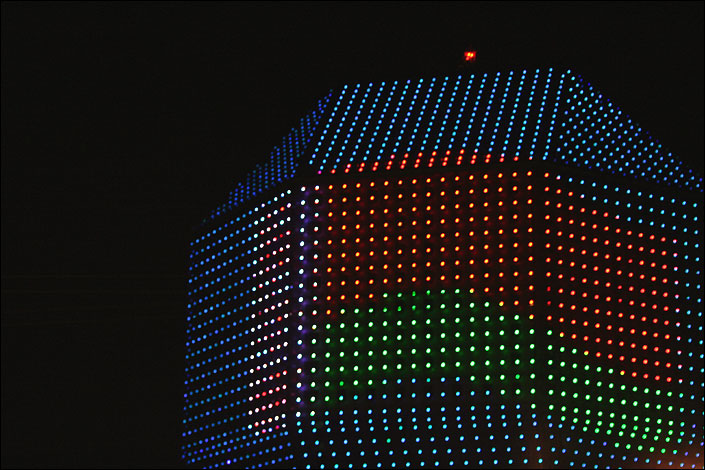 This building was not so long ago erected in Minsk by a personal order of Belarus president Mr. Lukashenko. Locals joke: “Lukashenko had just learned to read and decided to build a library dedicated to this new ability he acquired.”

He wanted to build an impressive building and therefore made everyone in the country pay for it. Students had to bring money to school for several months. Teachers are still having a part of their salary taken out to pay for this building. Well at least that locals say.

Foreign printed guide books also sometimes are not so serious about this structure: “Some say it looks like a diamond. We say it looks like the Death Star. In either case there’s no denying that the collosal, new home for the National Library now being constructed on the city outskirts is an example of the Soviet ‘bigger-is-better’ school of architecture. Worse yet, this pet project of Lukashenko’s is partly paid for by money donated ‘voluntarily’ (meaning not voluntarily) by students and school children. When completed, it’ll be big enough to house a whopping 15 million books. The National Library only has 8 million in its collection, so there should be plenty of space leftover for restaurants, gyms, and for the president to roam the hallways in a black cloak, breathing Vader-like while dramatic music plays in the background.”

Of course, the most nice view of it is at night when its lightning is on. It allows to show animated scenes on its uncommon not flat but polyhedron many-sided polyhedral surface. We have a video down this page too. 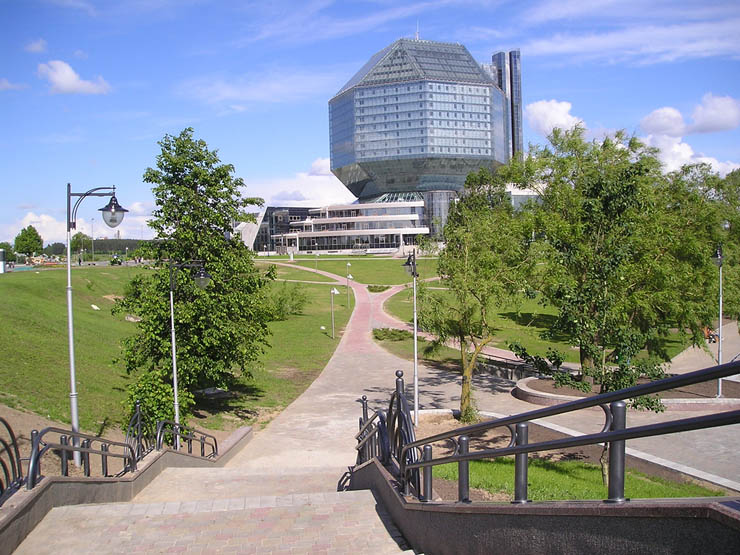 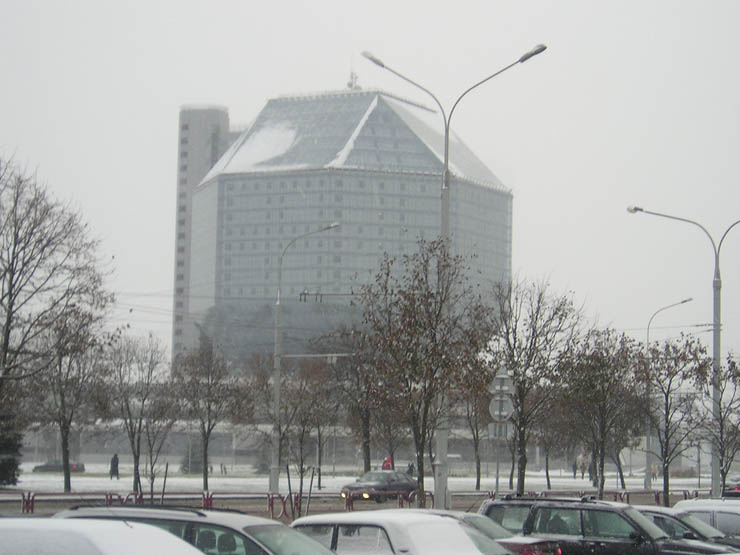 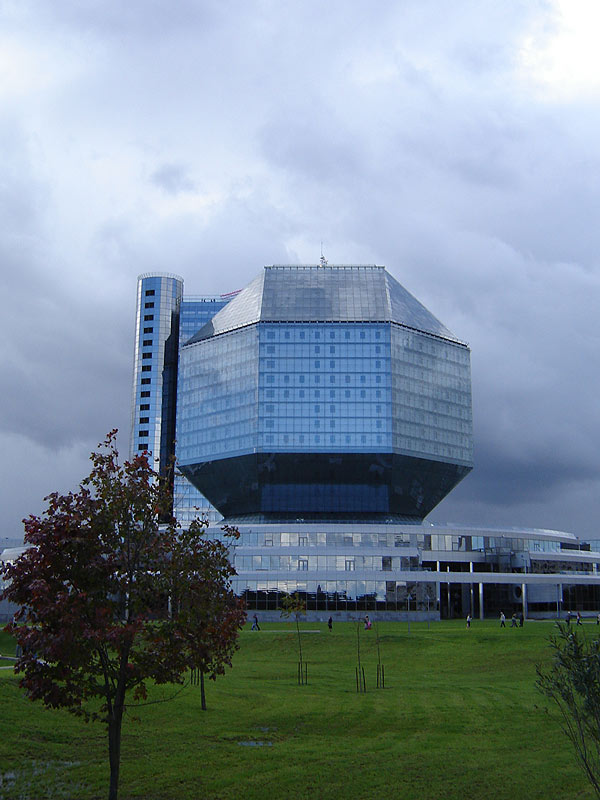 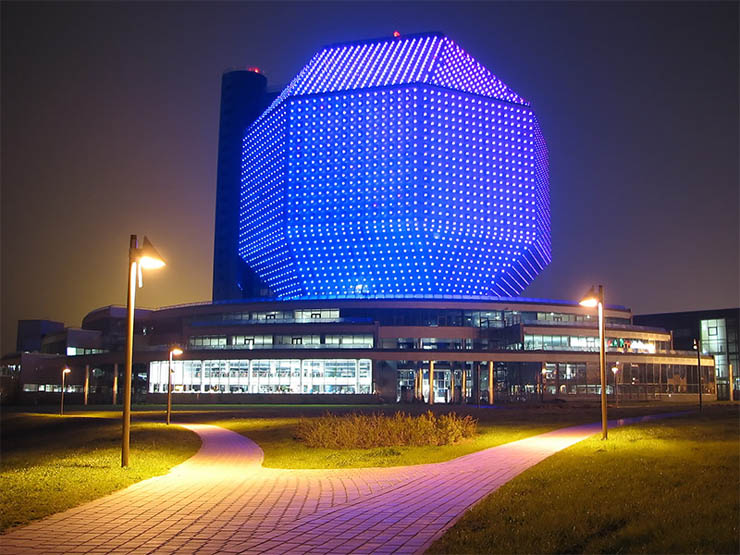 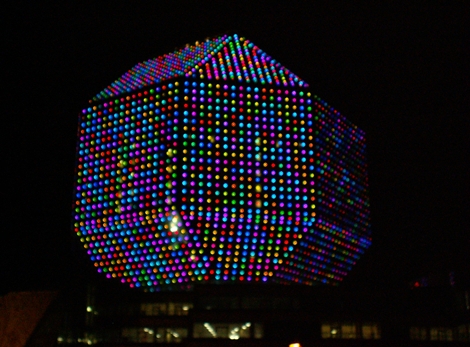 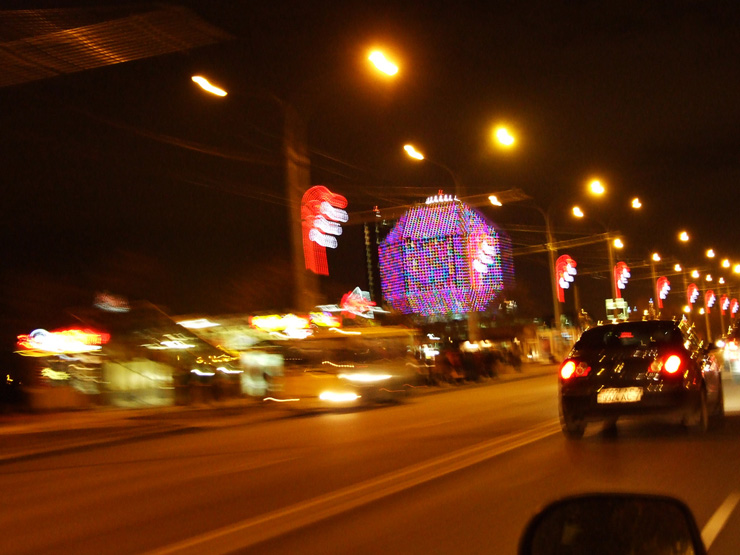 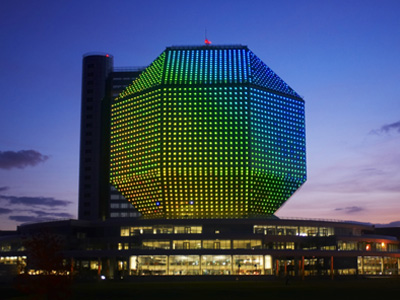 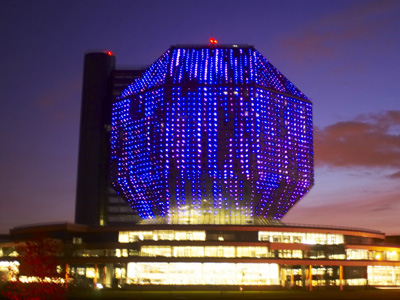 110 thoughts on “Death Star of Minsk”