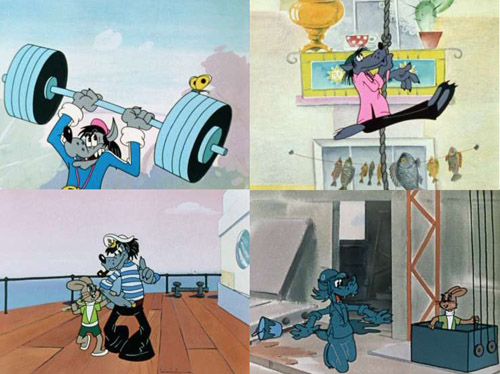 Nu, pogodi! (You Just Wait!) is a series of Russian animated shorts directed by Vyacheslav Kotyonochkin, produced at the Soyuzmultfilm studio in Moscow, between 1969 and 1986.

The plot is similar to the world-famous cartoons, Tom & Jerry or The Road Runner: the Wolf (Volk), a hooligan and a smoker, tries to catch the Hare (Zayats), a very positive and kind hero, with the intention of eating him.

Every episode shows various aspects of life. For example, there are episodes in a museum, in a city, at the fairground at night, etc. As for music, only modern musical hits of that time were used.

This series has become the favorite Soviet cartoon among several generations of Russians families even up until today.

Any additional information can be found here, and the whole series is below.

32 thoughts on “Nu Pogodi! The Most Favorite Russian Cartoon Ever”