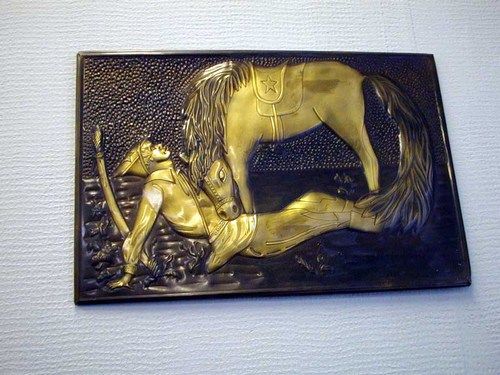 We’ve already told about the strange Soviet stamp issued for the 50th anniversary of the Soviet Army at 1968.

And this is the stamping of approximately the the Civil War time. Looking on it, it is also hard to say, what the authors tried to tell common people about the Soviet army and the Revolution.