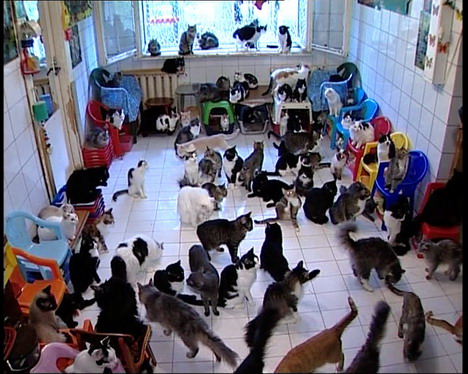 Can you imagine about 130 cats in a one small Moscow flat? If you can’t, then watch the pictures and the video below. The flat’s owner says, that she loves homeless pets and simply wants to help them. 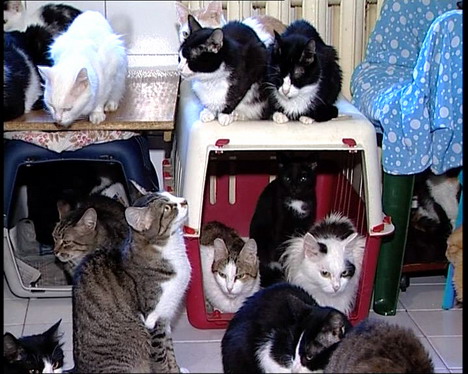 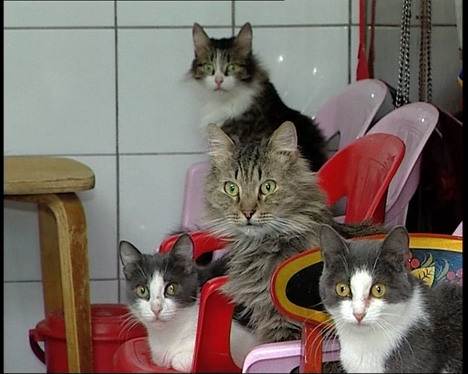