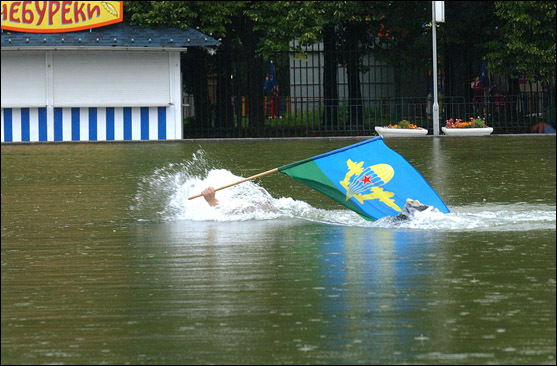 In our recent publications we told about how Russia celebrates the day of Russian airborne troops, called “VDV day”, when some of drunk paratroopers swim in the fountains and sometimes can even beat people.

So happened in Lipetsk city, when the big group of celebratings came to the central market. Thought they didn’t discover any Azerbaijan owners of the counters, they started to smash up all the watermelons. Following this incident, the victims became Russian saleswomen, which now have to pay large compensation for the spoilt goods.

And what’s about the police, they simply didn’t prevent the lawbreakers from the rampage. 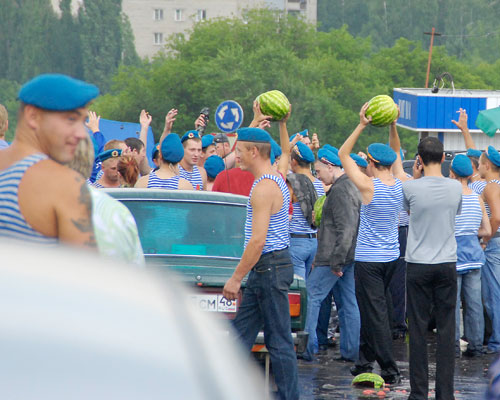 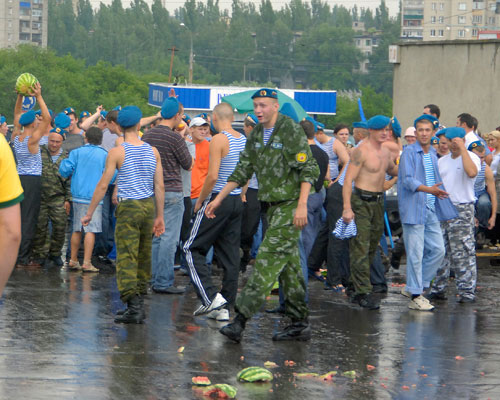 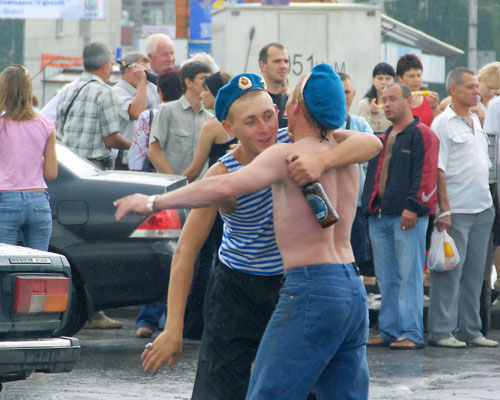 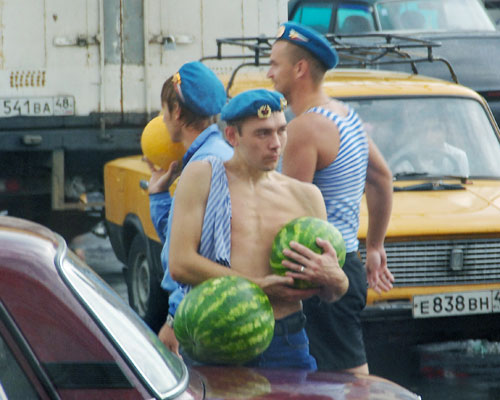 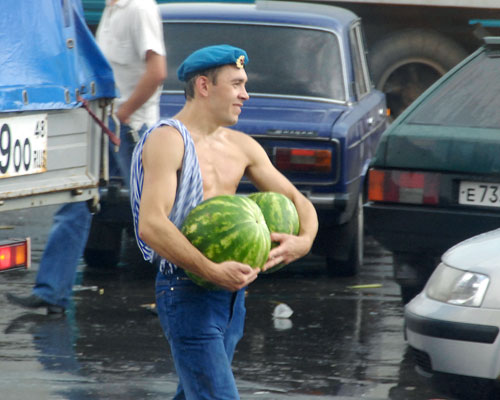 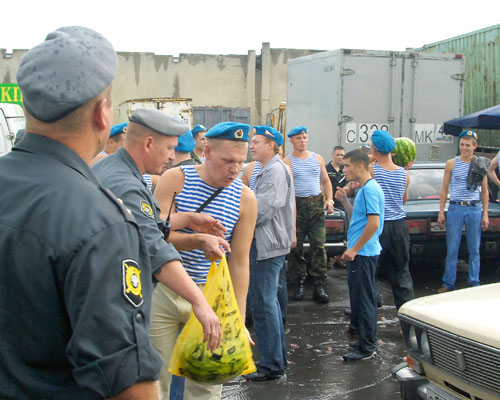 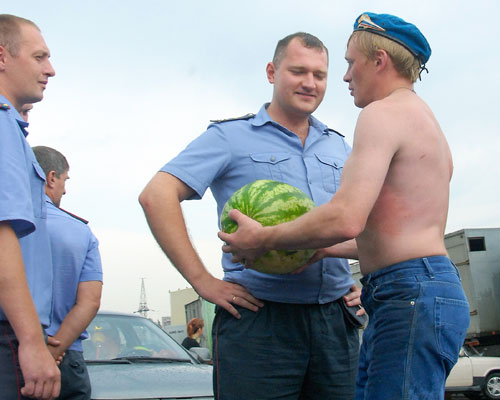 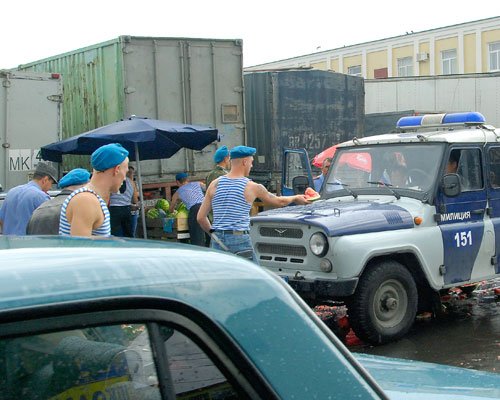 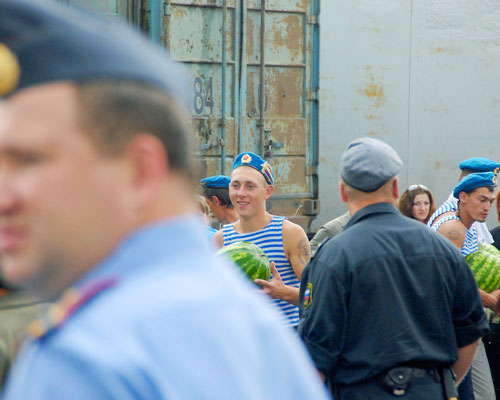 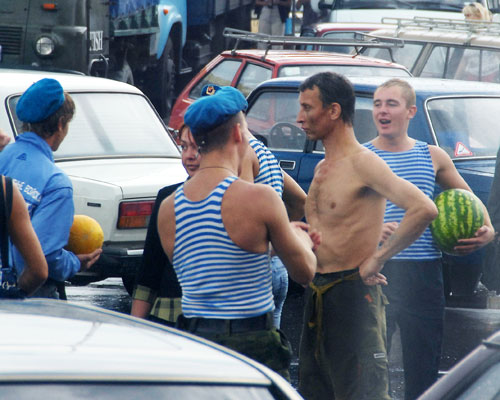 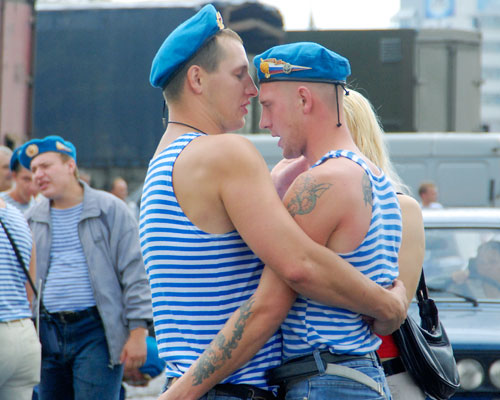 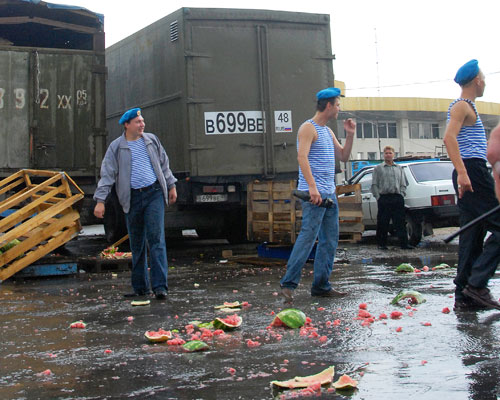 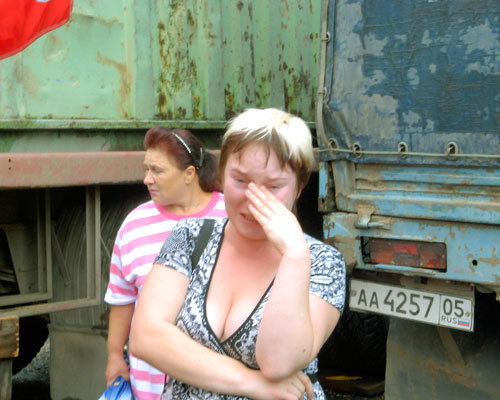 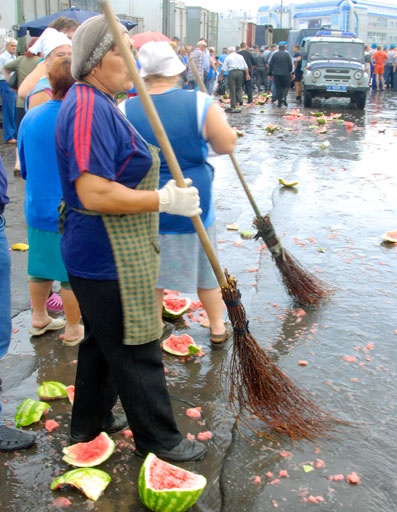 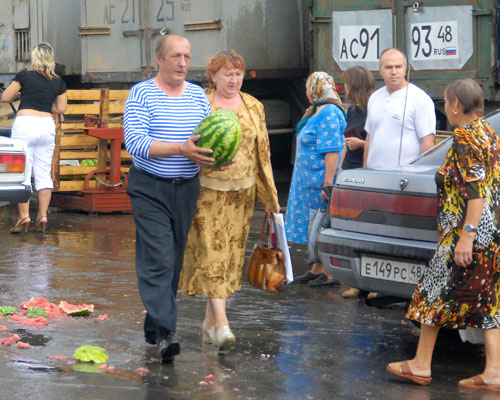