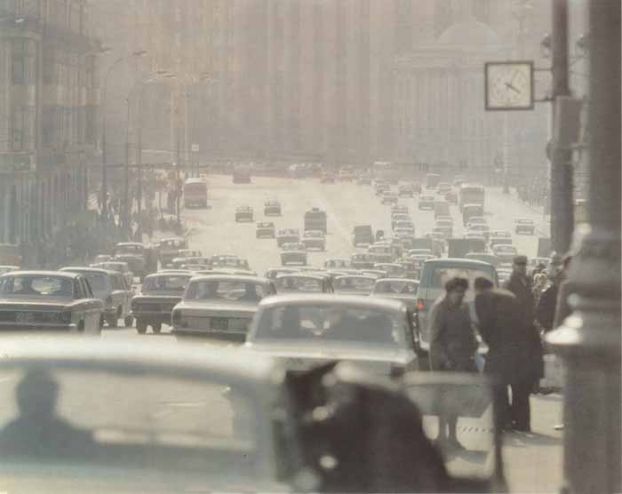 How about the compilation of the rare Russian cars that even common Russian people that live in Russia had probably never seen before? Hand picked examples of Russian automobile industry are presented in this article for your viewing pleasure.

AZLK factory (now is closed) was indeed the factory of “might-have-been” Soviet auto-dreams. Judge by yourself:

Moskvich 408 Tourist (1964) with the top speed of 80 mph (130 km/h) could be a real cabriolet for the middle class, but at that time the country leaders decided that such an automobile would be too luxurious for a Soviet proletariat. 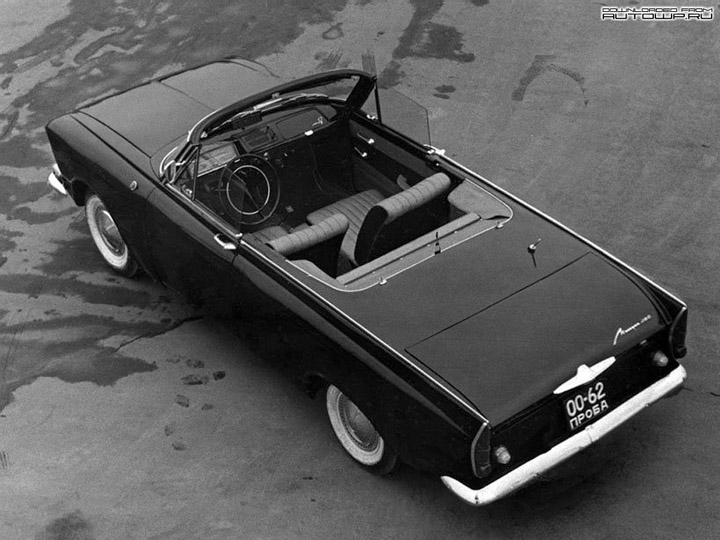 The idea of this Moskvich-cabriolet was carried out by AZLK only in producing pedal vehicles for kids. 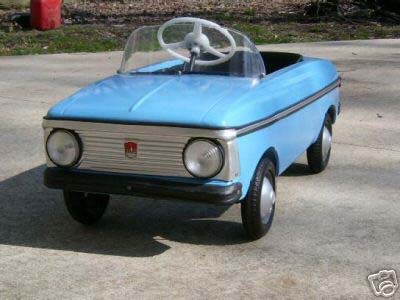 Click to read the full article about Soviet pedal vehicles for kids on Englishrussia.

AZLK 2139 Arbat (prototype of the 1987) had to be a revolutionary looking car of the Soviet (Russian) automobile industry of the 90s. But the Soviet country leaders with their dislike for the idea of the accessible luxurious cars for the middle class and the collapse of the Soviet Union by itself made this automobile just a part of the exhibition in AZLK museum in Moscow. 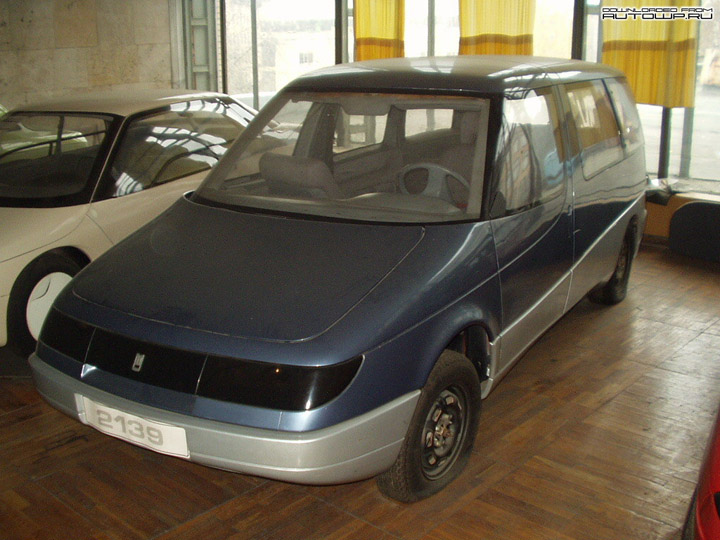 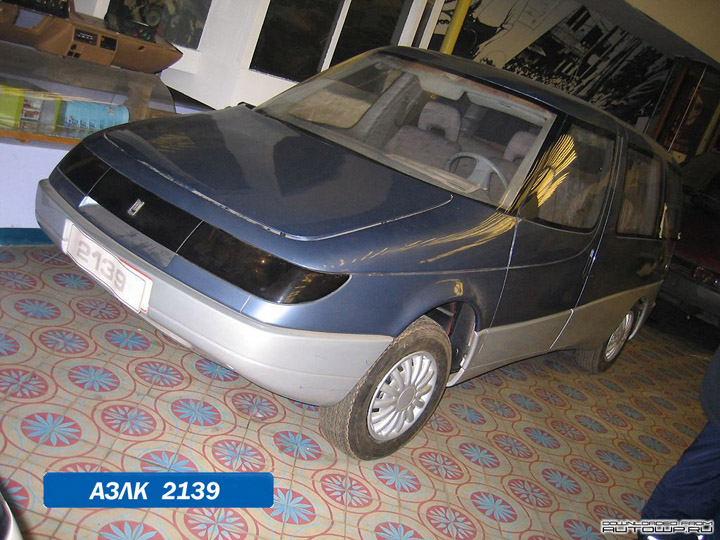 The model of Moskvich 2141 KR (prototype of the 1988 for rally races) with the engine of 175 hp and the top speed of about 125 mph (200 km/h) could be a beginning of a short-run production of AZLK sports-cars, but the idea also wasn’t realized. The prototype now stands in Autoreview museum (Moscow). 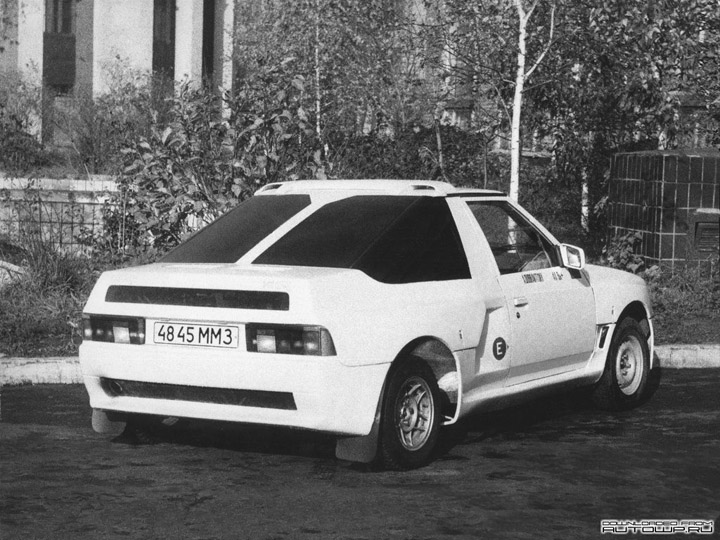 While AZLK was making attempts to introduce some luxury into the Soviet automobile industry, two other car factories, Gorkovsky (GAZ) and Volzhsky (VAZ), were trying to start their own amphibian cars production:

VAZ 2122 Reka (River) Amphibian was developed in the late 70s / early 80s, by the request of the military department. This unique Soviet jeep was able to move on water at the speed of 5 mph (9 km/h). But after successfully passed the tests the project was closed for some unknown reason. 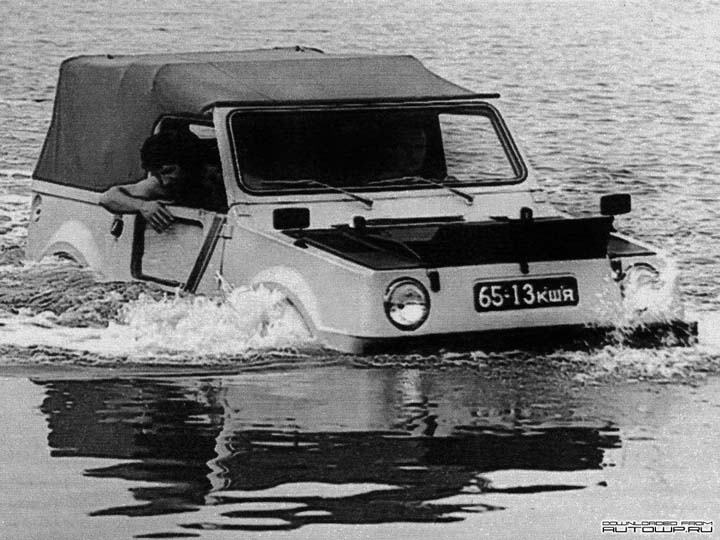 UAZ 3907 Jaguar of Gorkovksy car factory (GAZ) had shared the fate oh his VAZ amphibian brother. This car, developed in the late 70s, was able to move on water by means of two propeller screws, and could carry up to seven persons in full equipment. The vehicle showed wonderful rolling characteristics during various tests at extreme temperatures (from -116F (-47C) up to 113F (+45C)). The project was closed because of inflation caused by the collapse of the USSR. UAZ 3907 Jaguar was not the only attempt of GAZ factory to produce non-typical off-road vehicle. In the middle 70-s was developed the experimental modification of Volga – GAZ-24-95.

Click to read the full article about Volga Randrover on Englishrussia.

Volzhsky car factory (VAZ) also made attempts to produce it’s own sports car but with a help of it’s foreign partners. Here are some examples:

In 1978 in Vilnius (Lithuania) a firm called VFTS constructed modification of Lada called “Lada Samara Eva (Eve)”, based on the Lada 2108 model. This was a rear wheel drive sports car with the engine of 300 hp. 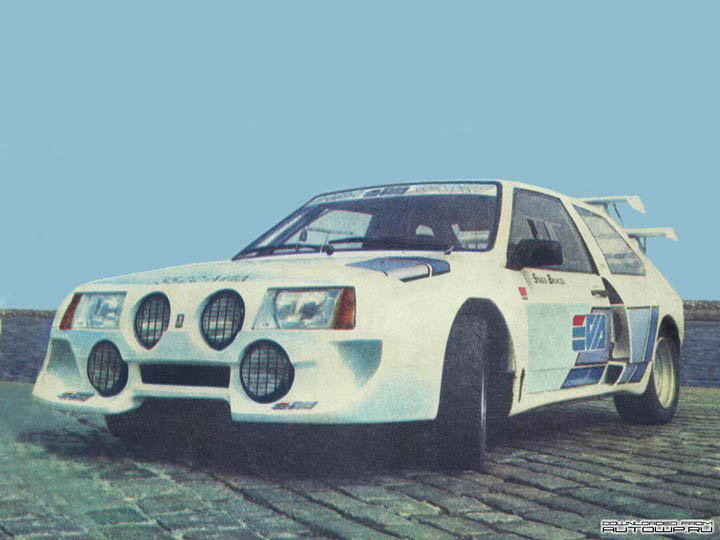 Another modification of Lada, Lada Samara T3, was actually none-Soviet sports car with the components of Porsche, subsidized by the French Lada exporter called Poch and constructed by Oreka company. It successfully participated in various European rally championships in 1990-1991, such as “Paris-Dakar” and “Tunisia”. 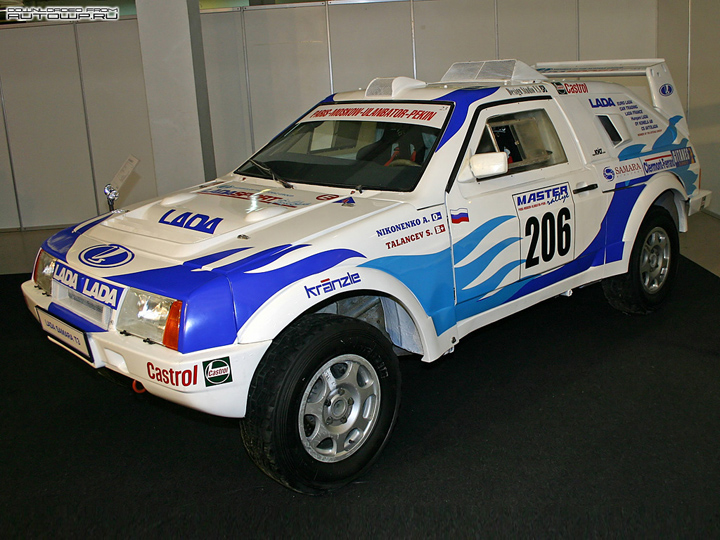 And the story of the Soviet sports cars has started in the early 30s and it is closely related with ZIL (Lihachiov car factory), former ZIS (Stalin car factory). But the point is that during that time the Soviet leaders considered that the motoring should only serve to the country and the developments of ZIL were nothing more than prototypes used for testing various components designed for governmental automobiles. Most of them only looked as sports cars…

For example, ZIS 101A Sport (1939) was too heavy for its engine and could hardly gain speed of 100 mph (160 km/h), but its tires were not suitable for such high speeds. The beginning of the World War 2 has put an end to this project. The most (and probably the only) successful sports car of Lihachiov factory was the legendary ZIL 112-S (1961) with the engine of 240 hp, an original transmission, a top speed of 170 mph (270 km/h) and an exterior that resembled in some way Italian Ferrari Testarossa of that time. During the construction of ZIL 112-S there were used elements of GAZ-21 Volga of Gorkovsky car factory. USSR was the communist state, so there weren’t any private enterprises. All the factories were owned by the Government and collaboration between them was a customary practice, not only in case of ZIL 112-S.

As it has appeared, the first model of KAMAZ (Kamsky car factory) was also developed on ZIL factory in the late 70s (ZIL-175). One can see it on the picture below. It is necessary to notice, that the later KAMAZ models have become the winners of Paris-Dakar European race. Click to see KAMAZ trucks in action on Englishrussia.

If to say more about the prototypes and the experimental models, many of them looked quite different in comparison with the final models.

For example here is the prototype of the Soivet and Russian off-road car Lada Niva E2121 Crocodile and the original later serial model Lada Niva 2121 (1979). And this is the prototype of ZAZ 966 (Zaporozhets) with the forward wheel drive and the hood that resembles Lada 2101 (VAZ) .This model has not been put on production. The final ZAZ 966 had the rear wheel drive and different design. That was an attempt to present some really rare facts of Soviet Empire, to add for the multi-angle view on Russia that we try to compile on one English Russia website.

You know something too? Share with us through our our forum or feedback form.