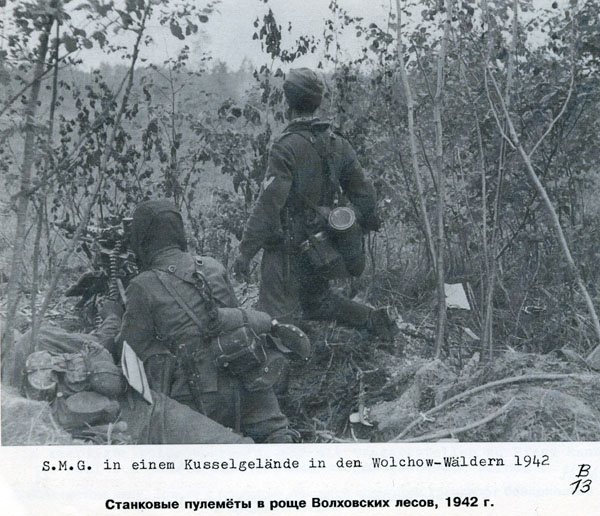 In winter of 1942 Russian 2-nd striking army of Volkhovsky front had tried to break the blockade of Leningrad (St. Petersburg), but it got into the strong German encirclement near the settlement called Myasnoy Bor (Pine Forest “Meaty”) located in Novgorod region. Over a half of the year Russian soldiers, without any ammunition, medical or food supplies, had been trying to break through the ring. The commander of the army general Vlasov had give up. This battle carried away more than tens of thousands of lives. Later people called this place “the Valley of Death”.

Below one can find the historical photos, made by German photographers. The part of them are propagandistic. 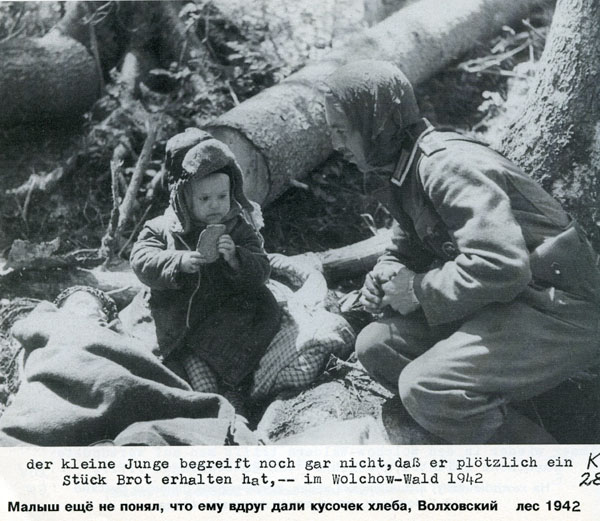 Volkhovsky forest, 1942. This child has not yet realized, that the soldier gave him the slice of bread. 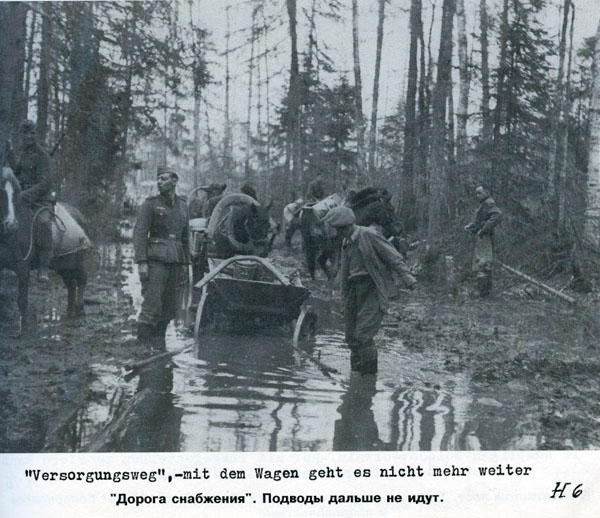 The end of the baseline. 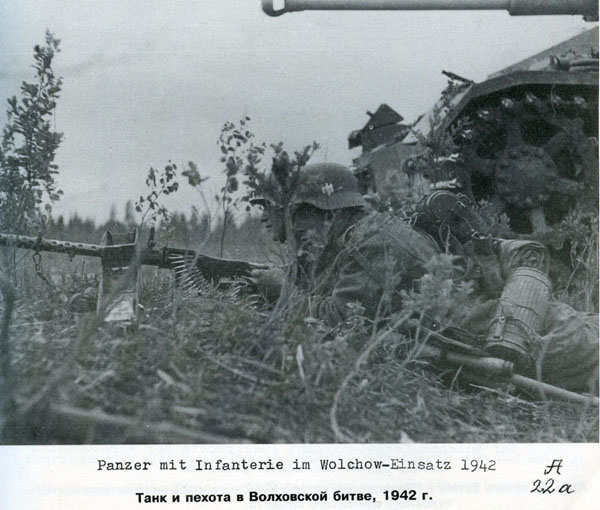 German Infantry and the tank during Volkhovskaya battle. 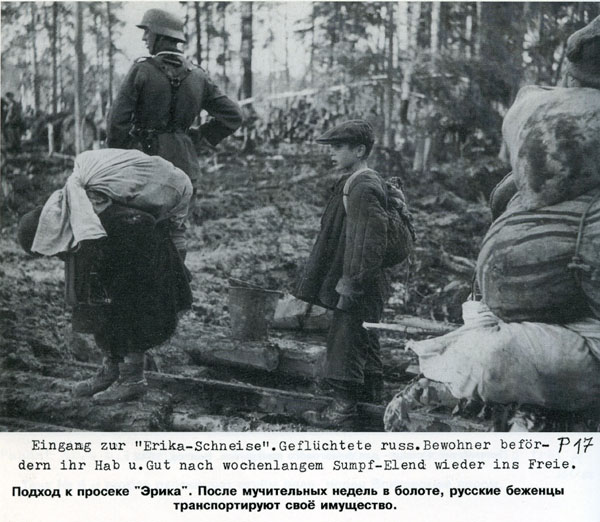 Russian refugees convey their property through the marsh near the “Erika” glade. 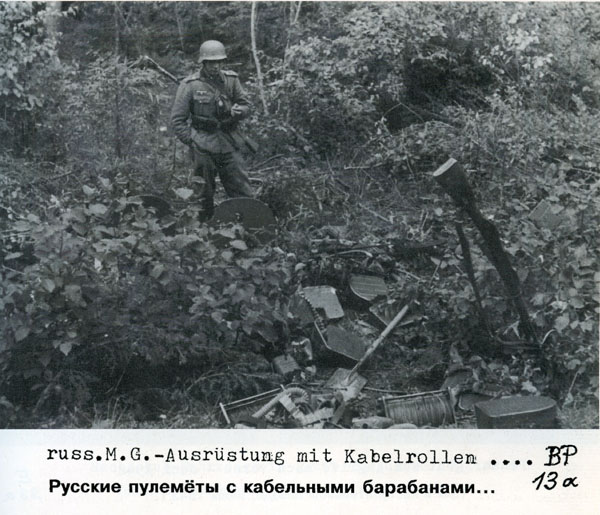 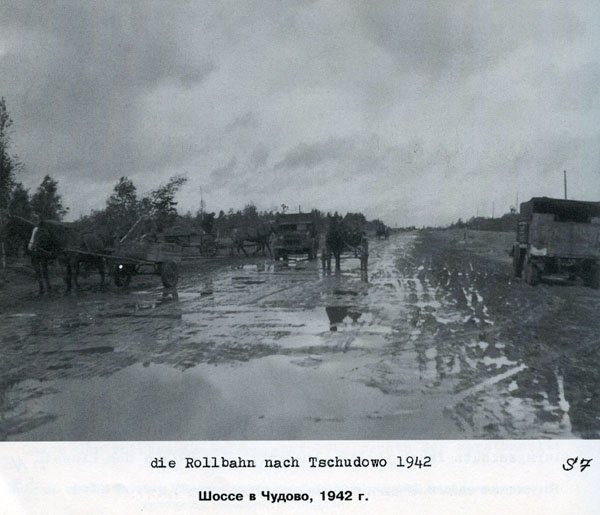 The way near Chudovo settlement. 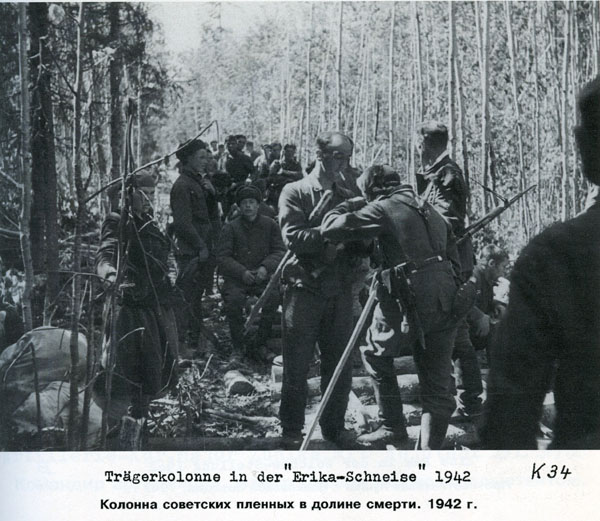 Column of Russian prisoners of war in the Valley of Death. 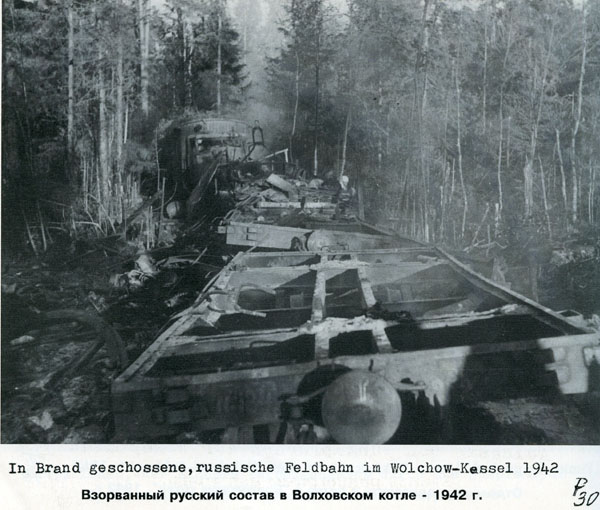 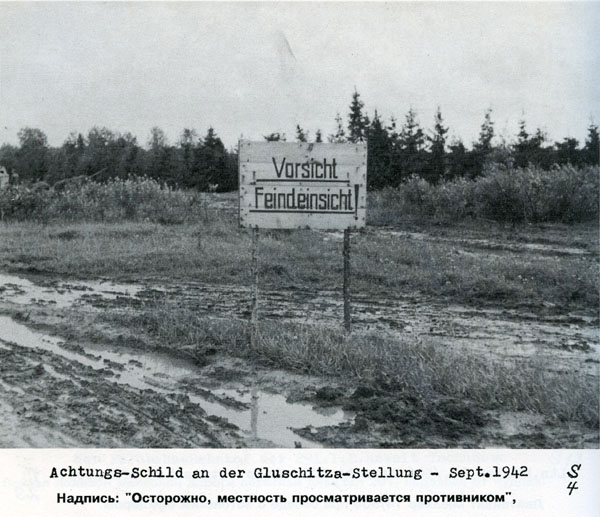 Sign reads: “Caution! This area is overlooked by the enemy!” 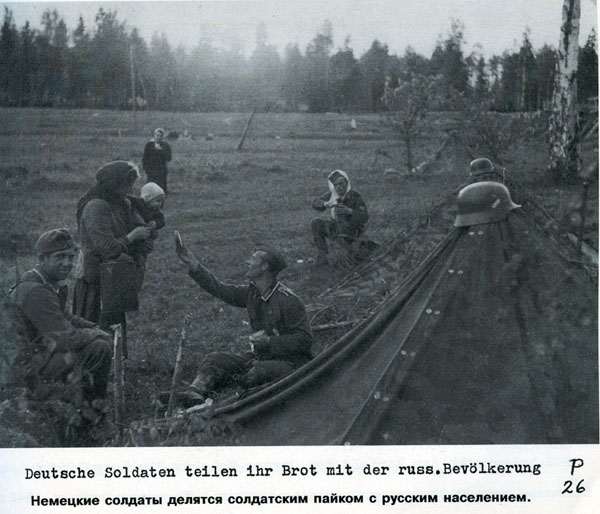 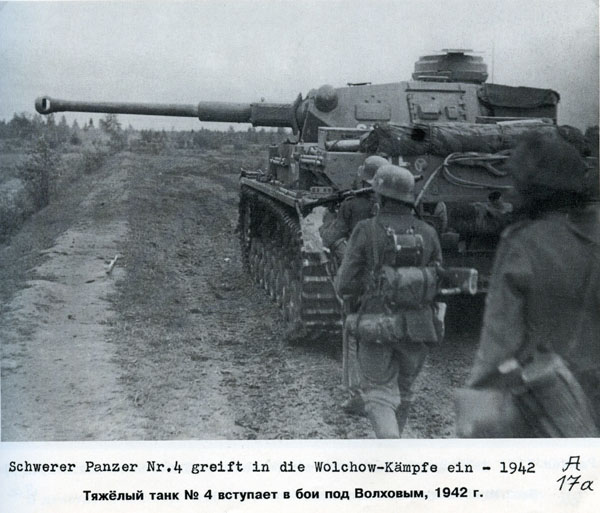 German heavy tank №4 on his way to the battle. 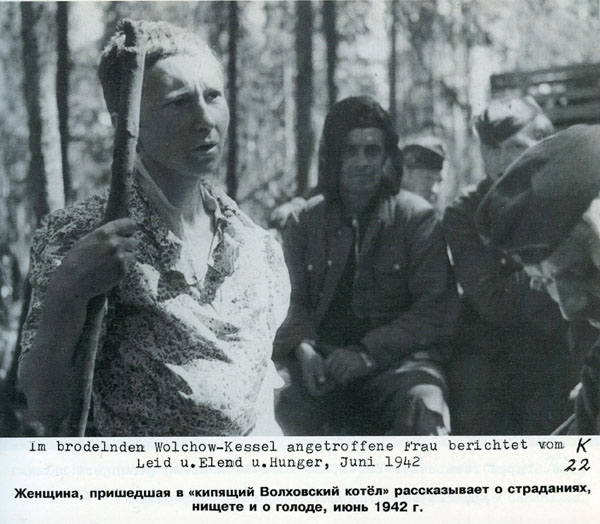 Soviet woman tells about the sufferings, poverty and starvation. People had to chew the wood putty because of starvation. The group of starving Russian children. And these were found alone in the woods. Wounded prisoners (the trees on the background are picked by starving people). 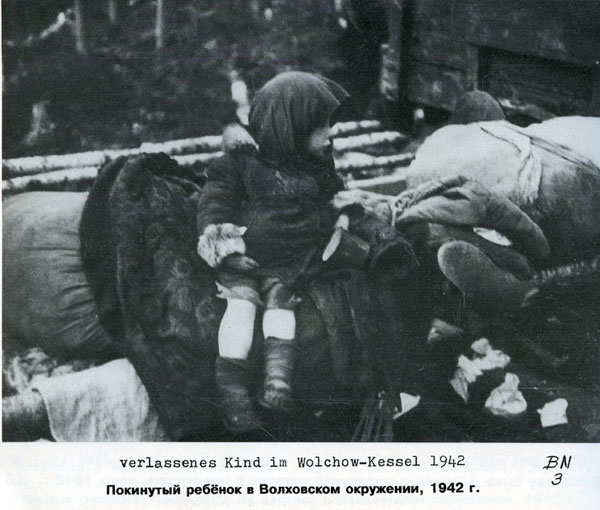 Wounded Russian soldiers in the encirclement. Russian women getting out from the marsh on the railroad. Wounded Russian soldier is trying to find his way out. 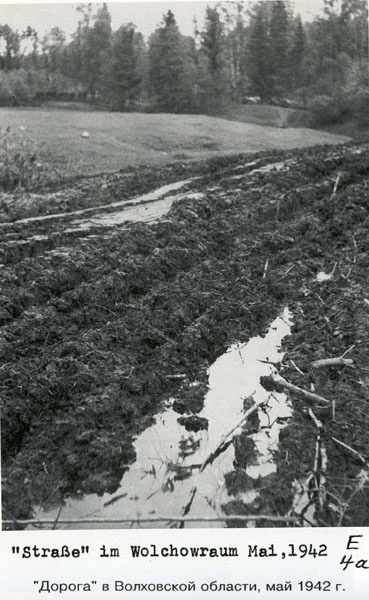 The road in Volkhov region. German tank obstacles in the way of Russian soldiers. 82 thoughts on “The Battle in Volkhovsky Forest (World War II)”