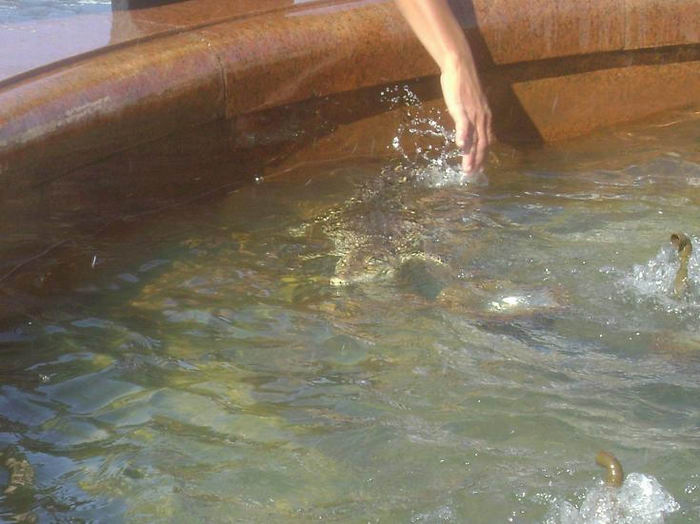 Andrei has submitted us the photos of the little crocodile that has been found in one of the fountains of Khabarovsk city in Russia. It’s still unclear how it got in there, but it caused great excitement among the passers by, people wanted to get a shot with an uncommon creature that was found in the uncommon place. 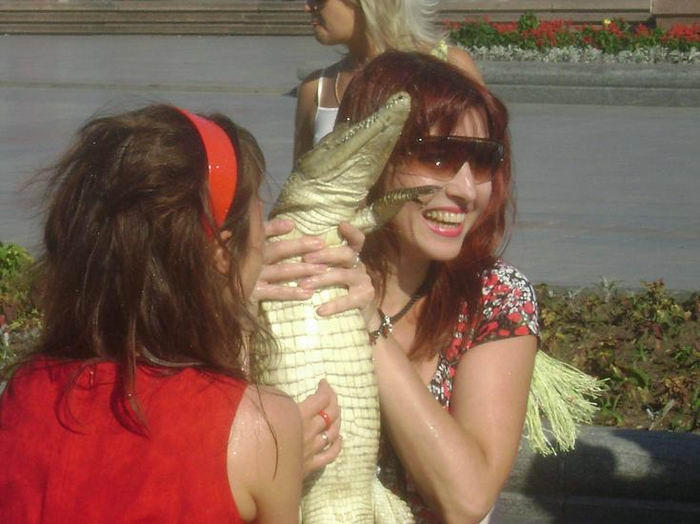 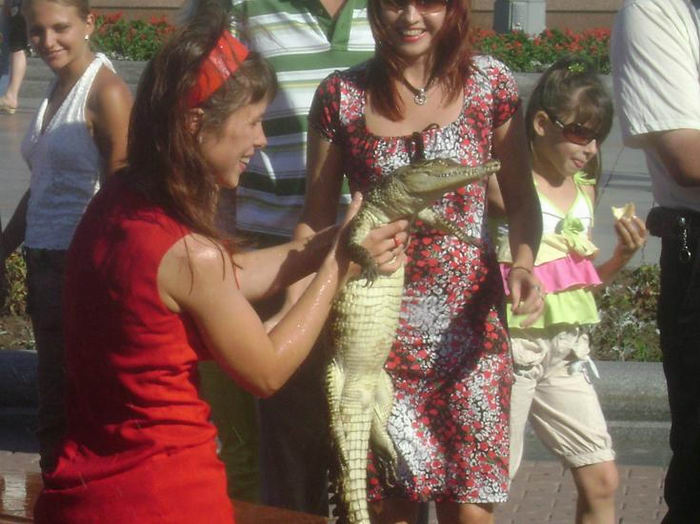 10 thoughts on “Croc in the Fountain”