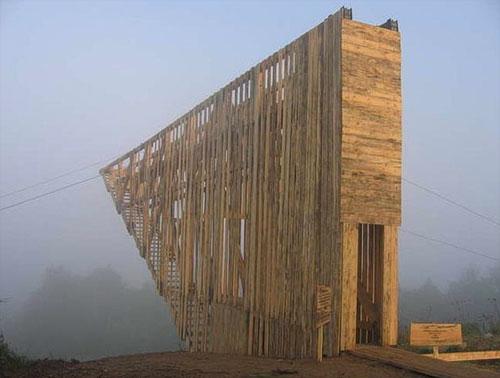 Deep inside Russian countryside there is a place with a strange object. It’s made solely of wood and is called “The Half-Bridge of Hope”.

It looks like a wooden bridge from one side of hill to another which suddenly finishes on its half. It has no any logical meaning or practical purpose, just stands in one of numerous Russian villages as an art object, made of wood as everything other around it. 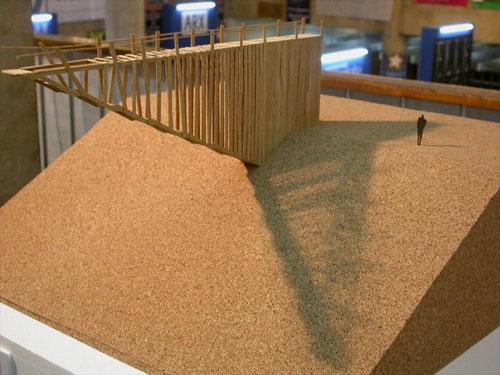 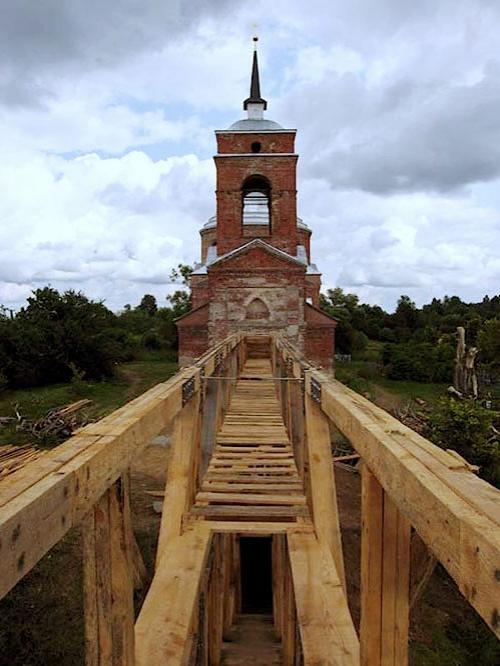 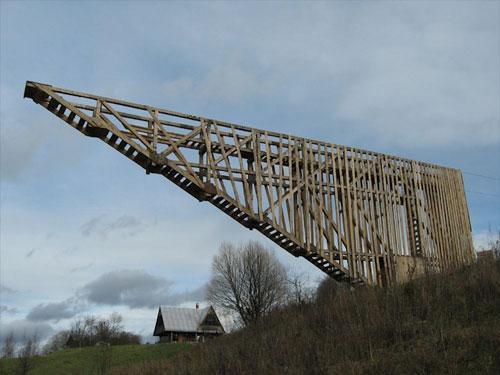 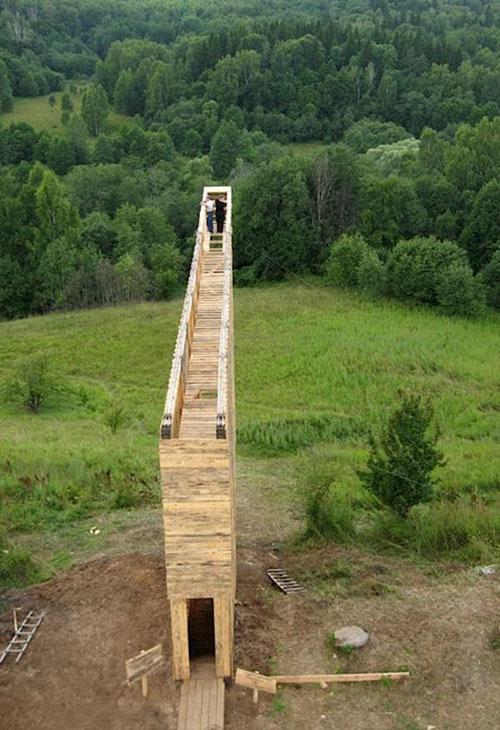 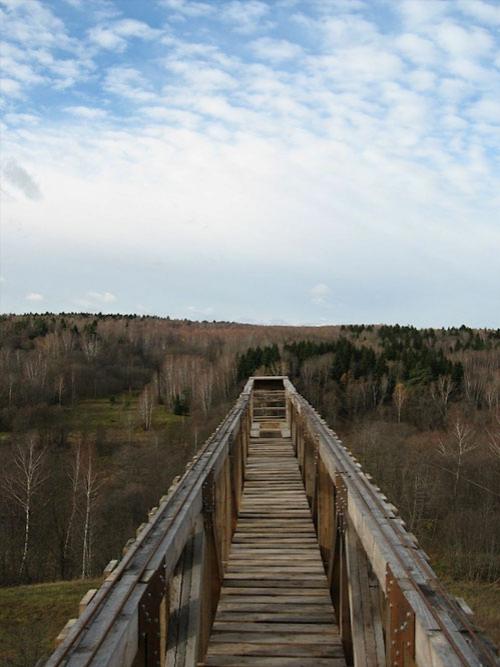 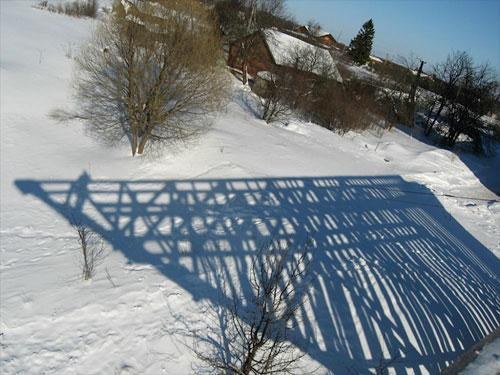 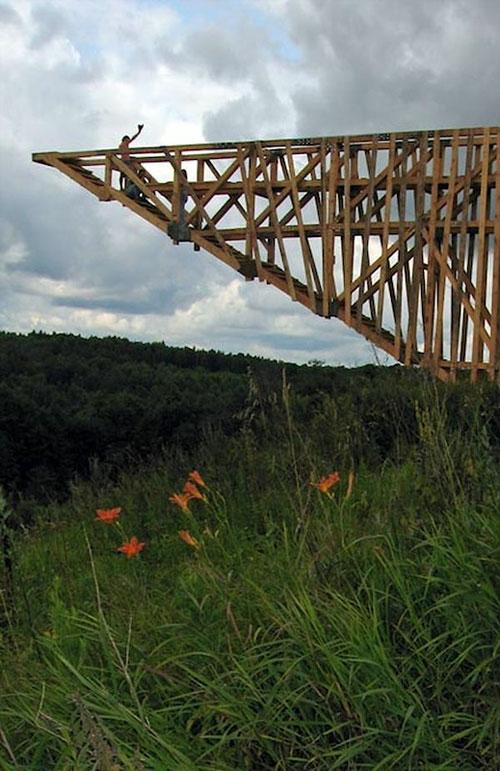 Around this “bridge” there are some other strange structures were built later, also solely from wood. 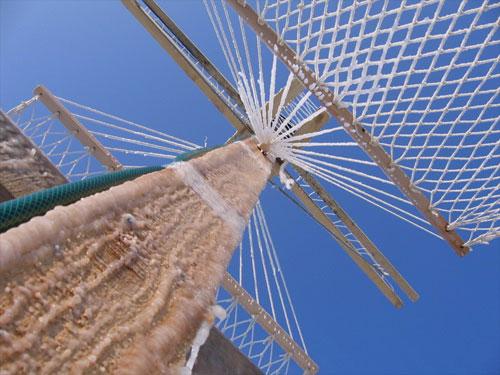 This one is called “an icicle generator”, so it generates different sorts of icicles in the winter. 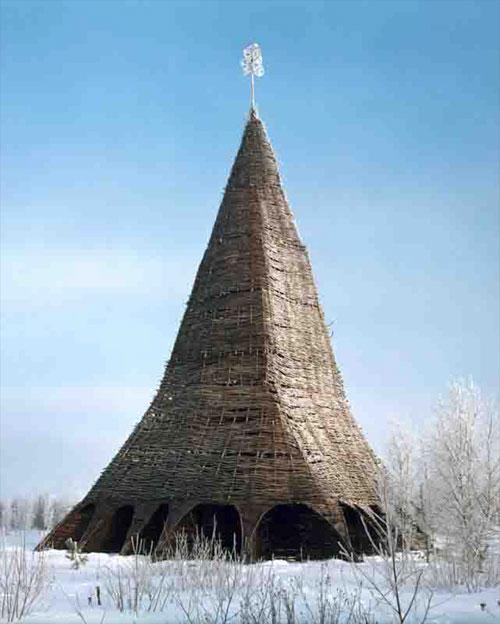 And this one is “The Tower” made of wood and hay. Some say it resembles the Eiffel Tower of Paris. And sometimes different temporary structures are being built and then burned down. 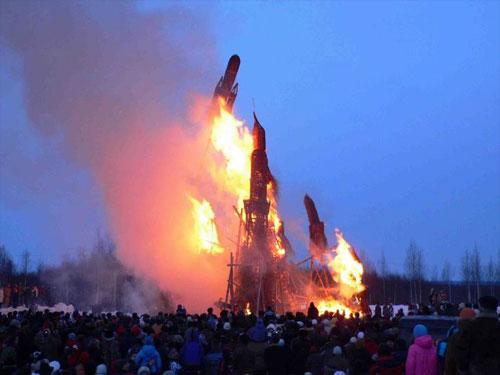