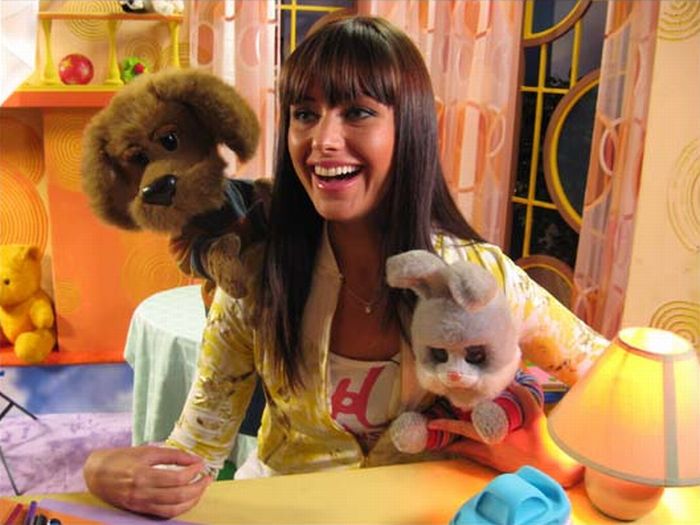 This is “Good Night Kids” TV-show, one of the most popular and the oldest kids tv-show in Russia, back since Soviet Times.

It’s being conducted by a lady surrounded with two or three moving and speaking dolls.

Since 2003 there is Miss Universe 2002 Oxana Fedorova works on constant basis.

But less people and kids know how the show is being made. It stays so since its early time of Soviet television, still stays unchanged. On the photo below you can see how do they animate the dolls. 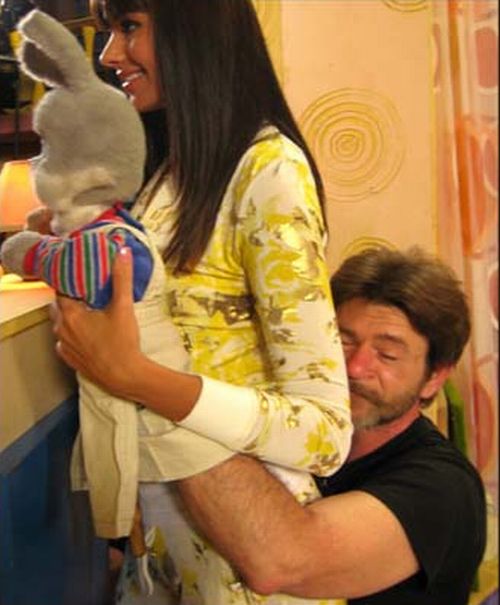