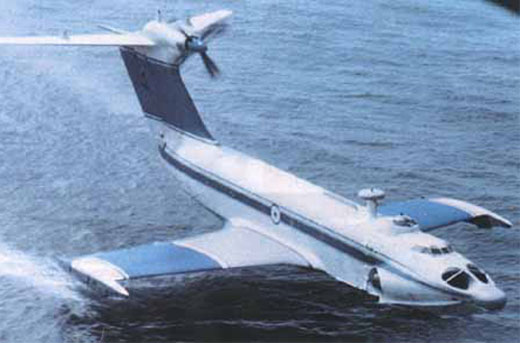 An “ekranoplan” literally “screen plane” is a vehicle resembling an aircraft, but operating solely on the principle of ground effect. Ground effect vehicles (GEV) fly above any flat surface, with the height above ground dependent upon the size of the vehicle.

During the Cold War, ekranoplans were sighted for years on the Caspian Sea as huge, fast-moving objects. The name Caspian Sea Monster was given by U.S. intelligence operatives who had discovered the huge vehicle, which looked like an airplane with the outer halves of the wings removed. After the end of the Cold War, the “monster” was revealed to be one of several Russian military designs meant to fly only a few meters above water, saving energy and staying below enemy radar.

The KM, as the Caspian Sea Monster was known in the top secret Soviet military development program, was over 100 m long (330 ft), weighed 540 tonnes fully loaded, and could travel over 400 km/h (250 mi/h), mere meters above the surface of the water.

The important design principle is that wing lift is reduced as operating altitude of the ekranoplan is increased (see ground effect). Thus it is dynamically stable in the vertical dimension. Once moving at speed, the ekranoplan was no longer in contact with the water, and could move over ice, snow, or level land with equal ease.

These craft were originally developed by the Soviet Union as very high-speed (several hundred km/hour) military transports, and were mostly based on the shores of the Caspian Sea and Black Sea. The largest could transport over 100 tonnes of cargo. The development of ekranoplans was supported by Dmitri Ustinov, Minister of Defence of USSR. About 120 ekranoplans (A-90 Orlyonok class) were initially planned to enter military service in the Soviet Navy. The figure was later reduced to less than thirty vehicles, planned to be deployed mainly for the Black and the Baltic Soviet navies. Marshal Ustinov died in 1985, and the new Minister of Defence Marshal Sokolov effectively ceased the funding for the program. The only three operational A-90 Orlyonok ekranoplans built (with renewed hull design) and one Lun-class ekranoplan remained at a naval base near Kaspiysk.

This is “Caspian Monster”. 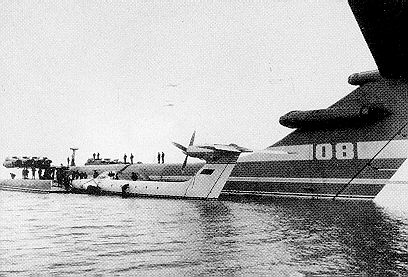 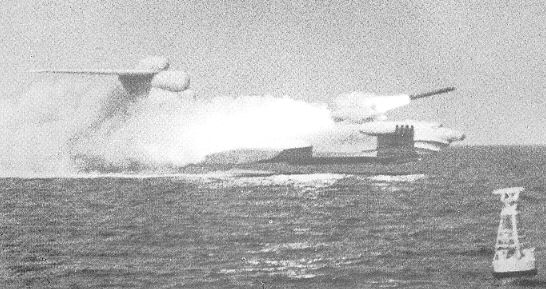 They could fire missiles… 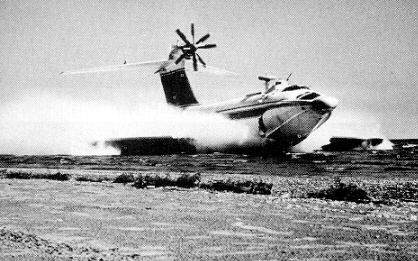 …and could go above the ground as well, coming on the shore from the sea without slowing down… 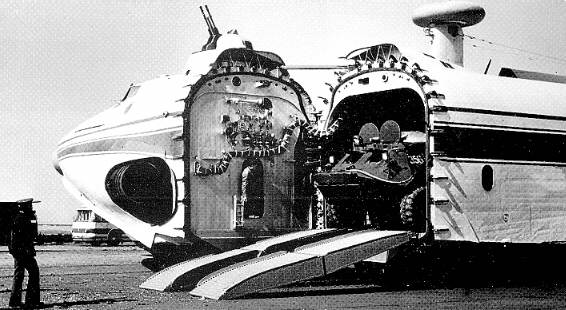 …as well as carrying some tanks… 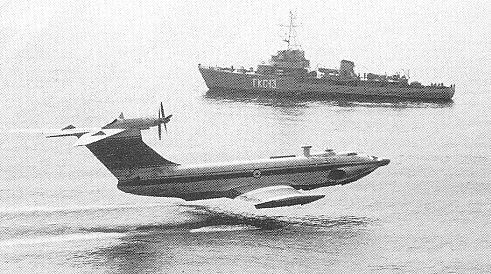 …and act in cooperation with traditional fleet. 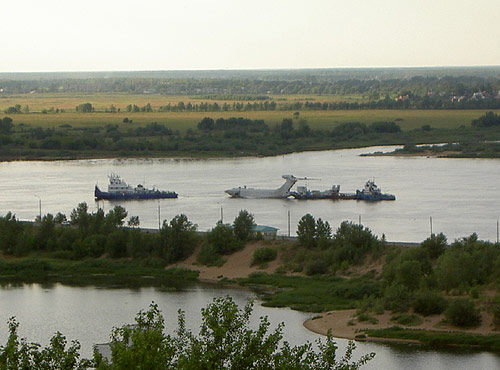 The all photos above were made during the Soviet Era, when the Soviet state had money and desire to experiment with this strange ekranoplanes. These days almost none of the left in working condition.

On these photos made by Russian blogger Bu33er you can see the one of the last ekranoplans “Orlyonok” being transported by the tow-boat across the Volga river to one of the entertainment parks of Moscow, where it would be probably installed as another monument for never to be returned Soviet times and achievements. 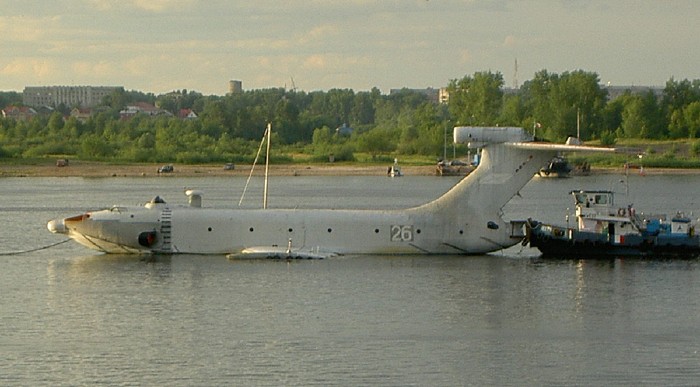 And special thanks goes to English Russia discussion board.