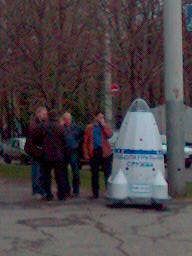 They say that these days there is a strange thing cruising across the streets of Russian city Perm. It has police signs on itself and uses public roads to move, it speaks to passers by with a robot-type voice and has a few cameras which make photos of events. The local police office said that it’s an experimental automated police machine for improving security in the city. We don’t have perfect photos of this thing, I hope they would be available a few days later, though today many Russian Internet news agencies mentioned this machine. We could call it Russian Robocop in action but actually it looks more like R2-D2 in action. 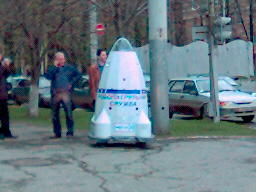 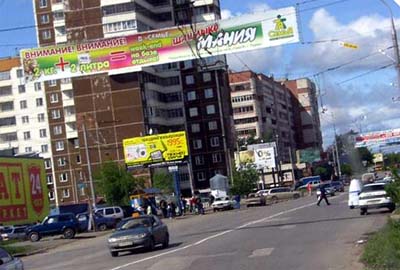 6 thoughts on “Robocop of Perm”