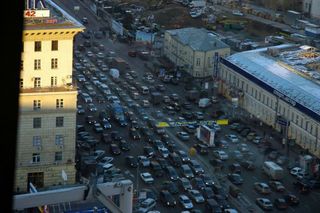 Usually Moscow roads during the busy work day or even at weekends look like on the pic above. But when The President needs to pass through Moscow streets thousands of policemen clear up Moscow streets fully blocking them from access of any cars, causing multi miles traffic jams in nearby streets, sometimes for hours.

On the photos below you can see how the regular streets of Moscow look before the Russian president’s motorcade and during its ride thru Moscow: 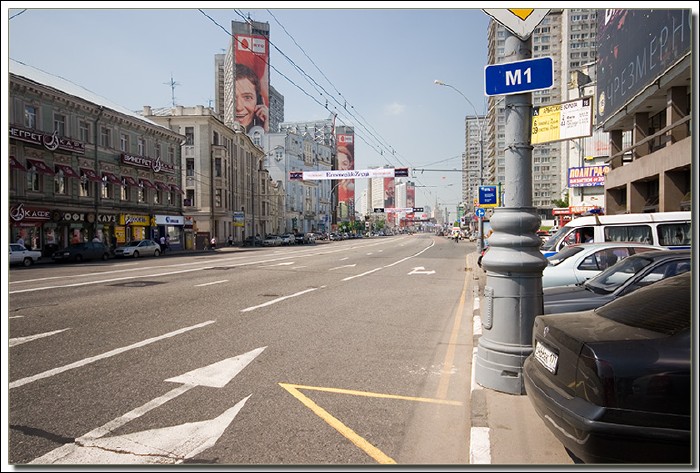 With an effort of road police and state guard the crowded streets are turned into empty road surfaces 20-30 minutes before His coming. As I said the nearby streets don’t look like that, they are very jammed with cars seeking their alternative way thus causing the whole traffic to jam. 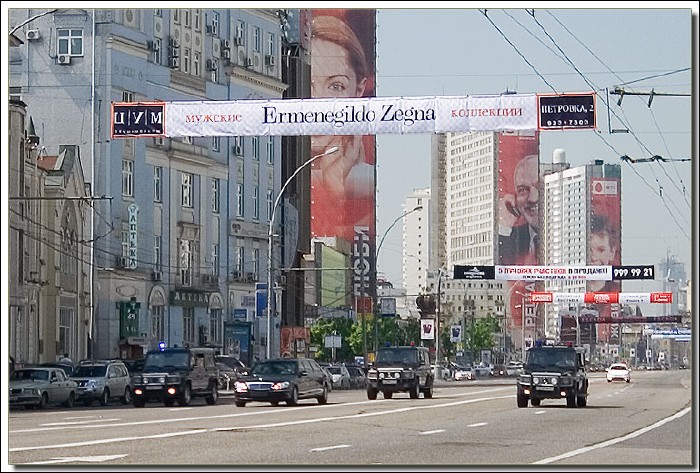 And here He is. One Mercedes limo with The President and Mercedes SUVs with guard.

Just some minutes later the jammed traffic masses from the neighbor streets would rush upon those virgin roads.

photos by g60 and dolboeb

24 thoughts on “Road to President”