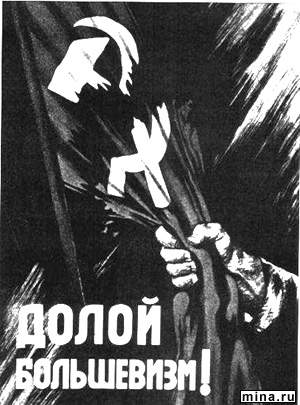 During World War 2 German Nazi propaganda machine used also posters on Russian language in order to convince Russian people that German army liberates them from Soviet dictators and that most Soviet leaders are of Jewish origin, as you know Hitler hated them.

These propaganda was used in “liberated” areas of Russia that were under short term German reign. Some historical evidences though show that during this times there was a reasonable economic growth on those territories free of Soviet “anti-privacy” acts.

The one above is simple: “Down With Bolshevism!” 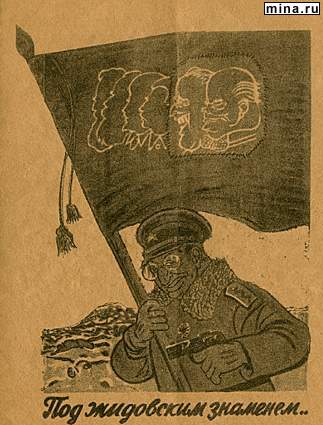 This one depicts a guy with a Soviet flag and there is written “Under the Jewish flag”. 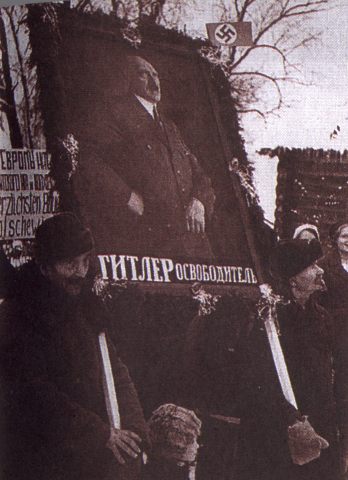 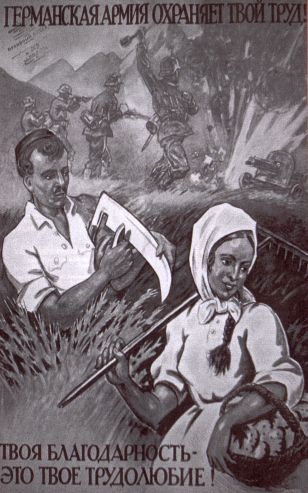 “German Army protects your labor. You should payback with diligence” 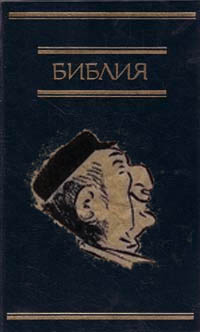 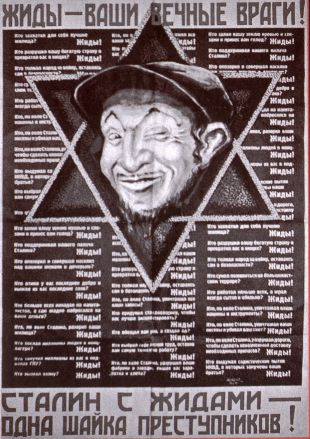 “Jews are your eternal enemies! Stalin and Jews are the gang of criminals!”