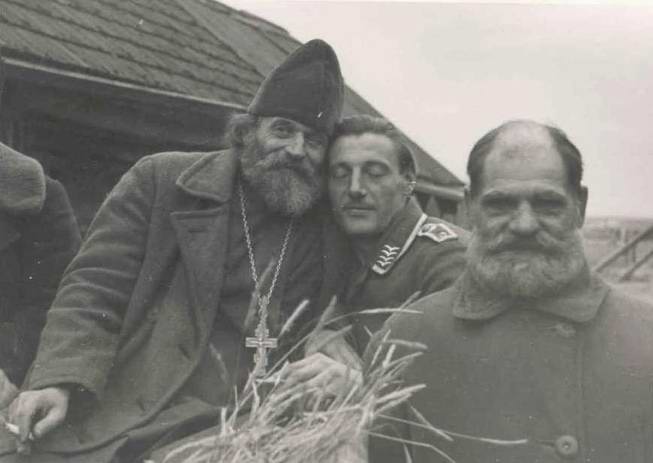 Yesterday we had a photo of Russian and Nazi officers posing together being in friendly relations – just before Nazi invaded Russia.

Today someone submitted us a photo from a family archive which was made already during the Nazi invasion to Russia. Russian Orthodox Christian priest and a Nazi German officer looking like old-time pals. Maybe that’s because Soviets oppressed church in Russia but Germans came and they started feel themselves free? But Germans were catholics and it was not so easy for them to accept another branch of church. Who knows, too many lies were issued by governments and too much truth was concealed.