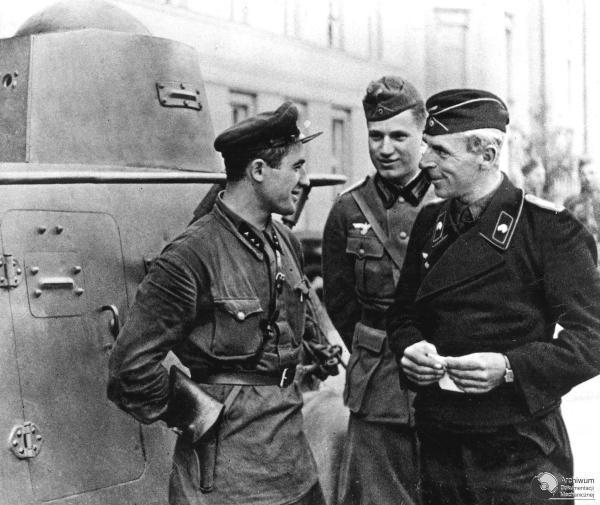 Right before the WW2 often you could meet German Nazi and Soviet officers chatting together in Europe like friends on different parades and military events. Even when the whole Europe was occupied by the Nazis they were in friendly relations with Russians. They say that the German attack on the Soviet Union was a big surprise to Mr. Stalin and he didn’t want to believe first hours after the attack started that it had happened, didn’t give any order to counter-attack, he was waiting this would stop as some big error from German side.

36 thoughts on “German Nazi and Soviets Were Friends”