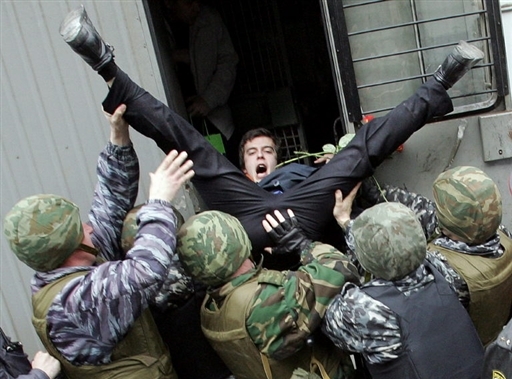 This weekend in Moscow there were some civil actions. Many Russian bloggers post photos from the events, but the most popular photo is this one. By the way it’s not just a unlucky guy on the photo but a reporter from a Russian newspaper.

179 thoughts on “This Weekend in Moscow”