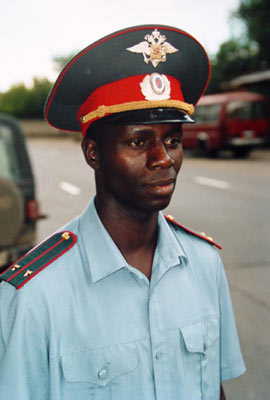 What seemed impossible just a few years ago no came to reality in Moscow. Meet African-Russian police officers on guard of order in Moscow city.

71 thoughts on “African Police in Moscow”