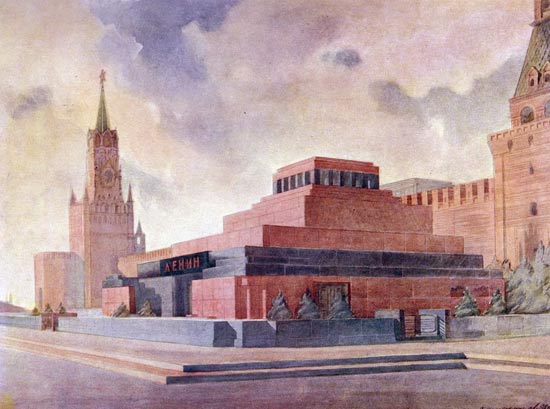 Probably all of us have heard of the Lenin’s Mausoleum, a structure placed in the middle of the Red Square right to the Kremlin.

There is a Lenin’s body inside, conserved and set for display.

But it was not the same through all the Soviet Era. First it was designed as on the picture above. 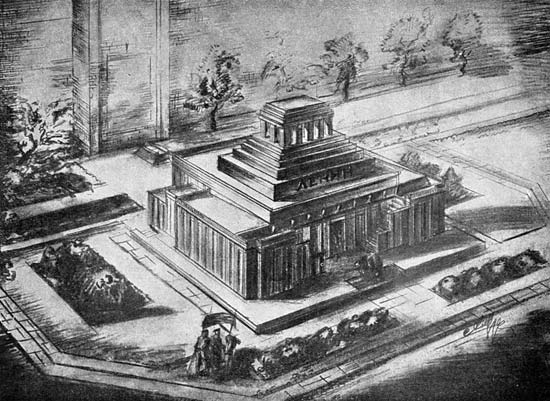 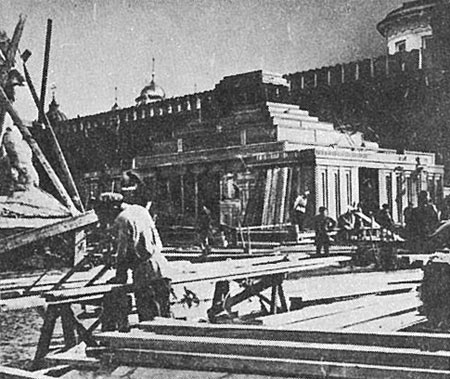 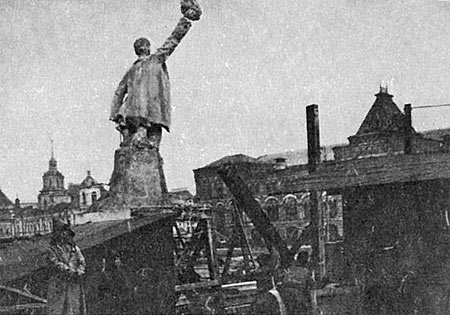 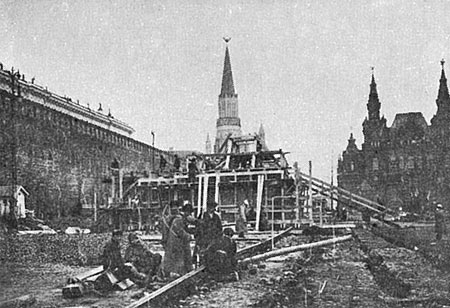 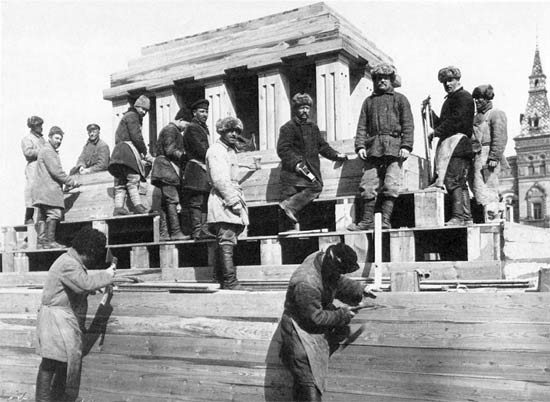 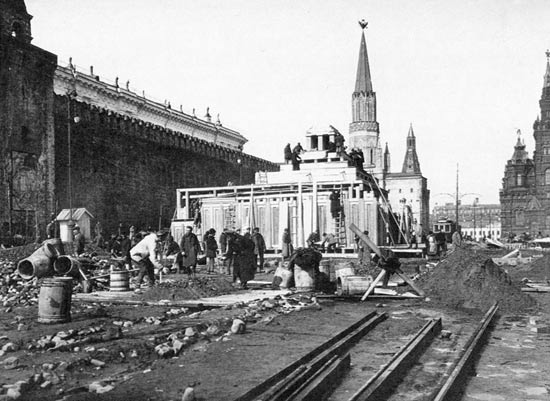 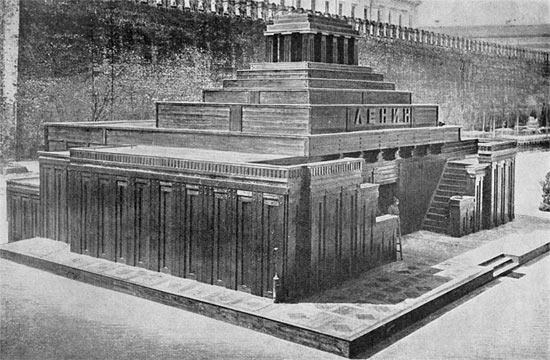 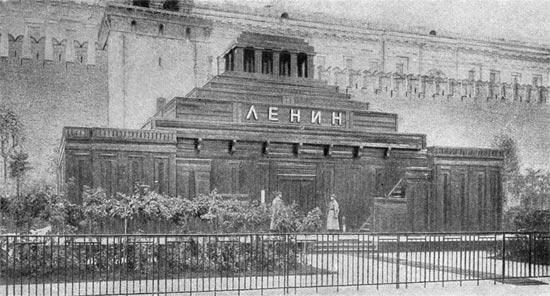 So at first it was made of wood. 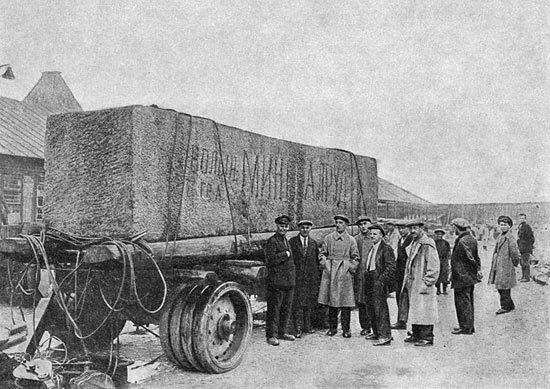 But then a few years later they decided to rebuild it according to the original project and started bringing big granite blocks to the Red Square. 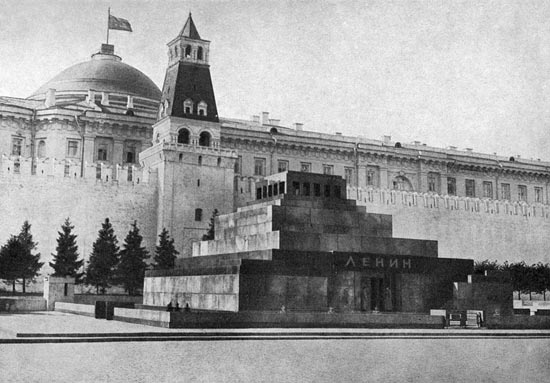 So it was now rebuilt with stone and looked more stylish now. 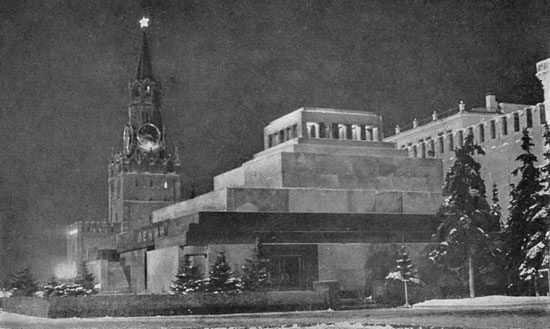 But it still had no platform. That famous platform at which all the Soviet leaders meet Soviet Army parades. 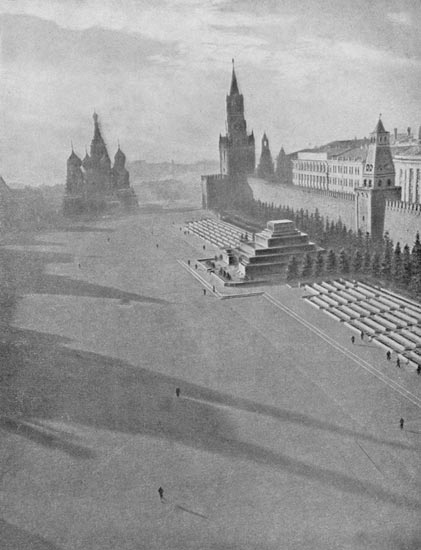 But then World War II began and they had to build a house around the mausoleum so that to hide it from Nazi bombers. After the menace of German air force passed away, they built this platform for Soviet leaders. And then in 1953 Stalin died. So they put Stalin inside the Mausoleum and it got inscription “STALIN” right below “LENIN”. And this is how it looks nowadays.

24 thoughts on “History of Lenin’s Mausoleum”