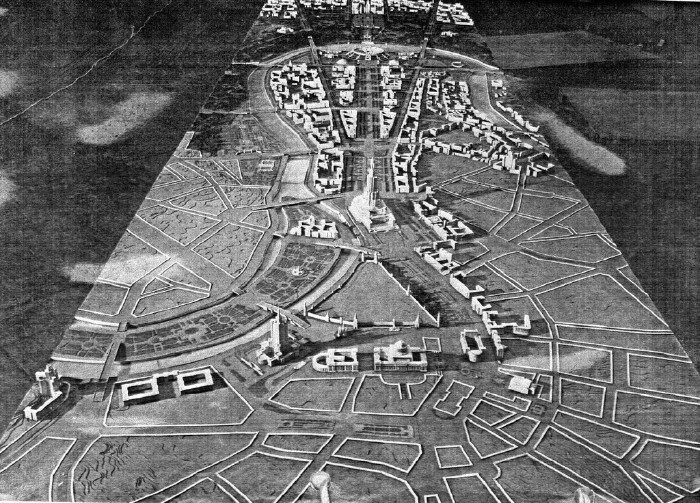 This building, the skyscraper with a giant Lenin statue on top was never built.

It was projected on the 3-d construction plans as you can see on the image above but was never started, and some say it’s a big pity it wasn’t.

So one guy decided to insert this Soviet skyscraper in the views of modern Moscow to see how it could look like if it was built. 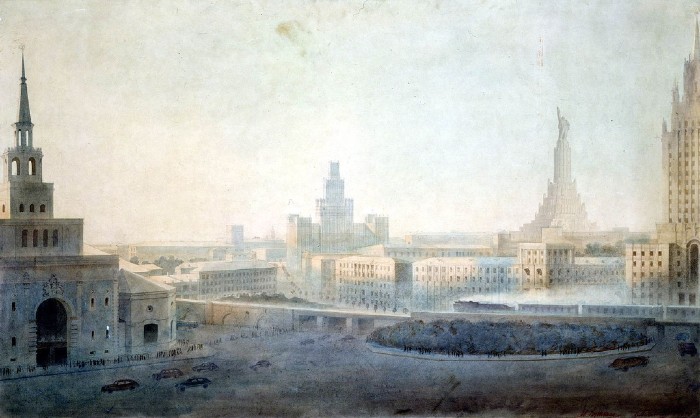 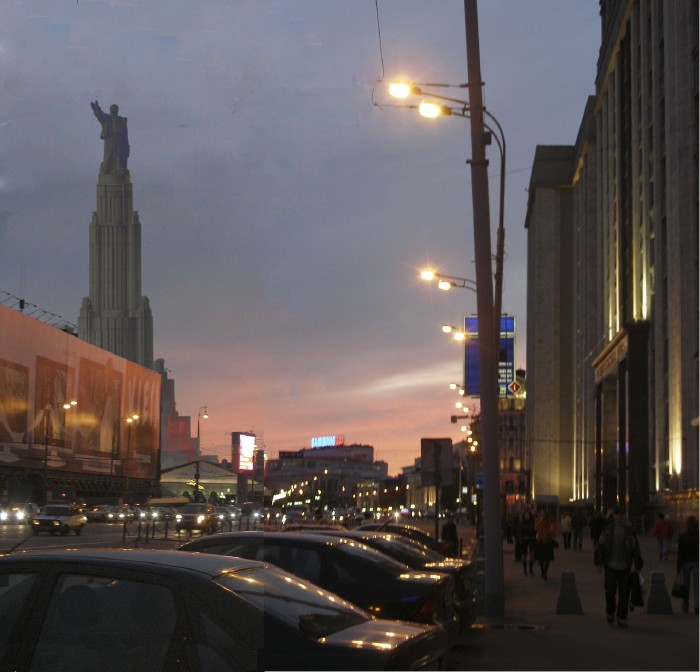