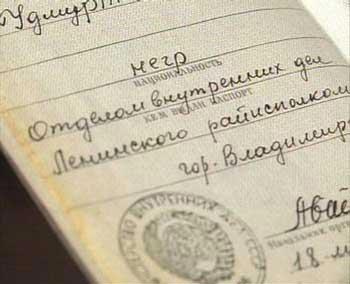 In Soviet Russia everyone had to have a passport. And everybody had to state his race in the passport.

All people had Soviet Union citizenship but the additional, racial field “nationality” was obligatory to fill. And you couldn’t say yourself who you are – you had to prove it showing your birth certificate where the nationalities of your parents also had to be stated. You could only choose from those two.

On the pic above you can see photo of this page in old Soviet passport, in the field nationality there is written… “negro”.

In the beginning of 90s this field was taken off from the new Russian passports. But what that’s middle of 90s. Just 15 years ago.