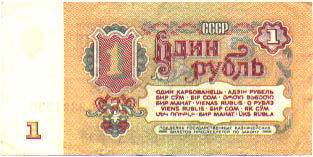 These ones are from the Soviet era. 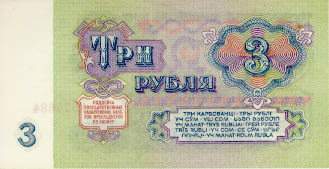 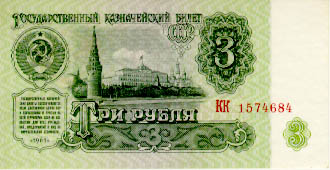 With the Kremlin depicted. 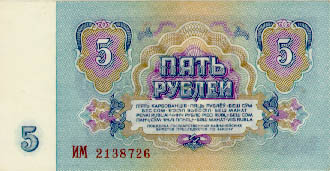 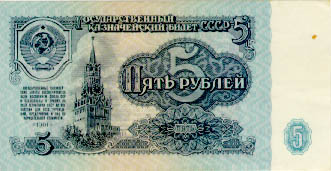 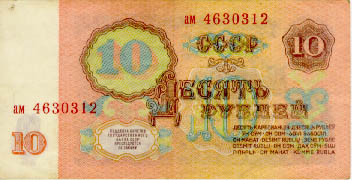 Russian ten roubles, there is no Kremlin but there is Lenin. 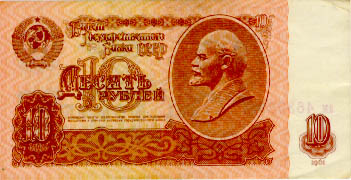 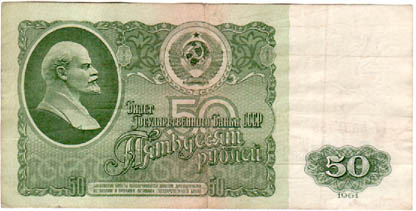 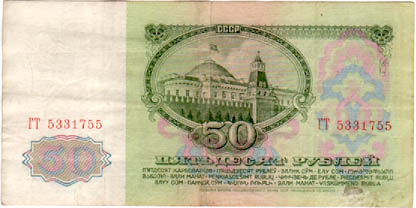 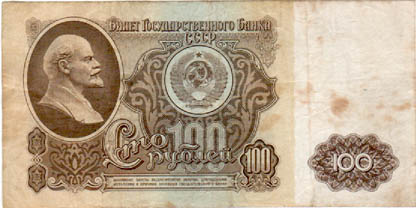 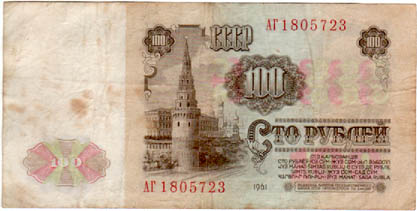 And five hundred roubles (with Lening and Kremlin) – it appeared far later than previous ones, only in 1991 and existed just a few months. 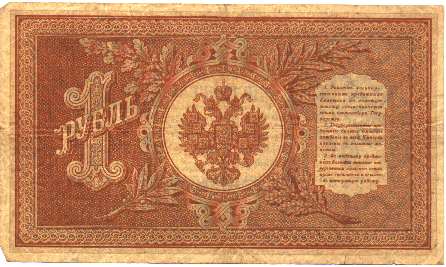 These are bill from pre-Soviet Era. From old Russia. This one is one rouble. No Lenin. 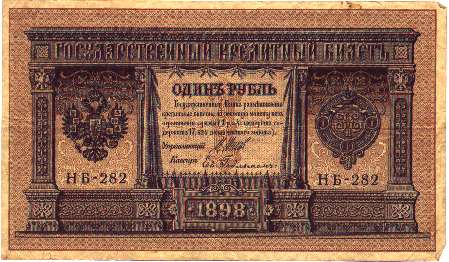 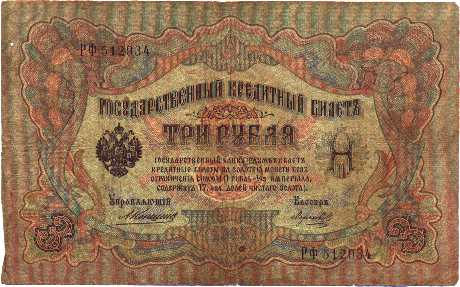 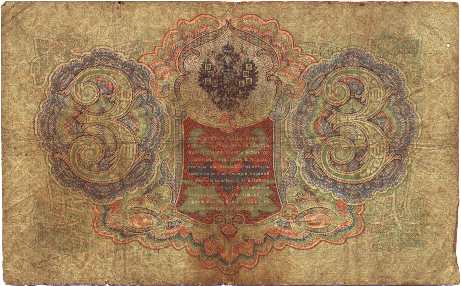 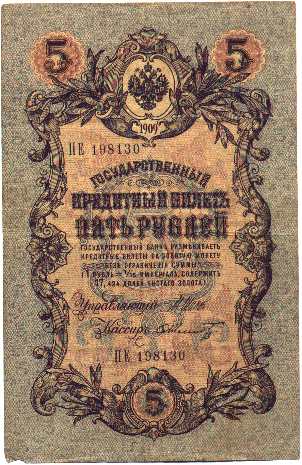 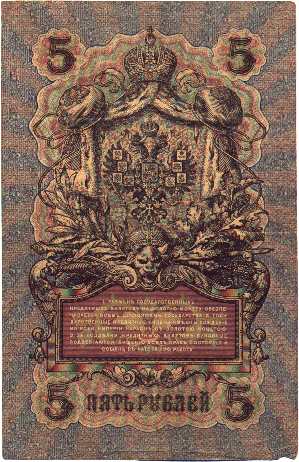 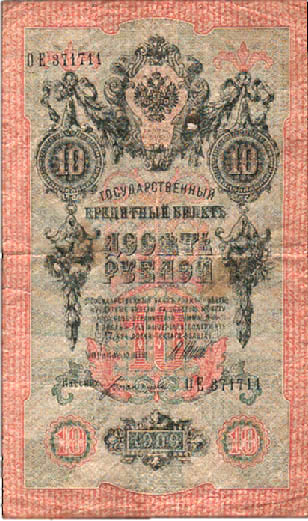 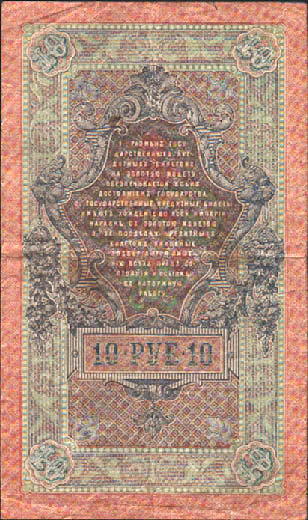 And these ones below were temporary money between old Russian and Soviet Russia. Mostly with Lenin. 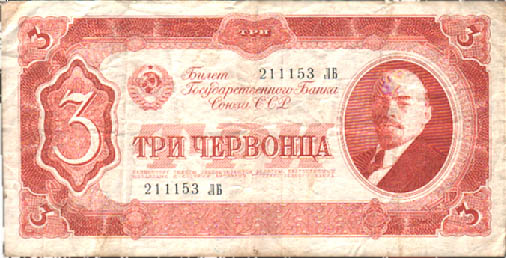 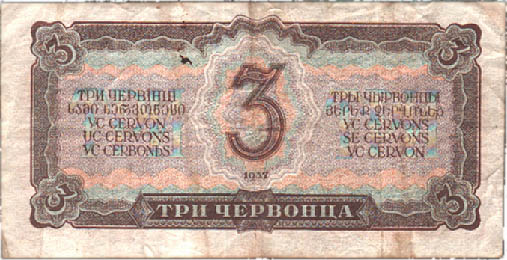 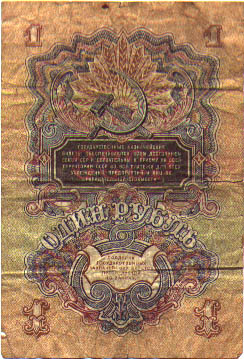 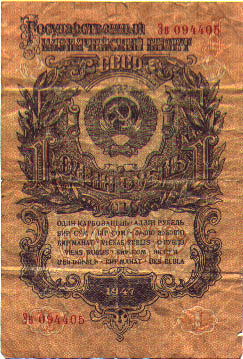