Another shot showing how people can get used to anything. This old women seems like she doesn’t care at all about the battle going on around her. 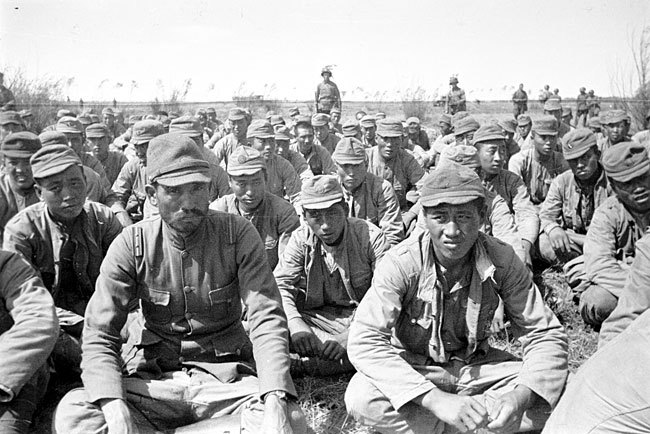 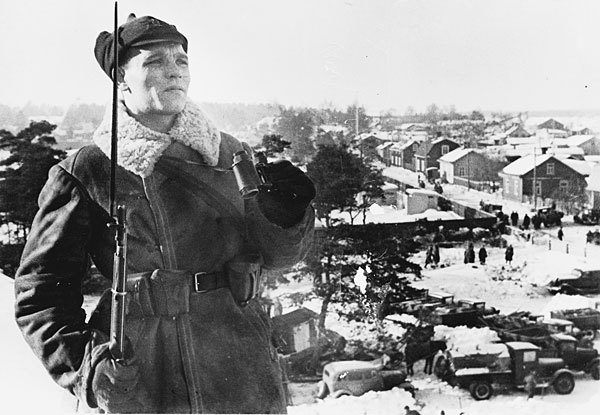 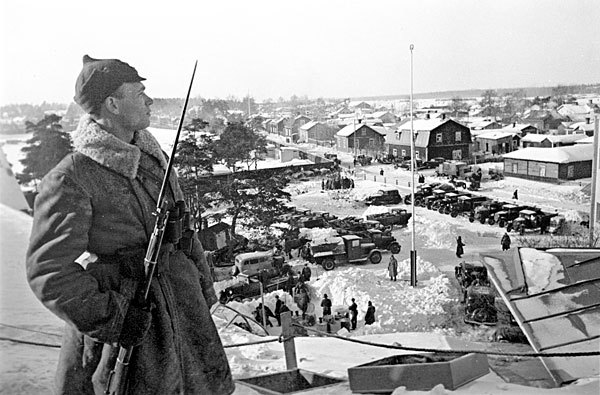 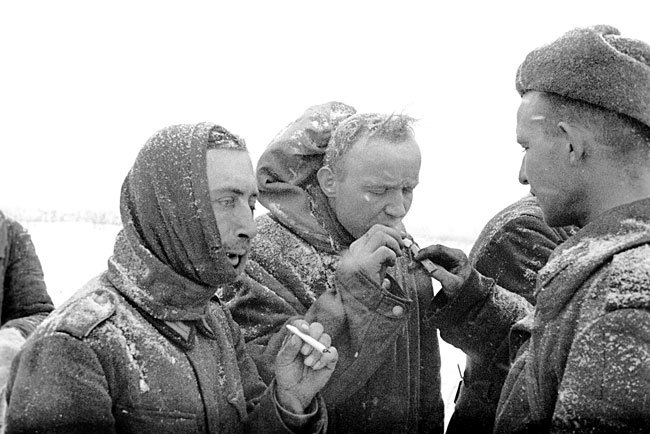 German captives. Russian soldiers don’t beat them or anything, on the contrary they are giving them cigarettes and a light.. An infantry detachment is trying to shoot down German Nazi planes. The troop advances and the train moves beneath them.. 68 thoughts on “More Photos from WW2”