In one of the regular inner yards of multi-stored buildings in St. Petersburg there is a whole collection of Middle-American Mayan statues standing under open air and not protected by anybody, left all by themselves.

The story of them appearing there starts in 19th century when Academy of St. Petersburg sent a group of explorers to Middle America. They visited through all of Yucatan, collected different things for St. Petersburg’s museums. By the way they noticed and bought a set of Mayan idols from Chichen Itza ruins. Upon the return of expedition smaller objects were placed into museums but nobody has found a good place for those Mayan statues and they were left all by themselves in the back yard, dug into ground.

A few years passed and Soviet Revolution happened, all the museums were messed up, all the buildings were nationalized by Soviets and were used for a totally different purpose then before. In many churches warehouses were founded as the result of total atheism of new Russian authorities, and many museum were turned into something else as a result of ignorance.

So hundred years passed and those 1500 year old Mayan deities stand, abandoned and not worshiped by anyone except accidental Russian teens searching for a place to have a beer outside in some public backyard. 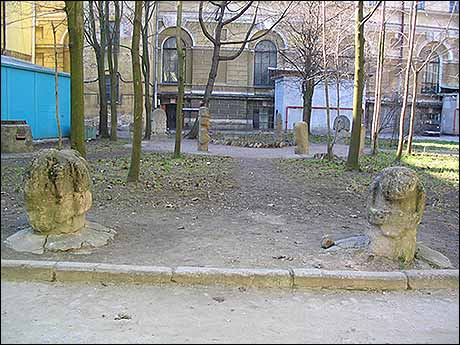 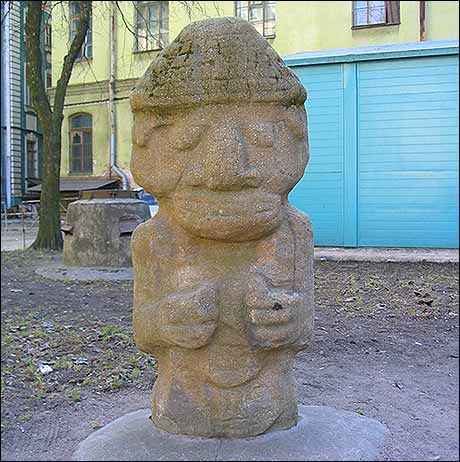 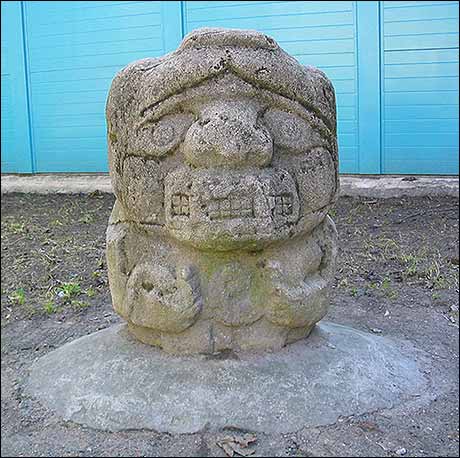 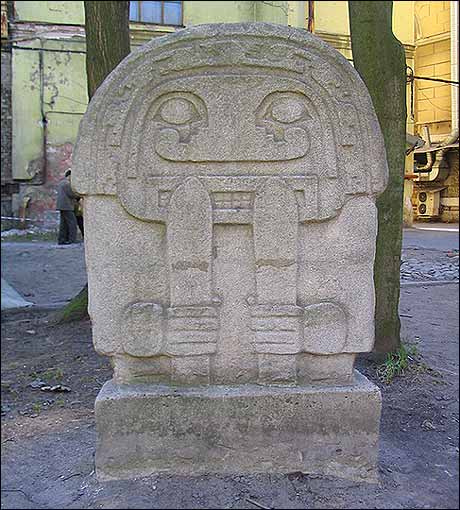 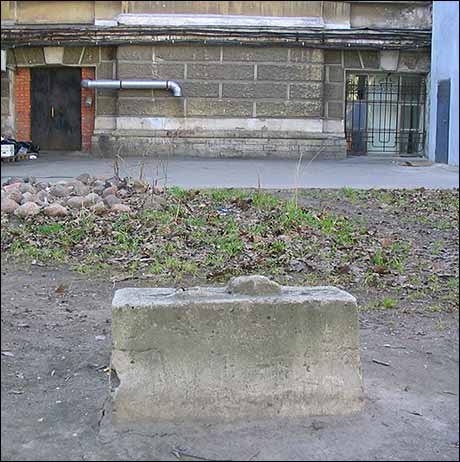 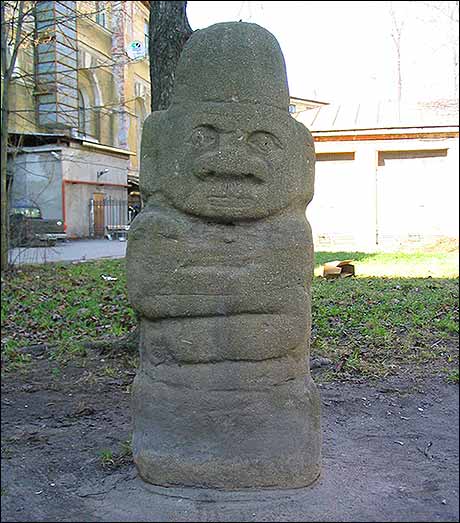 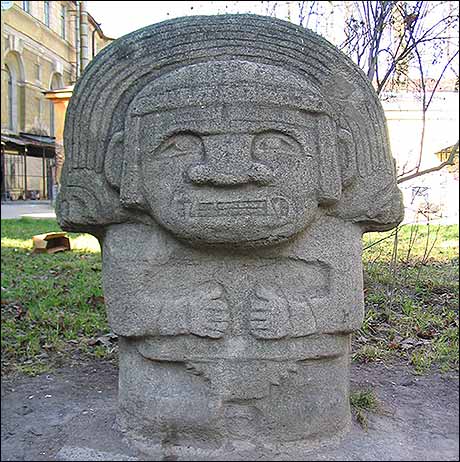 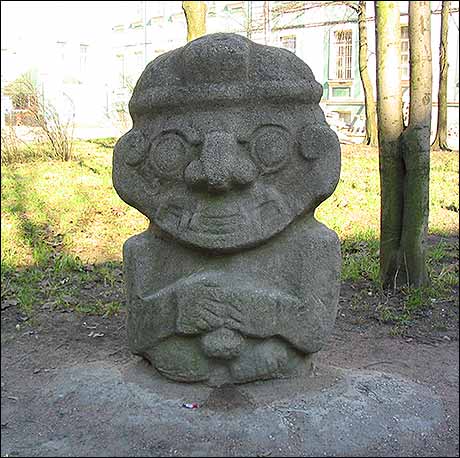 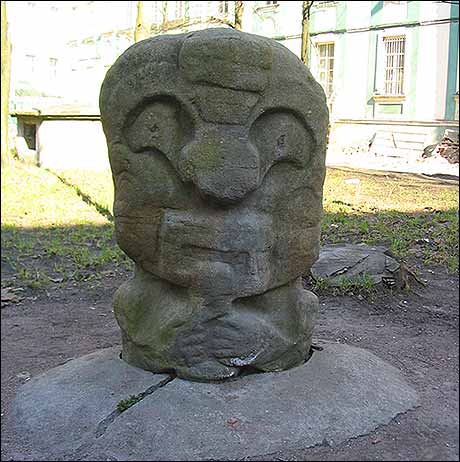