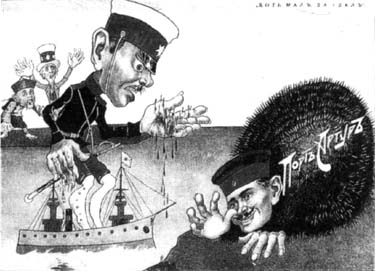 In the beginning of 20-th century Russia participated in the war with Japan.

Some our readers asked if there were some propaganda posters from that times. 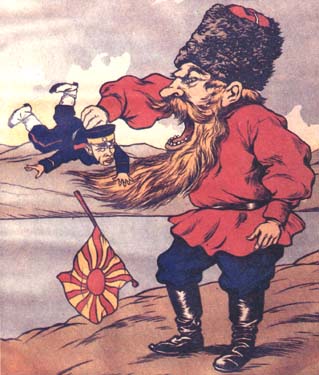 This one shows how Russian soldiers eat Japanese ones for a breakfast. It was called “Russian Breakfast”. 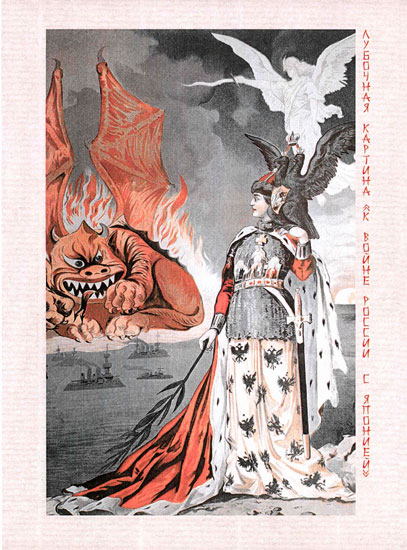 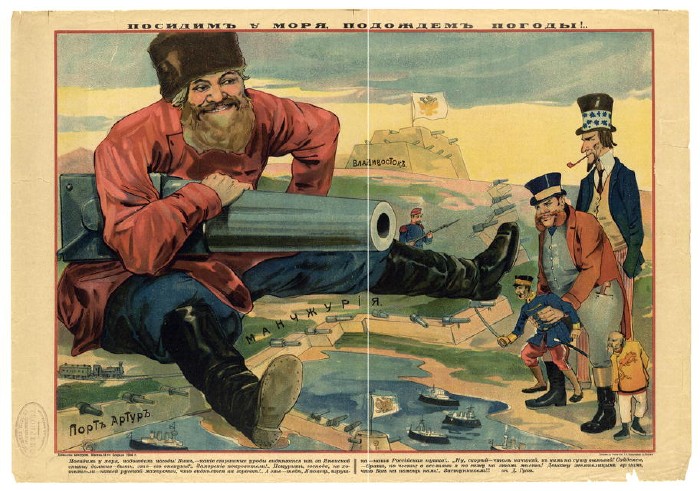 Here there is a Russian soldier sitting and showing with all himself that small Japanese guys cannot do him any harm. Especially taking in the account his Big Gun. 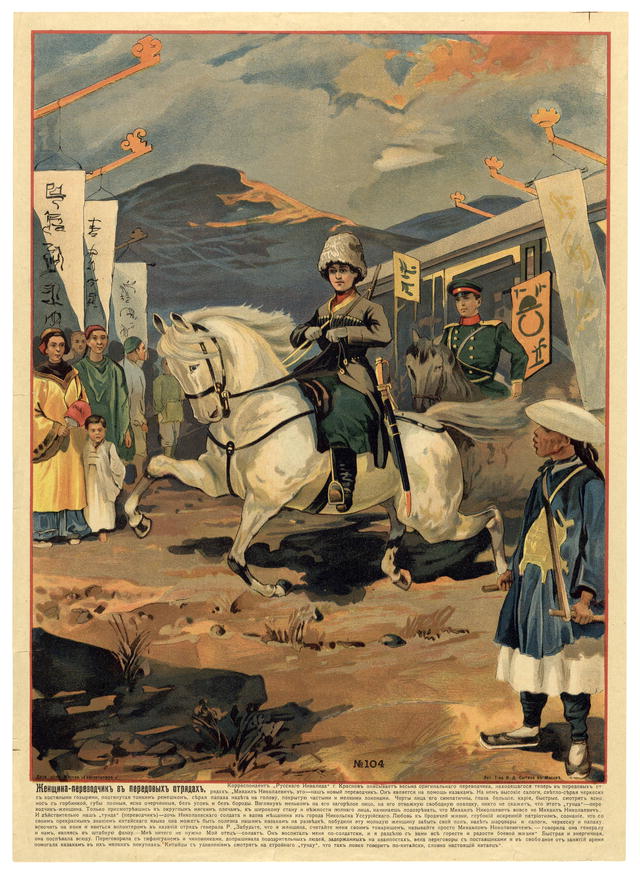 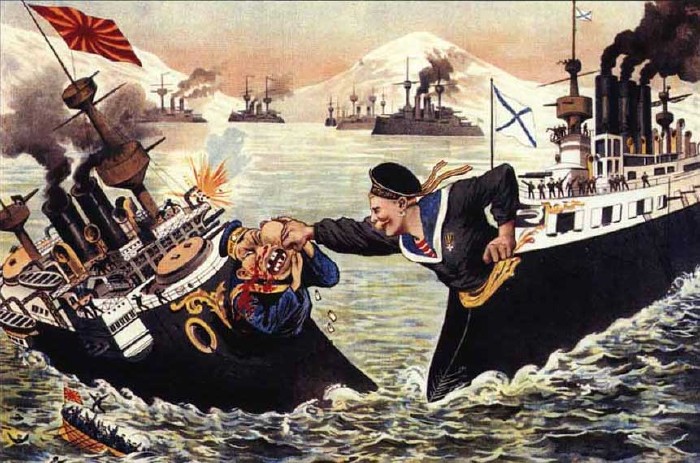 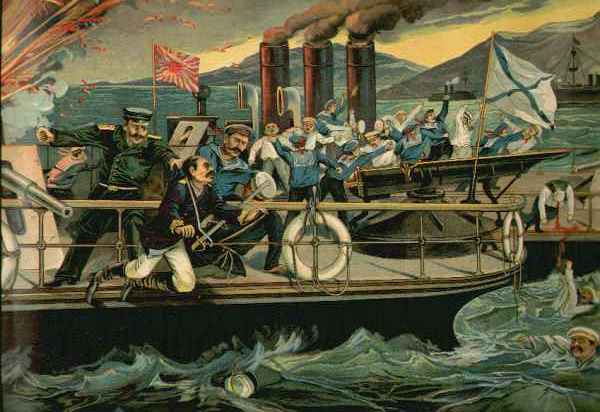 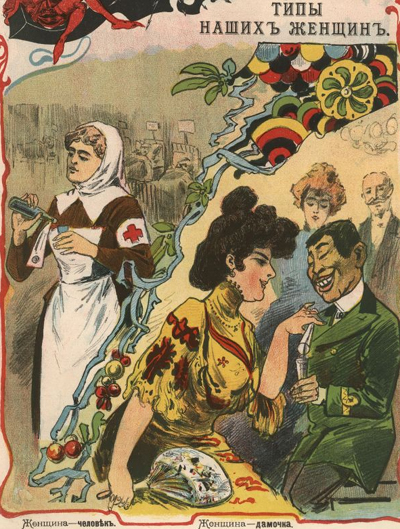 In Russia women cure man, in Japan women only excite lust in men.