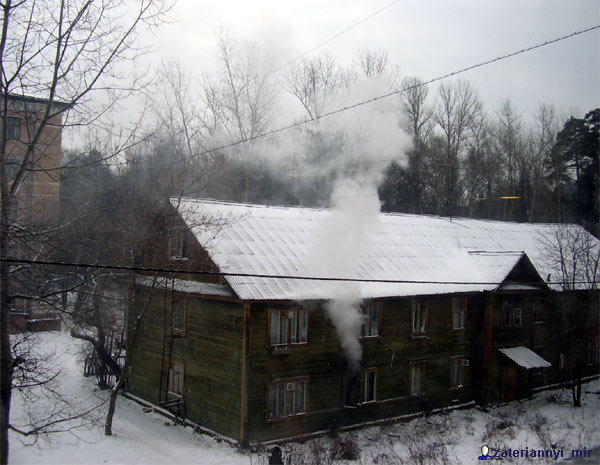 This is a story of one fire which happened in a town near Moscow. There are a lot of such wooden houses all over Russia. These houses are for a few families and you may say only poor people live there but it’s a big fraction of Russian families still live in such wooden old houses, without a hot water and gas supply.

And also if somebody is getting on fire then all the house is risking to be burned to ashes. Also according to the comments you would be able to see how fast are Russian firemen.

On the picture above you can see the start of the fire. None seem to care – none sees the fire so probably nothing special is going on, maybe some cooking. 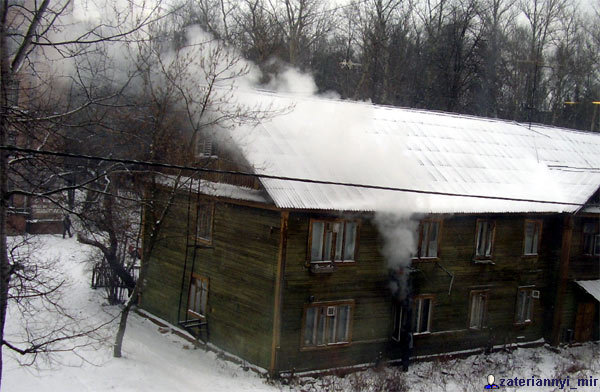 6 minutes passed. Now one can see some fire. Seems that it is a fire going on. We need to call the fire squad. 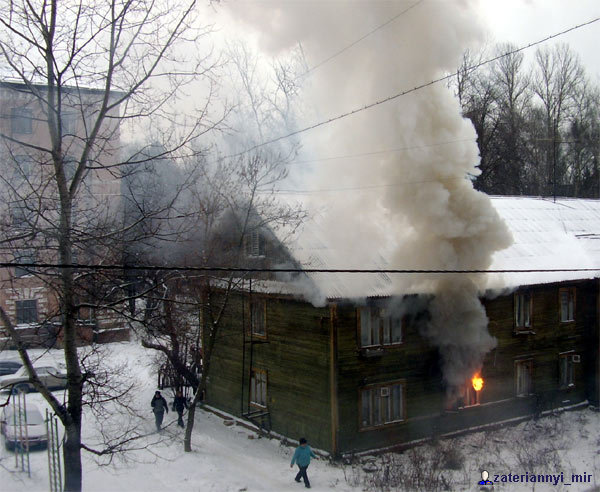 7 minutes. The room is on fire. People think about taking out the people that might be inside. 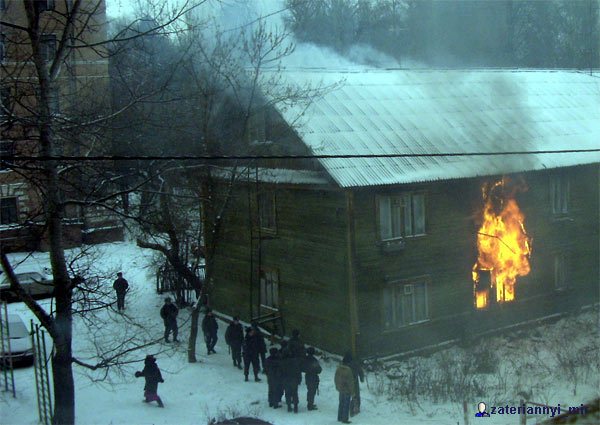 9 minutes. People try to save the expensive electrical appliances from another room. Somebody brought the fire extinguisher but gave up using it. 16 minutes. The second store and the attic are already on fire. Where are the firemen could you wonder but  None wonders from these people, they know they shouldn’t wait for fire squad so fast. 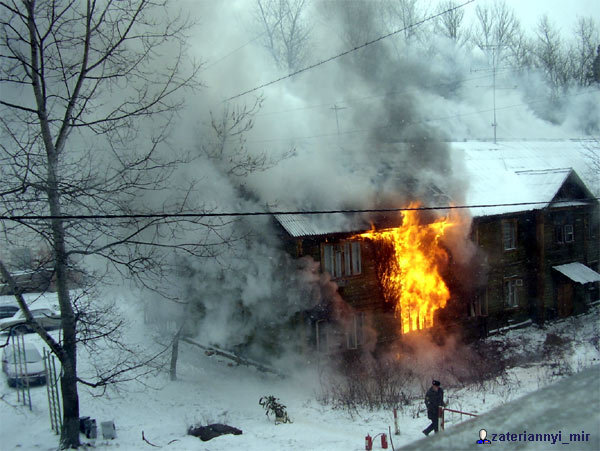 21 minutes passed. Somebody brought a guy from the burning room, he is poisoned with smoke, felt down and got some trauma. 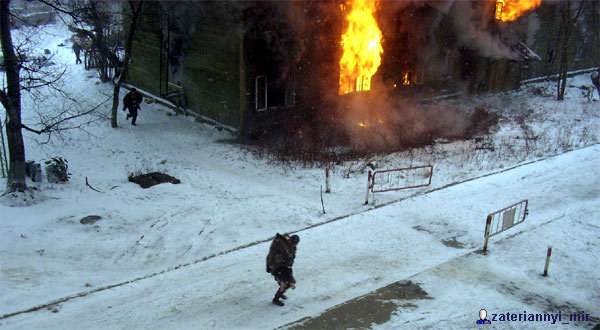 22 minutes. Half of the building is on fire. Where are the firemen? 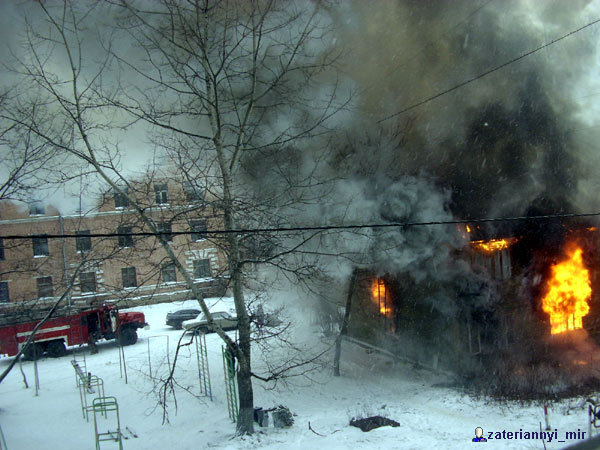 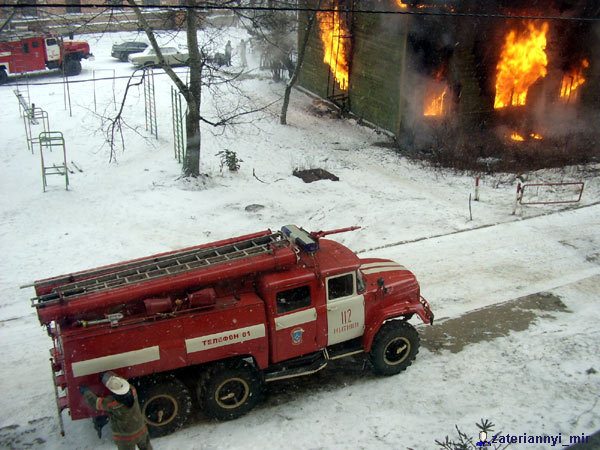 But they are out of water. Now they try to find the source for water. There are no street fire hydrants in Russia so they try to get water source in nearby buildings. 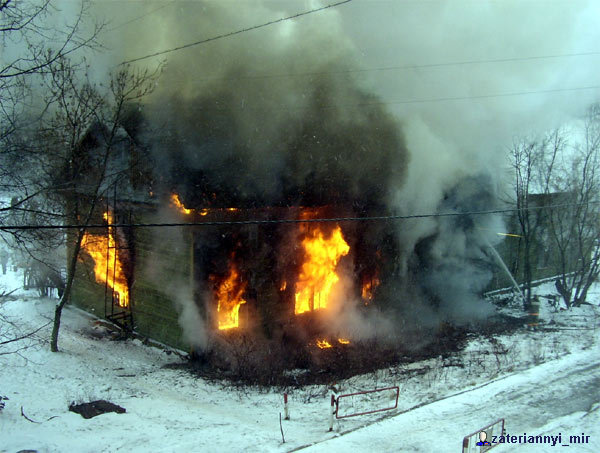 36 minutes passed. They try their best but still can’t to shut down the fire. 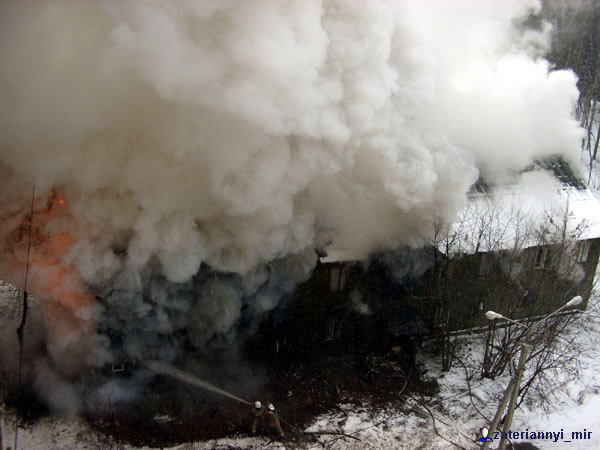 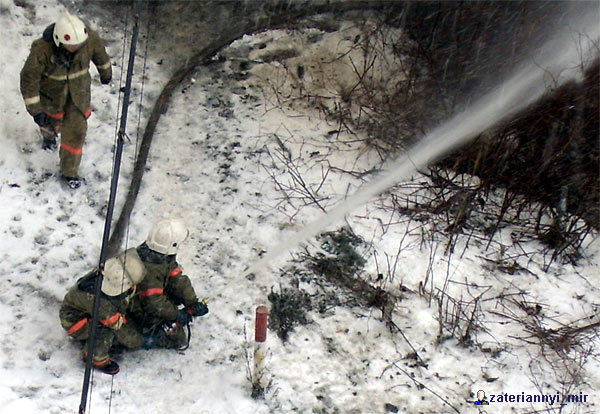 51 minutes passed. Ambulance arrives to evacuate the guy and maybe others who was affected by fire. 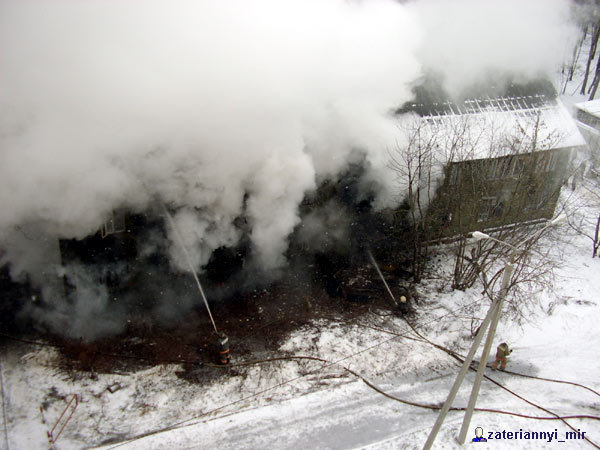 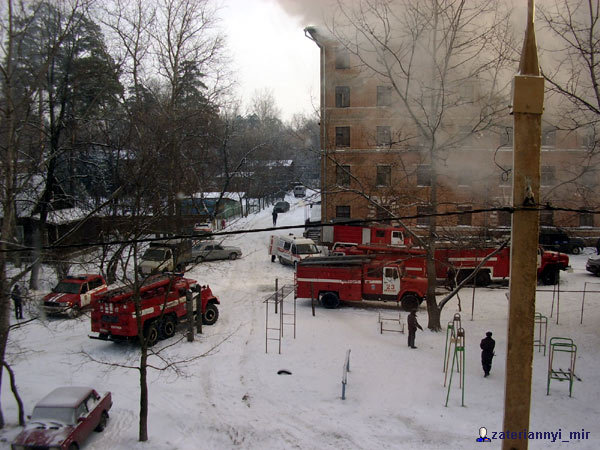