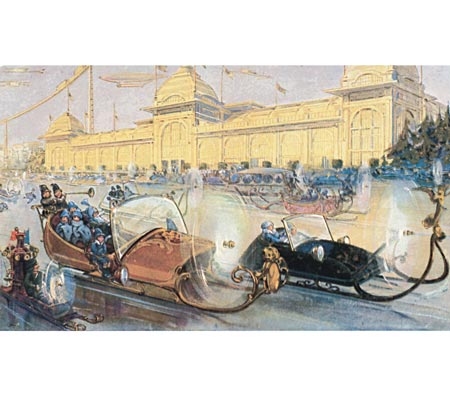 This is a series of old postcards back from 1914 describing their look in future of Moscow city.

We now can see were they successful or not.

The picture above shows how should look one of Moscow highways in 200 years after 1914. It should be totally polished with an ice so that ultramodern air-motored sleighs could glide fast and easy. 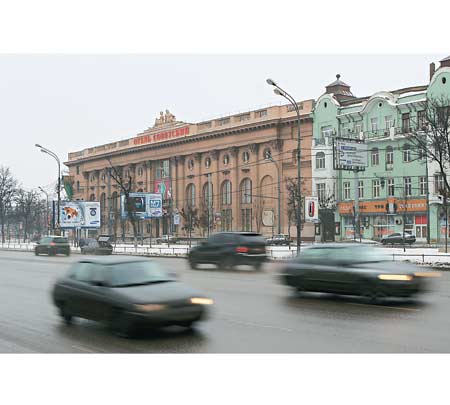 Of course 200 years have not yet passed, but in 93 years after the postcard was issued there are no sleighs, no ice, only some dull gray cars glide through asphalt road of Leningrad highway in Moscow. 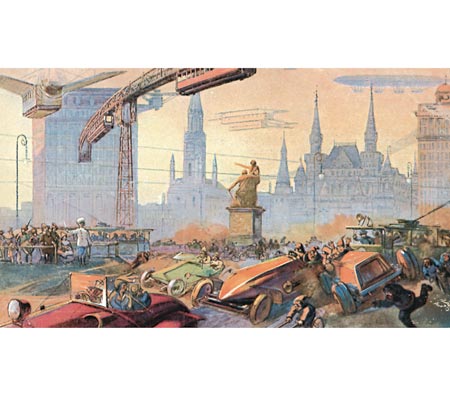 Red Square in the center of Moscow city should be turned into real mess in 200 years. Different unknown yet but soon to be built flying vehicles, multi level subway systems all over the Red Square and a policeman standing in the middle with his sword ready. 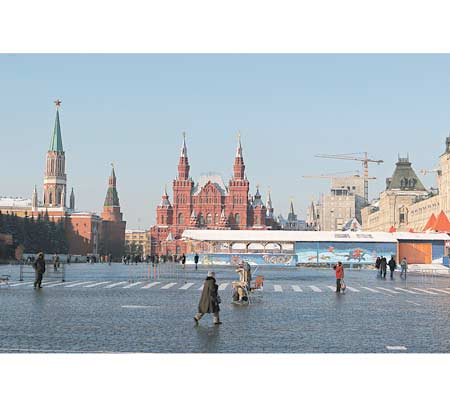 It’s a pity but there are now  multi-level subway on the Red Square. All the traffic is banned in this place at all. It is too close to the essence of Russian power – stronghold of Russian democracy, the Kremlin. And yes there are some policemen. A lot of them. 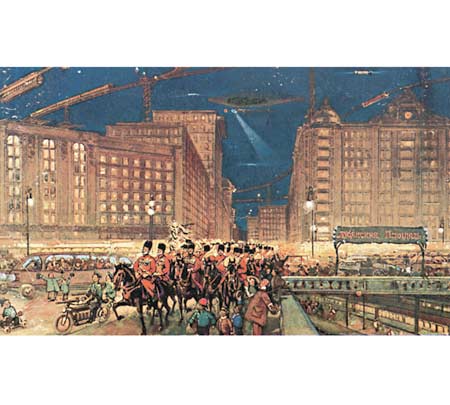 Now the “Lubyan Square”, another square in Moscow downtown. Prophets from 1914 thought that hundreds of airplanes and dirigibles would cruise above the Moscow even at night. Also there are special lines of air based rail road standing high above the city with its railroad cars moving above the heads of the citizens. Down there there is also a subway (there were no subway in Moscow in 1914). And a troop dressed in colorful red uniform using horses move through the square. 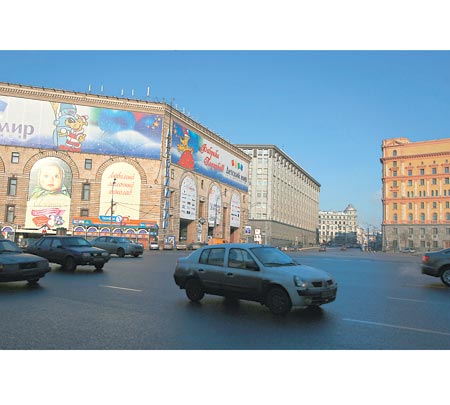 And they couldn’t know back in 1914 that Lubyan Square would get a sad fame for the KGB (now FSB) building standing in the middle of it. Yes, they didn’t know back then that something like KGB would soon appear.

But what is interesting that most of the building on this photos were built AFTER the postcard was drawn – in late 50s, so the author of the postcard managed to see the architectural style of this Moscow square. 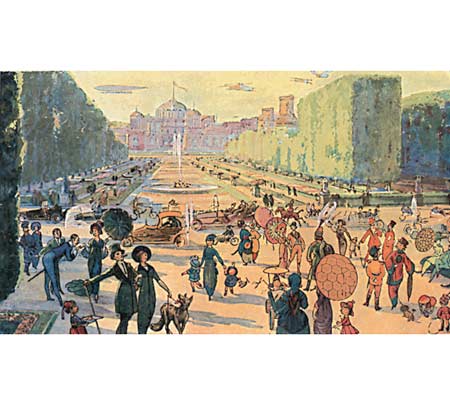 “Very wide alleys would appear, people would walk and enjoy themselves” 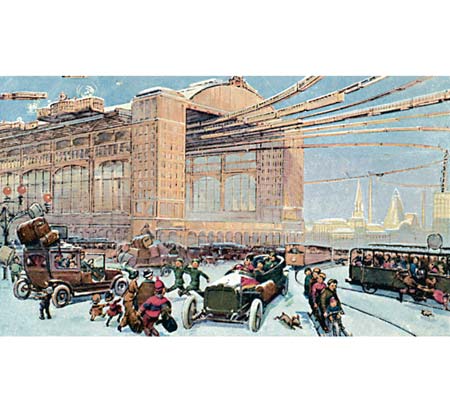 A central railroad station in the middle of Moscow – connecting the routes from all the distant Russian regions – on-ground and above the ground ones.

These days there are a few railroad stations in Moscow, but there are no any railroads in skies. 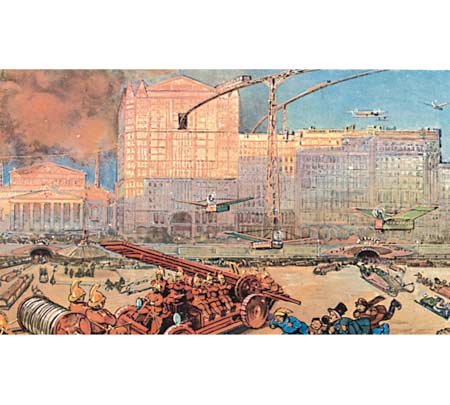 Another Moscow square. Same ideas – railroad in the skies delivering passengers directly inside the buildings, a lot of cars and some flying apparatuses. River of Moscow is now an international port. All the corporations have built their offices across the river.

Did they really nowadays? Giant multi-stored (to the left) steamships move through Moscow river. There is no military fleet in the world after the agreement signed by all the nations. Oh yeah. And this is a backside of one of the postcards. It says that usually postcards depict past but the authors of this series decided to depict the future. But who can really know the future?

6 thoughts on “Prophetic Postcards Back From 1914”